The first movement embraces a loose sonata form. The key areas provide a continuation of the tonal juxtaposition displayed in earlier works (notably the Symphonies No. 6 and No. 7). The work opens with a hesitant, syncopated rhythmic motif (which Leonard Bernstein (1918-1990) suggested is a depiction of Mahler’s irregular heartbeat, which is heard throughout the movement).

The brief introduction also presents two other ideas: a three-note motif announced by the harp that provides much of the musical basis for the rest of the movement, and a muted horn fanfare that is also heard later. The main theme quotes the opening motif of Ludwig van Beethoven (1770-1827)‘s Piano Sonata No. 26 “Les Adieux”, Op. 81a, which coincidentally marked a turning point in Mahler’s early musical career as he performed “Les Adieux” during his graduation recital in college.

This is the descending F-E second which is resolved only at the end of the movement. In the development, it is heard in the horns and clarinets in Ludwig van Beethoven (1770-1827)‘s original form, with a third descending into a fifth. At the height of the development, the trombones announce the rhythmic “heartbeat” motif, marked within the score “Mit höchster Gewalt” (with greatest force). This has been interpreted as a sudden intrusion of “death in the midst of life,” and it leads into a solemn funeral march, marked “Wie ein Kondukt” (like a procession), on a timpani ostinato of the harp’s three-note motif. Low bells are heard here for the first and only time in the symphony, accompanying the timpani in the three-note motif. Near the end of the movement is a remarkable example of Mahler’s linear polyphony, in which piccolo, flute, oboe, and solo violin imitate bird-calls.

Alban Berg (1885-1935) asserted that this section was a “vision of the hereafter.” English conductor Sir Roger Norrington pointed out in his interview with fellow conductor Charles Hazlewood that was broadcast on BBC on 25 July 2011 prior to his performance of Mahler’s Ninth Symphony with the Stuttgart Radio Symphony Orchestra, that Mahler quoted five times Johan Jr. Strauss (1825-1899)‘s waltz for the opening ball of Gesellschaft der Musikfreunde (Musikverein, Musikvereinsplatz No. 1) in Vienna, titled “Freut euch des Lebens” (1870), or “Enjoy Life”. Mahler studied at the Musikverein five years after it was built, and Norrington asserted that Mahler associated the waltz with his youth.

In the first movement, the music emerges barely noticeable at first. A cello tone in pianissimo is answered by a harp motif, from which a sighing motif develops, which is of greater thematic significance in the whole movement. Mahler texted this original motif with the words Leb (Lebe wohl, Farewell!). Weighing chords of the strings sing the motif. Over this basic structure a contrapuntal dialogue develops between the second violin and the horn. The latter often stands for wistful-dreamy memories and yearning in Mahler. A dramatic Tuttischlag changes the restful mood and leads to a darkened passage. This is determined by the trombones, timpani and the bass instruments and represents, so to speak, the weighty counterpart to the self-contained living-well-motive. The change of the two contrasting sound-worlds is often caused in the course of the movement by a sudden trumpet-signal.

The theme fragments and motifs wander through the different orchestral parts. Although the gloomy sections are increasingly taking over the course of the sentence, the horn succeeds again and again in the connection of the original motif. The event finally leads to a Morendo section where a forward-moving fortissimo leads to the collapse of the music. From this, a new beginning of the original motive, which quickly collapses, develops only with difficulty. A little later, another large-scale wave of increase in the triple piano begins and flows after great increase “with the utmost force” in a funeral march (“like a heavy conduction”).

The original harp motif is here violently intoned by timpani and trombones and serves as the basis for a lament of horn and trumpet. The original motif is now becoming more and more apparent in all instruments, but it is often threateningly distorted and altered. An immediately following and unusually alien-looking Misterioso section introduces the end of the sentence. A dialogue between horn and flute acts like an orchestral cadenza. A magnificently increased return of the original motif in the whole orchestra leads to a final section, in which the sentence seems to cease to be strangely enraptured. In the clarinet, the original motif appears again in a delicate way. At this point Mahler wrote the “goodbye” to the notes. The motif disappears in a process of dissolution, in which the rousing sentence fades away in supreme transfiguration. 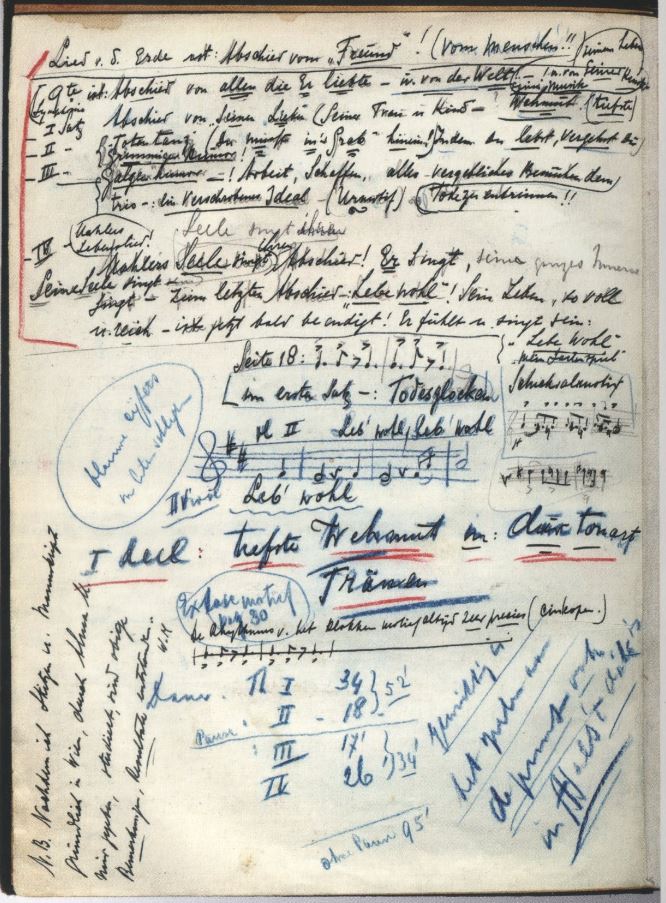 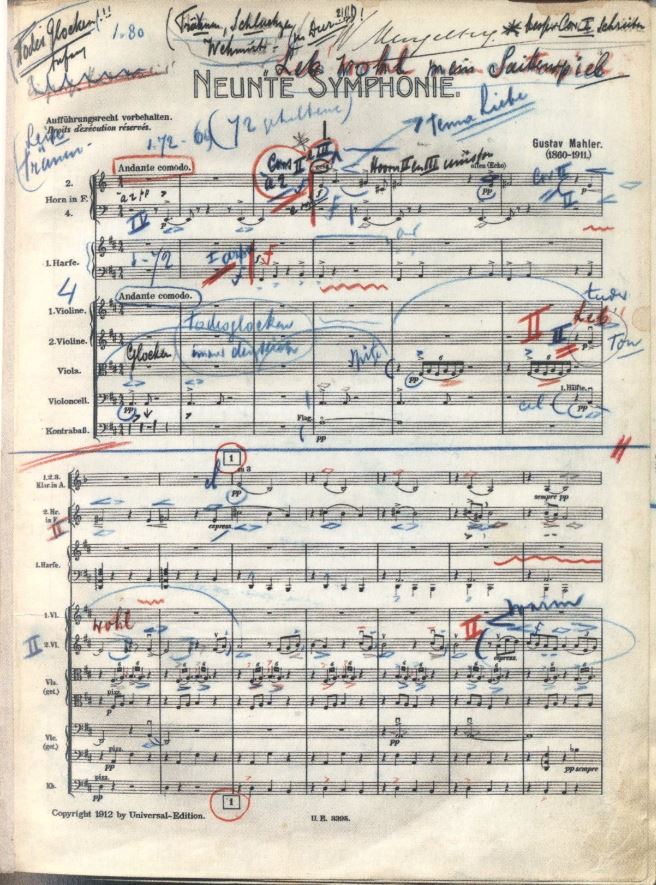