The third movement, in the form of a rondo, displays the final maturation of Mahler’s contrapuntal skills. It opens with a dissonant theme in the trumpet which is treated in the form of a double fugue. The following five-note motif introduced by strings in unison recalls of Symphony No. 5, Movement 2: Stürmisch bewegt, mit größter Vehemenz.

There are two similar fugues in the movement, of which the final is unique in that it presents the subject in subsequent fifths instead of the fifth and the octave as most fugues do. The violent contrapuntal music is leads twice by a sarcastic parody of Viennese popular music at the time, such as that of Franz Franz Lehar (1870-1948).

The texture is interrupted about halfway through by a slower serene section, with a theme based on material from earlier in the movement but with a completely different character. The theme is based on a cantus-firmus-like idea, and features a turn which Mahler later uses in the finale of Movement 4: Adagio. Sehr langsam und noch zuruckhaltend to great expressive effect. This surreal image is rudely interrupted by a crass statement of the theme in the clarinets. This leads into a reprise of the opening music, and an accelerando to the end. The addition of Burleske (a parody with imitations) to the title of the movement refers to the mixture of dissonance with Baroque counterpoint.

Although the term “Burlesque” means “humorous”, the actual “humor” of the movement is relatively small compared to the overall field of manic violence. The autograph score is marked “to my brothers in Apollo” and the movement may be intended as a sarcastic response to the critics of his music at the time. 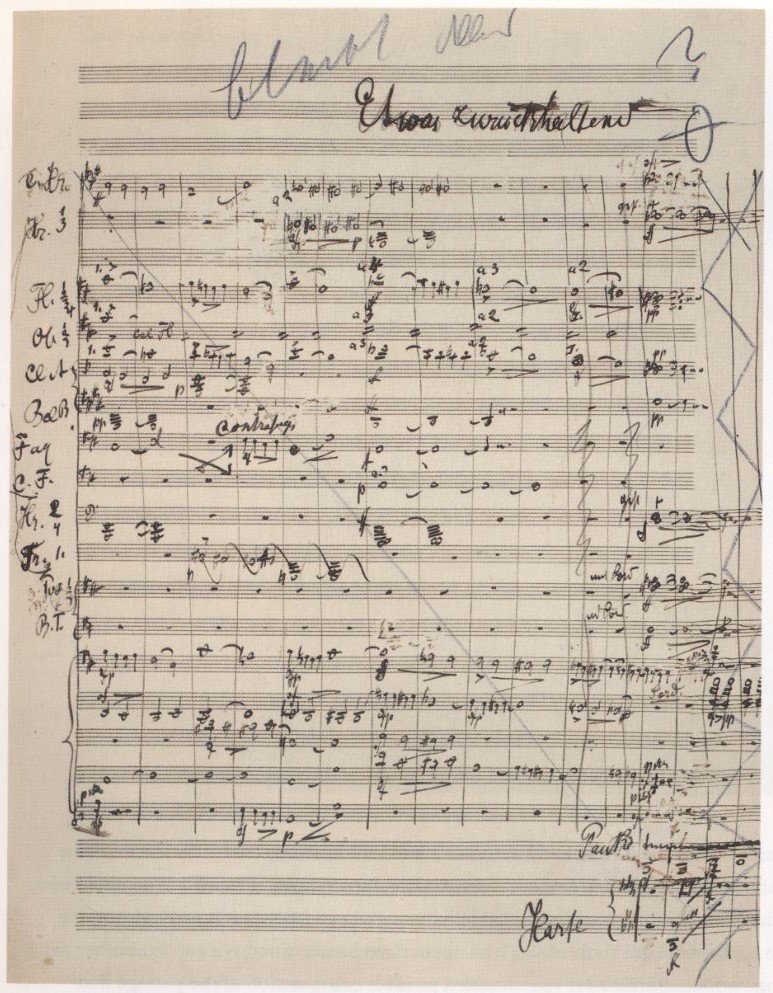