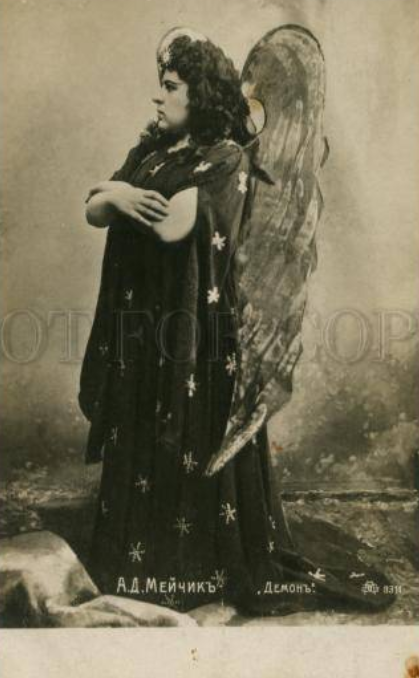 Daughter of a lawyer; she studied at the St Petersburg Conservatory under Carolina Ferni-Giraldoni and made her debut after the turn of the century in Tbilisi. From1907-10 she appeared at different Italian stages; she guested at the beginning of her career also in Spain and sang at the Teatro San Carlo in Lisbon. In the 1909-10 season she was a member of the Metropolitan Opera in New York (beginning role: Cieca in ‘’’ Gioconda’’ under Toscanini).

In 1910 she sang there the role of the old countess in the première of Tchaikovsky’s  ‘’The Queen of Spades’’.  She came back afterwards again to Europe, nevertheless, went in 1915 finally to North America. In 1922 she gave a very successful concert in New York, however, been active, for the rest, as a pedagogue. Married the composer Salomon Rosowsky.

Chronology of some appearances