Also: Bernhard Pohl/Baruch Pohl. Bernhard Pollini began his opera career as tenor singing the role of Arturo in “Puritani” at Berlin. He was student of Georg Weikl. Pollini is best known as the director of the Hamburg Stadt Opera Theatre a post he assumed in 1873. The Stadt-Theatre had fallen on hard times having been built in 1826 and was in dire need of renovation. Pollini leased the building and rebuilt it to its original splendor doing both interior and exterior renovations. A second renovation in 1891 would see the introduction of electric lights for the theatre. Pollini was attracted to the music of Richard Wagner, without neglecting Verdi. In 1879, he produced Wagner’s “Ring of the Nibelung, and in 1883 the year of Wagner’s death he produced a cycle of nine of his operas. Nearly one thousand performances were calendared prior to the masters death. Pollini was able to attract the elite performers of the day and was not afraid to debut new operas. He brought the best musical directors to Hamburg engaging Hans von Bulow (1887-1890) and Gustav Mahler (1891-1897) which contributed greatly to the fame of the Hamburg Opera. Pollini died 27 November 1897 in Hamburg. His successor in 1891 as director of the Hamburg Opera was Gustav Mahler.

German operatic impresario, born Baruch Pohl. Of Jewish origins, he started off as an opera singer, making his stage debut as a tenor in Cologne in 1857. He then served for a while as a baritone with the Italian Opera Company in St Petersburg, eventually becoming its manager. In 1874 he leased the Stadt-Theater in Hamburg and was able to rescue it from its catastrophic financial and artistic situation. Pollini, who was officially made a citizen of Hamburg in 1888, remained the theatre’s director until his death almost a quarter of a century later. His focus was on building up a “star theatre” with high wages for the singers, high ticket prices, and a poorly paid orchestra. In this he was certainly successful since the Stadt-Theater rose to become an opera-house of European class, even if some of the artists whom he worked with, notably Gustav Mahler (who served as the theatre’s principal conductor from 1891 until 1897), expressed reservations about his policy. Over the years he took over other venues in Hamburg, such as the Altona Theatre and the Thalia Theater, which earned for him the soubriquet “Mono-Pollini”. He also provided assistance to Hermann Wolff in setting up the New Subscription Concerts in Hamburg which were conducted by Hans von Bulow (1830-1894).

Pollini recognized early on the attractive power of Tchaikovsky’s stage works, even for German audiences, and he hastened to acquire the performance rights to many of them, not just for Hamburg. Thus, in a letter to his publisher Pyotr Jurgenson at the end of 1890 Tchaikovsky explained that he had conceded to Pollini the performance rights for Yevgeny Onegin, The Queen of Spades, and The Sleeping Beauty in all the German and Austro-Hungarian theatres. Pollini eventually acquired the performance rights for The Maid of Orleans, Mazepa, and Iolanta as well. It seems that the first opera by the Russian composer which Pollini wanted to stage in Hamburg was The Queen of Spades, and the opening night was scheduled for September 1891. Tchaikovsky had even promised that he would come to Hamburg to attend the performance. 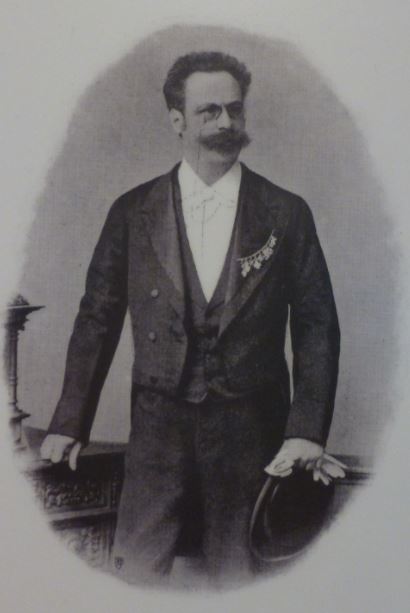 However, Pollini then changed his mind and decided that Onegin was to be presented to the German public first. At the end of 1891 Tchaikovsky duly arranged for Jurgenson to send Pollini the full score and parts for Onegin (a copy of the booklet with Josef Pale?ek’s stage directions for the 1884 St Petersburg production of Onegin had aso reached Pollini thanks to Daniel Rahter, the Hamburg-based German publisher of Tchaikovsky’s works). Pollini insisted that Tchaikovsky come to Hamburg in January 1892 and conduct the first performance of his opera there. In the end, the difficulties which Tchaikovsky had at the dress rehearsal in following the recitatives in German induced him to cede the conductor’s baton to Gustav Mahler, who thereby came to conduct the German premiere of Yevgeny Onegin on 7/19 January 1892 (after Prague in 1888 this was only the second time that the opera had been staged outside Russia). On the same day of the performance Pollini explained to Tchaikovsky that he wanted to mount three more of his operas in Hamburg during the next season: Iolanta, Mazepa, and The Queen of Spades. Ultimately, though, only the first of these projects was realized.

The German premiere of Iolanta in Hamburg on 22 December 1892/3 January 1893, conducted by Gustav Mahler, came just two weeks after the opera’s world premiere in St Petersburg and was not just the first performance of Iolanta outside Russia but the second performance of the opera as such. Three days after the Hamburg premiere, Iolanta was also staged at the Schwerin Court Theatre, whose director, Karl von Ledebur, had been persuaded to take on that opera by Pollini. Although Tchaikovsky had promised Pollini that he would attend both the Hamburg and Schwerin premieres, he subsequently changed his mind and did not travel to Germany at the start of 1893. In the summer, though, he received a letter from Pollini imploring him to come to Hamburg for the next season’s revival of Iolanta, as well as to discuss with Mahler and himself the production of The Queen of Spades which they wanted to put on at the Stadt-Theater in the 1893/94 season. This latter idea did not work out, and in fact The Queen of Spades would not be staged in Hamburg until 1953.

Tchaikovsky did, however, come to Hamburg in September for the revival of Iolanta, which had been enthusiastically reviewed by Josef Sittard at its first performance there eight months earlier. During his brief, and last, stay in the Hanseatic city (25 August/6 September-29 August/10 September 1893) the composer stayed at Pollini’s house, and it was on 26 August/7 September 1893 that he heard Iolanta on the Hamburg stage, again conducted by Gustav Mahler, as part of a double-bill which featured, after the interval, the first performance in Hamburg of Leoncavallo’s Pagliacci, with Bertha Forster-Lauterer (1869-1936) as Nedda. The Czech soprano’s husband, Josef Bohuslaw Forster (1859-1951), left an interesting account of his meeting with Tchaikovsky at Pollini’s house the following day. 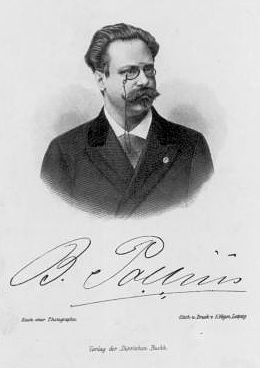