Mahler resigned from the Royal Hungarian Opera in Budapest and accepted a post as Chief Conductor at Hamburg Stadttheater in May 1891. “Actually, I am a little bit disgusted with the amateurish hustle and bustle at the theater,” he wrote to his sister Justine (Ernestine) Rose-Mahler (1868-1938), April 1891. His new assistant was Bruno Schlesinger (later Bruno Walter (1876-1962)).

The Hamburg State Opera (in German: Hamburgische Staatsoper) is one of the leading opera companies of Germany. The theatre near the square of Gänsemarkt was founded in 1678, making it Germany’s oldest public opera house.

Opera in Hamburg dates back to 2 January 1678 when the Oper am Gänsemarkt was inaugurated with a performance of a biblical Singspiel by Johann Theile. It was not a court theatre but the first public opera house in Germany established by the art-loving citizens of Hamburg, a prosperous member of the Hanseatic League.

The Hamburg Bürgeroper resisted the dominance of the Italianate style and rapidly became the leading musical center of the German Baroque. In 1703, George Friedrich Handel was engaged as violinist and harpsichordist and performances of his operas were not long in appearing. In 1705, Hamburg gave the world première of his opera Nero.

In 1721, Georg Philipp Telemann, a central figure of the German Baroque, joined the Hamburg Opera, and in subsequent years Christoph Willibald Gluck, Johann Adolph Hasse and various Italian companies were among the guests.

To replace the aging wooden structure, the first stone was laid on 18 May 1826 for the Stadt-Theater on the present-day site of the Hamburg State Opera. The new theater, with seating for 2,800 guest, was inaugurated less than a year later with Beethoven’s incidental music to Egmont.

The building was renovated in 1873, when both the exterior and interior remodeled in the reigning “Gründerzeit” style of the time, and again in 1891, when electric lighting was introduced.

In the beginning of the 20th century, opera was an important part of the theatre’s repertoire; among the 321 performances during the 1907–08 season, 282 were performances of opera. The Stadt-Theater performed not only established repertoire but also new works, such as Paul Hindemith’s Sancta Susanna, Igor Stravinsky’s The Soldier’s Tale, Ernst Krenek’s Jonny spielt auf, and Leoš Janá?ek’s Jen?fa. Ferruccio Busoni’s Die Brautwahl (1912) and Erich Wolfgang Korngold’s Die tote Stadt (1920) both had their world premieres in Hamburg. In the 1930s, after Hitler came to power, the opera house was renamed Hamburgische Staatsoper. 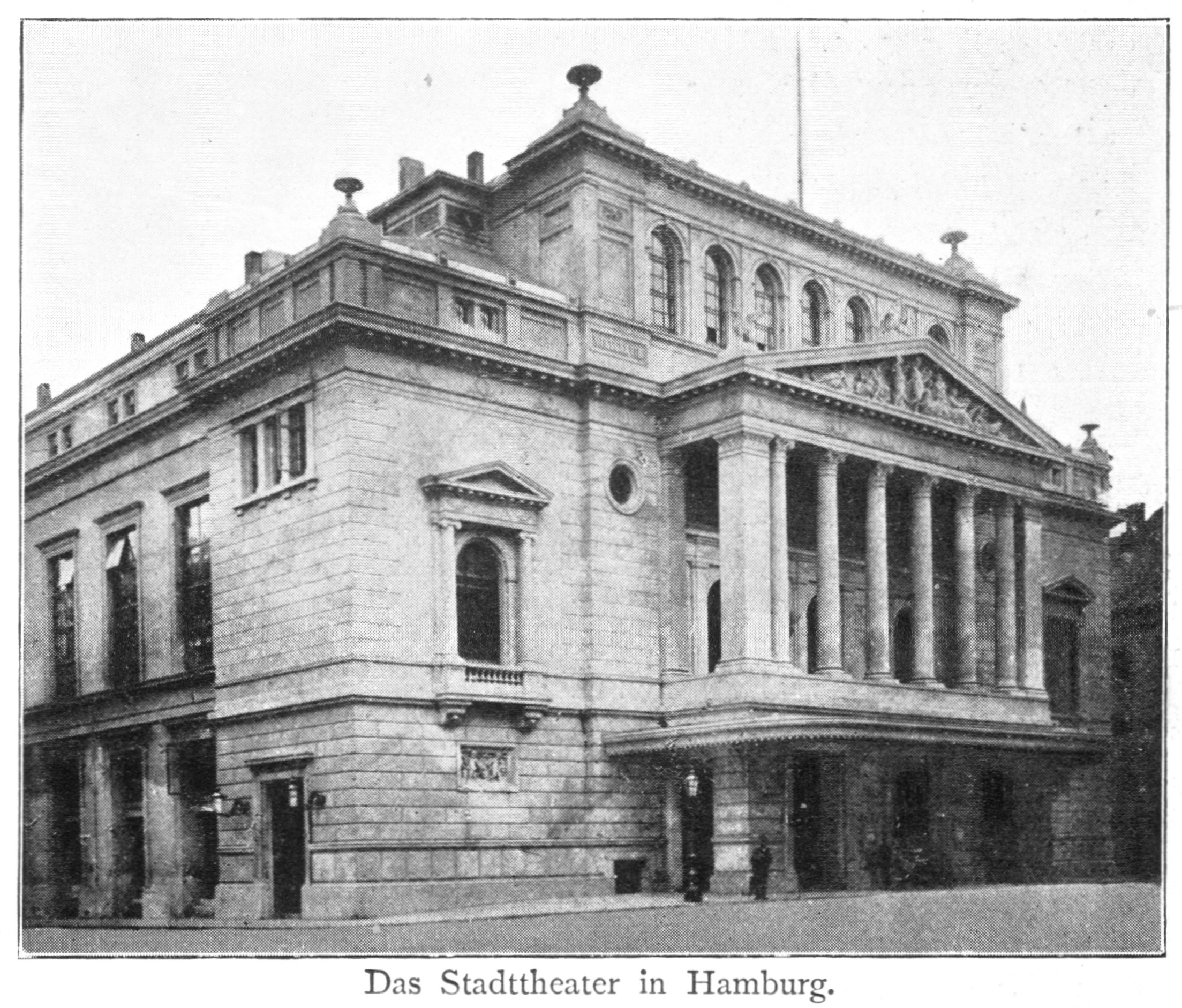 On the night of 2 August 1943, both the auditorium and its neighbouring buildings were destroyed during air raids by fire-bombing; a low-flying airplane dropped several petrol and phosphorus containers on to the middle of the roof of the auditorium, turning it into a conflagration.

The current Staatsoper was opened on 15 October 1955 with Mozart’s Die Zauberflöte. Hamburg continued to devote itself to new works, such as Hans Werner Henze’s The Prince of Homburg (1960), Stravinsky’s The Flood (1963), Gian Carlo Menotti’s Help, Help, the Globolinks! (1968), and Mauricio Kagel’s Staatstheater (1971).

In 1967, under the direction of Joachim Hess, the Hamburg State Opera became the first company to broadcasts its operas in color on television, beginning with Die Hochzeit des Figaro (a German translation of Le Nozze di Figaro). Ten of these television productions have been released on DVD by ArtHaus Musik as Cult Opera of the 1970s, as well as separately. All of these were performed in German regardless of the original language (six were written in German, one in French, two in English, and one in Italian).

More recently, Hamburg gave the world premières of Wolfgang Rihm’s The Conquest of Mexico (1992) and Helmut Lachenmann’s The Little Match Girl (1997), for which it received much international acclaim. The company has won the “Opera House of the Year” award by the German magazine Opernwelt in 1997 and in 2005.

The Australian conductor Simone Young became both general director and chief conductor of the Hamburg State Opera at the start of 2005/06 season. She is succeeded, from the 2015/16 season, by Georges Delnon as Intendant and Kent Nagano as chief conductor. 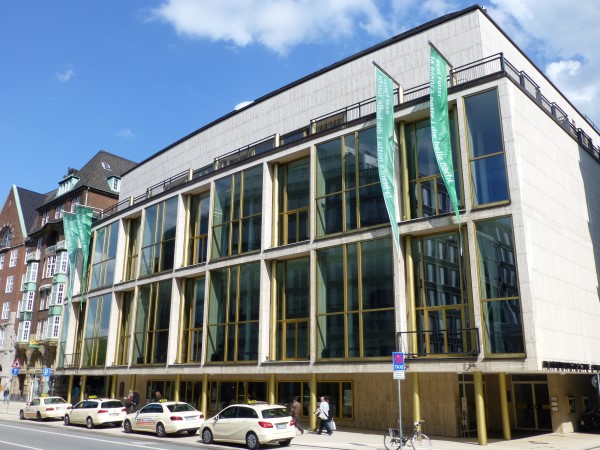 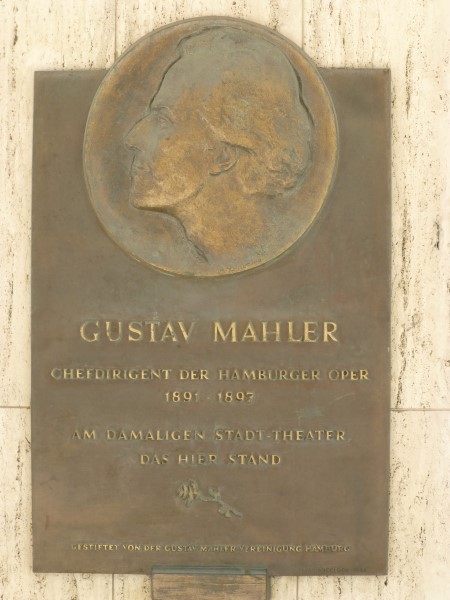 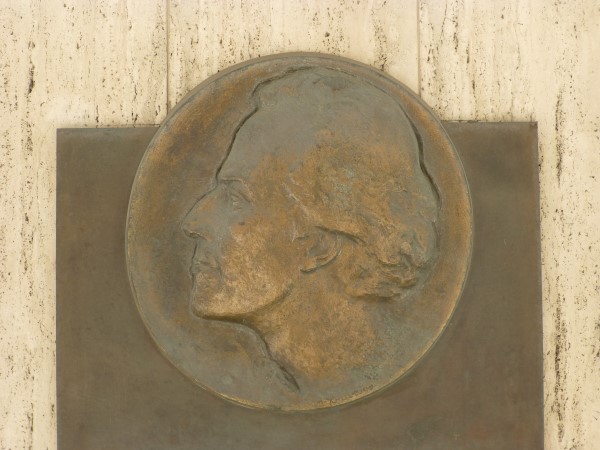 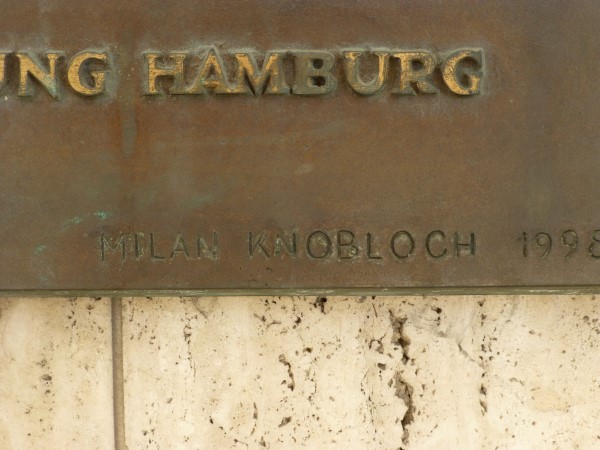 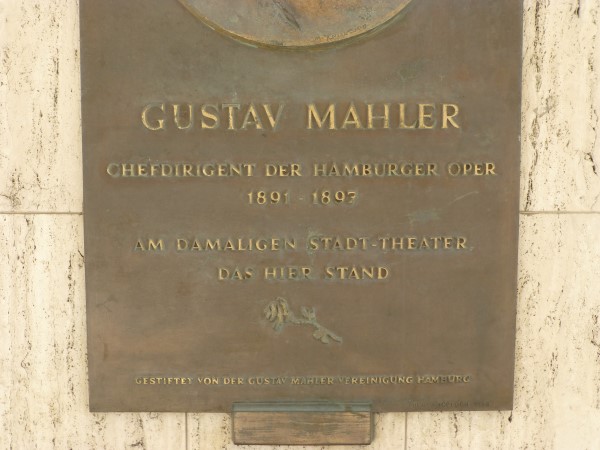 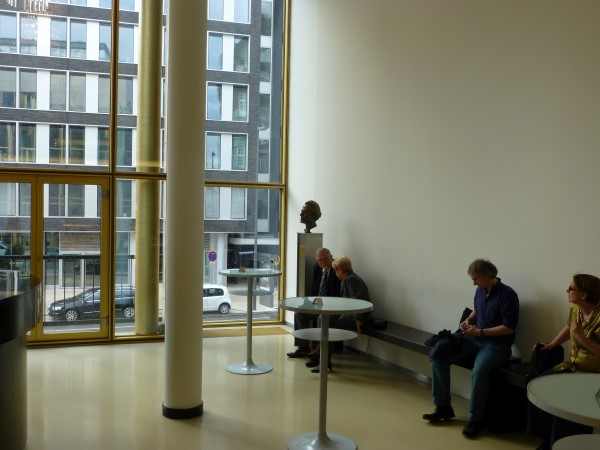 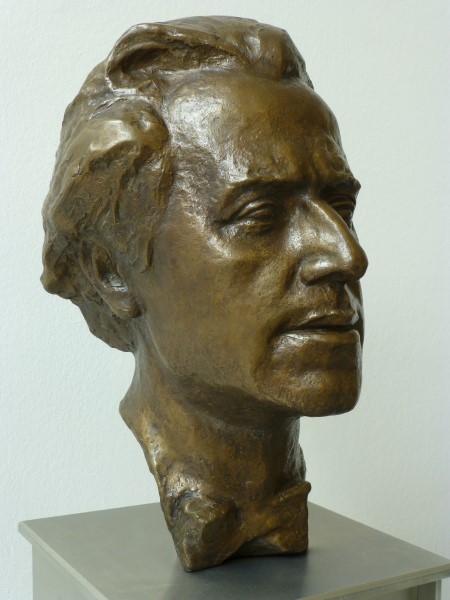 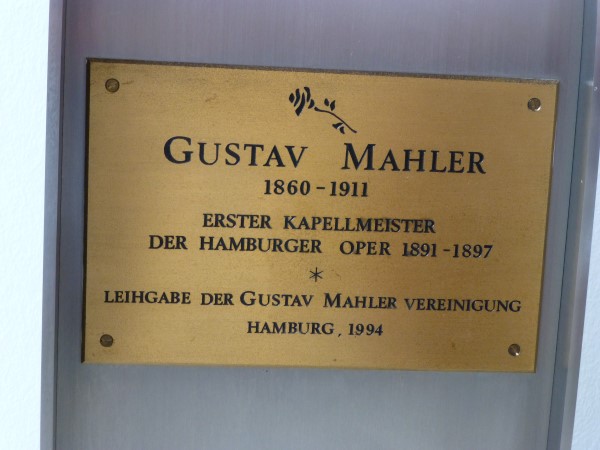 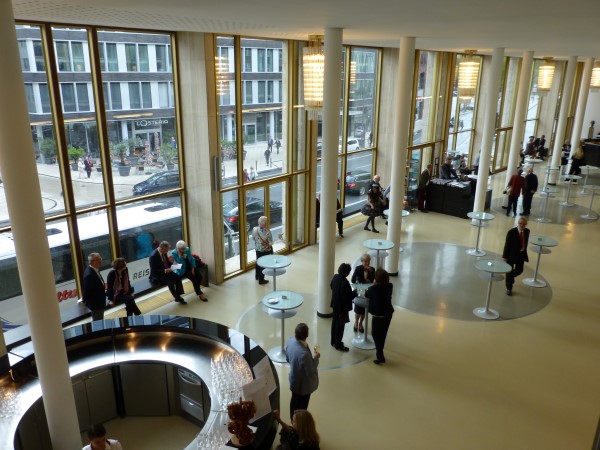 Stadttheater. Foyer. Buste in the back.