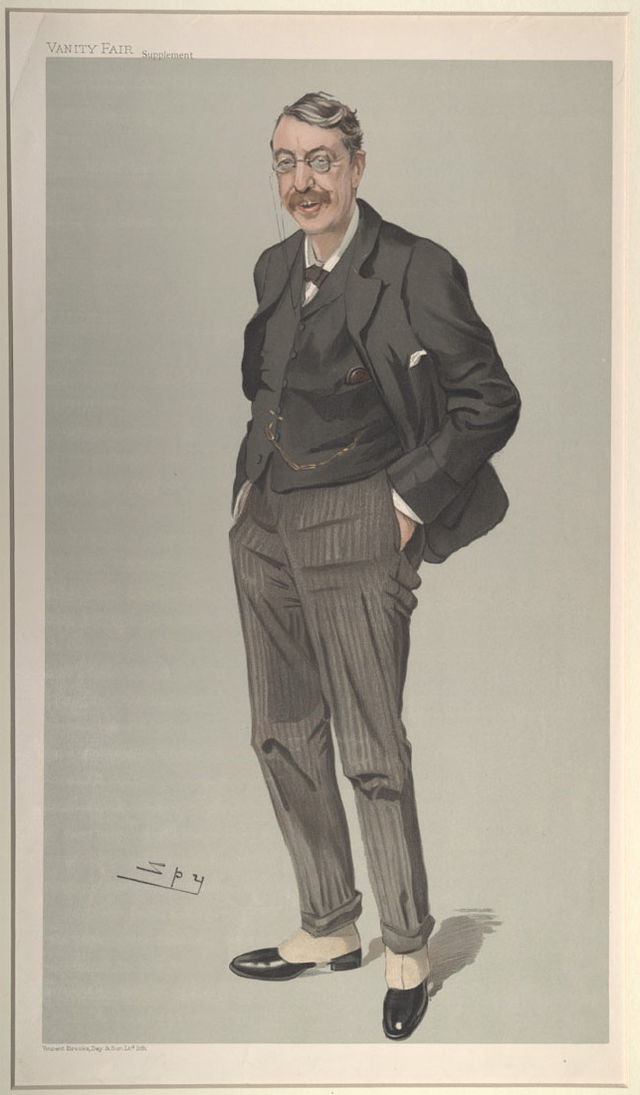 Sir Charles Villiers Stanford was an Irish composer, music teacher, and conductor. Born to a well-off and highly musical family in Dublin, Stanford was educated at the University of Cambridge before studying music in Leipzig and Berlin. He was instrumental in raising the status of the Cambridge University Musical Society, attracting international stars to perform with it.

While still an undergraduate, Stanford was appointed organist of Trinity College, Cambridge. In 1882, aged 29, he was one of the founding professors of the Royal College of Music, where he taught composition for the rest of his life. From 1887 he was also Professor of Music at Cambridge. As a teacher, Stanford was sceptical about modernism, and based his instruction chiefly on classical principles as exemplified in the music of Brahms. Among his pupils were rising composers whose fame went on to surpass his own, such as Gustav Holst and Ralph Vaughan Williams. As a conductor, Stanford held posts with the Bach Choir and the Leeds triennial music festival.

Stanford composed a substantial number of concert works, including seven symphonies, but his best-remembered pieces are his choral works for church performance, chiefly composed in the Anglican tradition. He was a dedicated composer of opera, but none of his nine completed operas has endured in the general repertory. Some critics regarded Stanford, together with Hubert Parry and Alexander Mackenzie, as responsible for a renaissance in music from the British Isles. However, after his conspicuous success as a composer in the last two decades of the 19th century, his music was eclipsed in the 20th century by that of Edward Elgar as well as former pupils.

During the last decades of the 19th century, Stanford’s academic duties did not prevent him from composing or performing. He was appointed conductor of the Bach Choir, London, in 1885, succeeding its founding conductor Otto Goldschmidt. He held the post until 1902. Hans von Bülow conducted the German premiere of Stanford’s Irish Symphony in Hamburg in January 1888, and was sufficiently impressed by the work to programme it in Berlin shortly afterwards. Richter conducted it in Vienna, and Mahler later conducted it in New York.