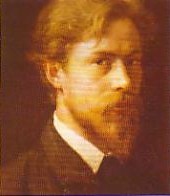 Ernst Stöhr was one of the co-founders of the Vienna Secession. One would be justified in calling him a pioneer of the Secessionist concept of the total work of art. At the same time, he also one of the main representatives of Austrian Symbolism. The attempt to incorporate the artist’s perception into his works is characteristic of Stöhr’s oeuvre. His paintings have a lyrical quality, with landscapes and scenes bathed in a soft, muted twilight or moonlight, and almost all of his works are symbolic. 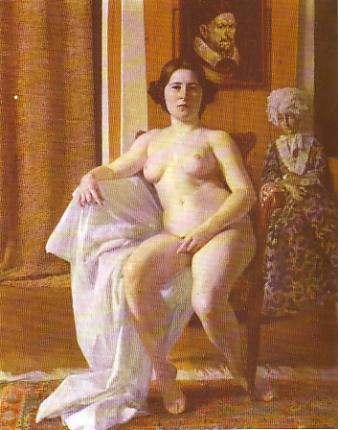 Stöhr’s special musical talent became apparent early on, spanning not just his painting but also his poetry and music. (His father was a violin maker). He did not feel satisfied with his studies at the Vienna School of Arts and Crafts from 1877 to 1879 and at the Vienna Academy under C.R. Huber, A. Eisenmenger and L.C. Müller.

In 1896, he became a member of the Vienna Künstlerhaus, the Hagenbund and a co-founder of the Vienna Secession, remaining a member until his death. With his high number of programmatic writings in “Ver Sacrum”, Stöhr significantly affected the self-image of this new group of artists, while also being extremely productive during this period. No. 12 of “Ver Sacrum” is dedicated to him, and also includes his designs. 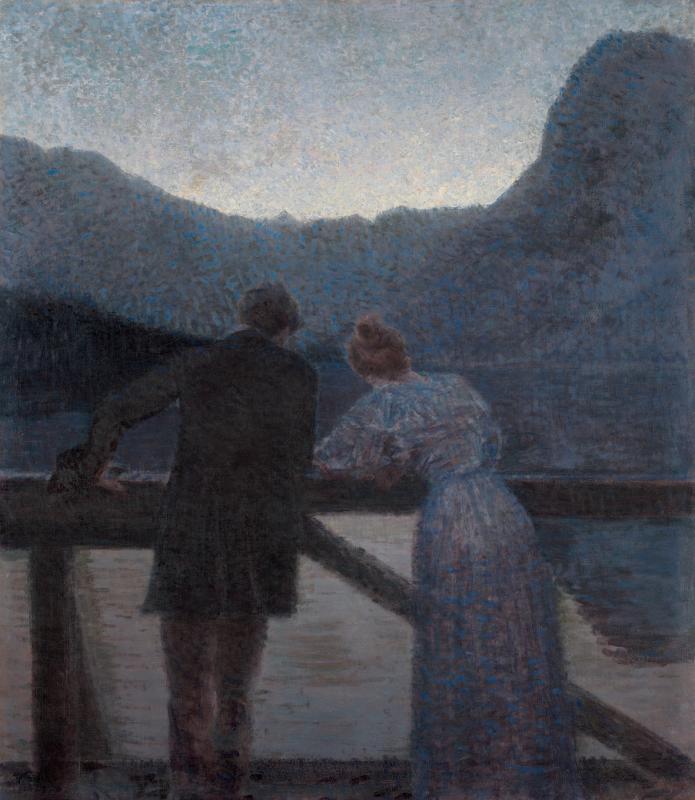 Couple by the lake by Ernst Stohr.

The artist spend much time traveling between St. Pölten, Melk and Wochein, Slovenia, where his cousin Friederike “Fritzi” Tirmann ran a hotel business. He built a studio near her hotel on Lake Wochein and married her. Wochein often served as his motif, as did his parent’s house in St. Pölten, where Stöhr selflessly cared for them until their death. However, Stöhr often suffered from sadness and depression because of caring for and losing those he loved, a mood that also affected his paintings. During this period, Stöhr grappled very intensely with religion and philosophy. In 1915, he was awarded the Reichel Prize for his “Painting of Christ”. The start of the War later turns Wochein into a military zone, again plunging Stöhr into deep depression. In 1917, he is taken to the Tulln Sanatorium, but he is released a few weeks later. Stöhr travels to St. Pölten and on June 17 hangs himself in his parents’ house. In 1918, the Vienna Secession honors his memory in a memorial exhibition of his works.

The 12th issue of Ver Sacrum is dedicated to him alone and is designed by him. Stöhr is intensively involved in numerous exhibitions of the Association, as well as on the important 14th Secession exhibition 1902 (Beethoven exhibition), for which he wrote the catalog foreword. 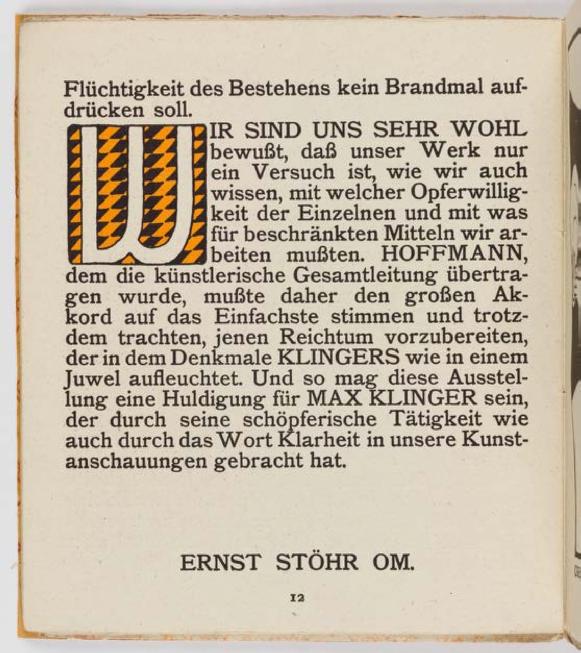 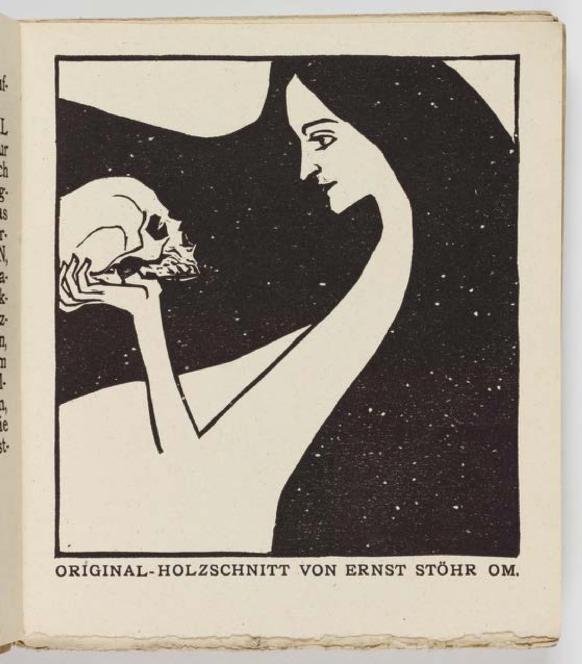