Joseph Maria Olbrich was an Austrian architect and co-founder of the Secession (association). Olbrich was born in Opava, Austrian Silesia (today in the Czech Republic). He was the third child of Edmund and Aloisia Olbrich. He had two sisters who died before he was born, and two younger brothers, John and Edmund. His father was a prosperous confectioner and wax manufacturer who also owned a brick works, where Olbrich’s interest in the construction industry has its early origin.

Olbrich studied architecture at the University of Applied Arts Vienna (Wiener Staatsgewerbeschule) and the Academy of Fine Arts Vienna, where he won several prizes. These included the Prix de Rome, for which he traveled in Italy and North Africa. In 1893, he started working for Otto Wagner, the Austrian architect, and probably did the detailed construction for most of Wagner’s Wiener Stadtbahn (Metropolitan Railway) buildings.

In 1897, Gustav Klimt, Olbrich, Josef Hoffmann and Koloman Moser founded the Vienna Secession artistic group. See Secession (member). Olbrich designed their Secession (building), the famous Secession Hall, which became the movement’s landmark.In 1899, Ernest Louis, Grand Duke of Hesse, founded the Darmstadt Artists’ Colony, for which Olbrich designed many houses (including his own) and several exhibition buildings. Olbrich gained Hessian citizenship in 1900 and was appointed to a professorship by the Grand Duke. In 1903, he married Claire Morawe.

In the following years, Olbrich executed diverse architectural commissions and experimented in applied arts and design. He designed pottery, furniture, book bindings, and musical instruments. His courtyard and interiors at the St. Louis World’s Fair won the highest prize at the exhibition. At the time, the St. Louis Post-Dispatch wrote of his pavilion, “The interior decorators of the United States are now talking about the Olbrich Pavilion. It is already indicated as one of the things at the World’s Fair which will leave a permanent mark upon American life.”. He was subsequently appointed corresponding member of the American Institute of Architects. His architectural works, especially his exhibition buildings for the Vienna and Darmstadt Secessions, had a strong influence on the development of the Art Nouveau style. Shortly after his daughter Marianne’s birth on July 19, 1908, Olbrich died from leukemia in Düsseldorf on August 8, aged 40. 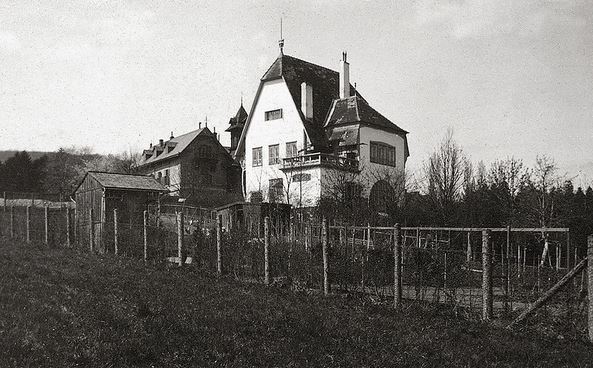 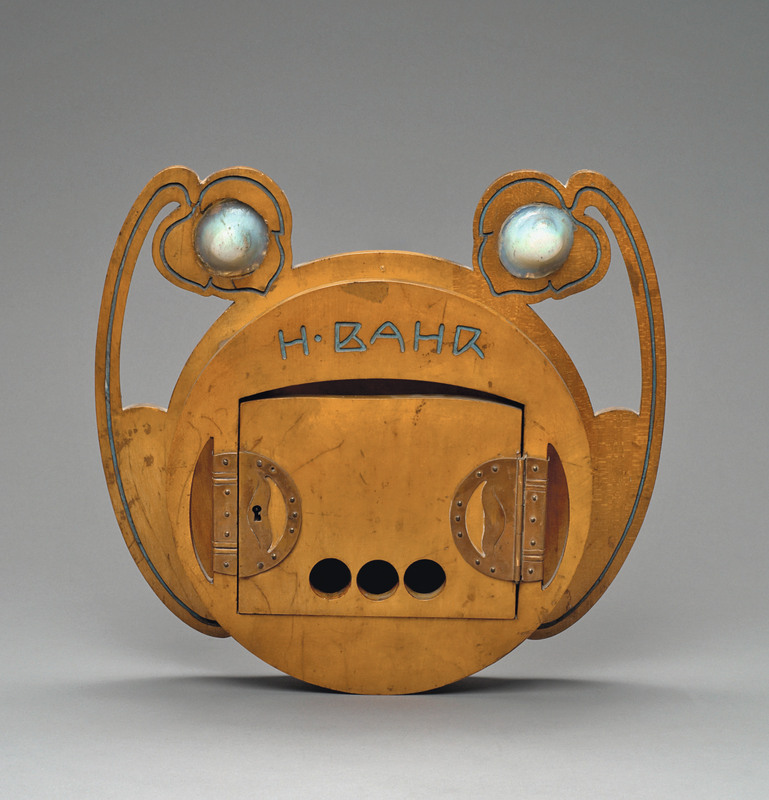 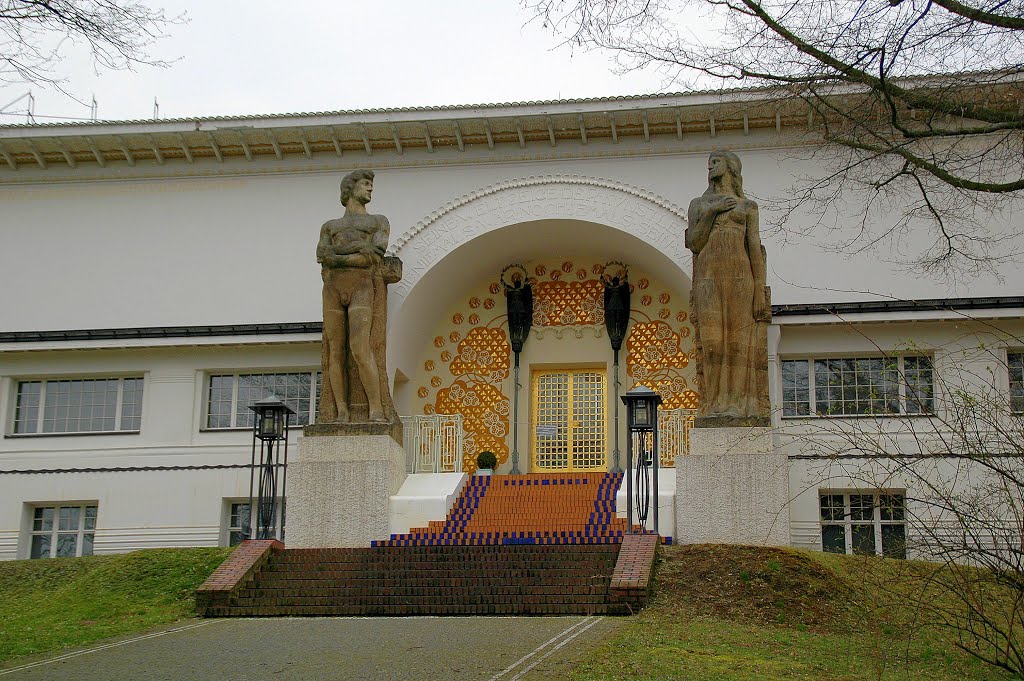 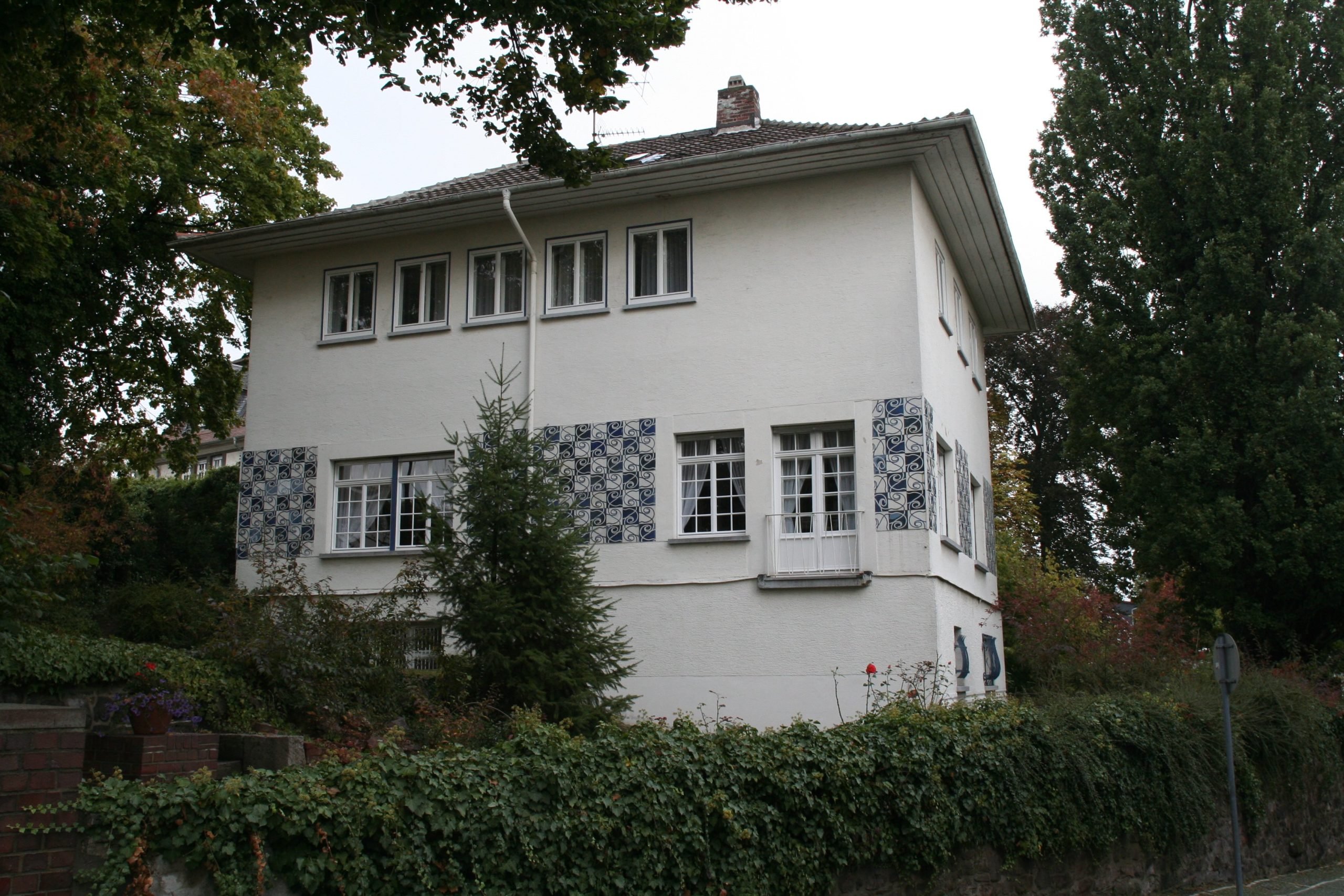 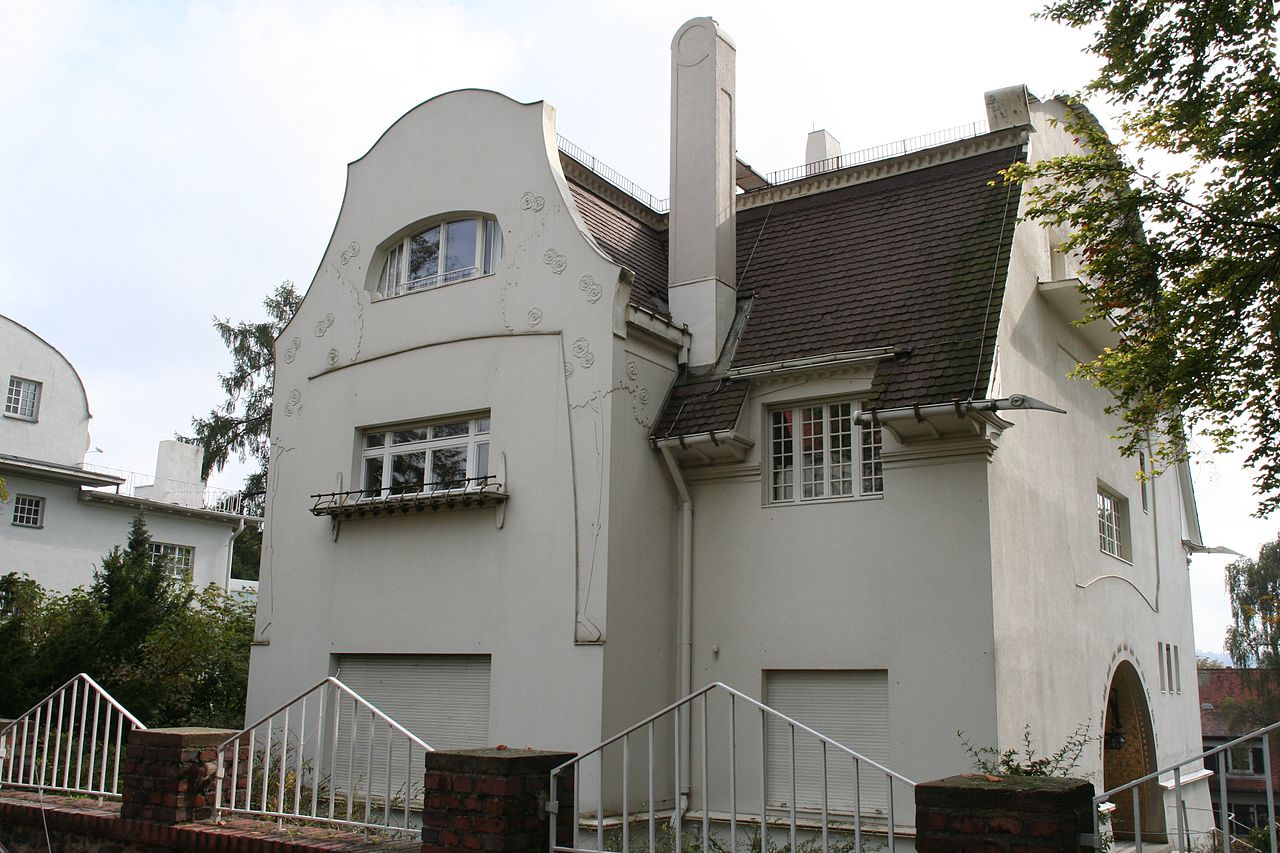 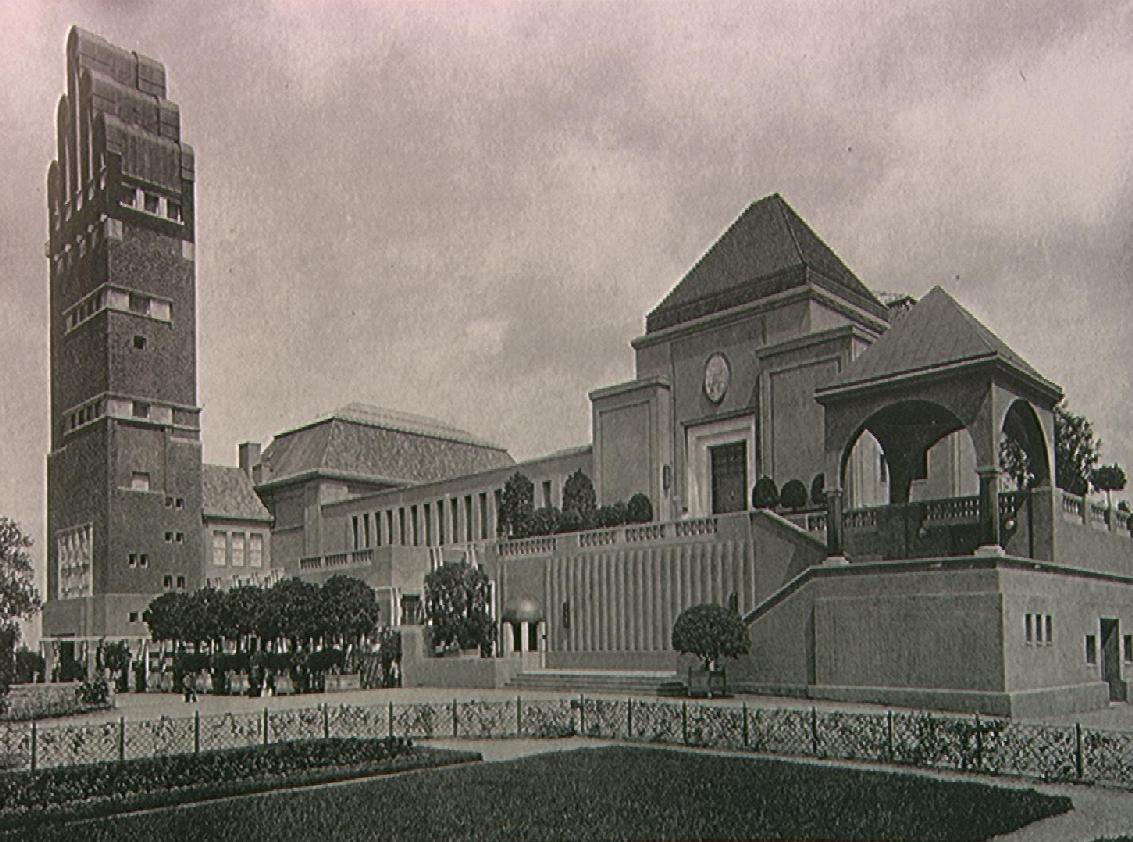 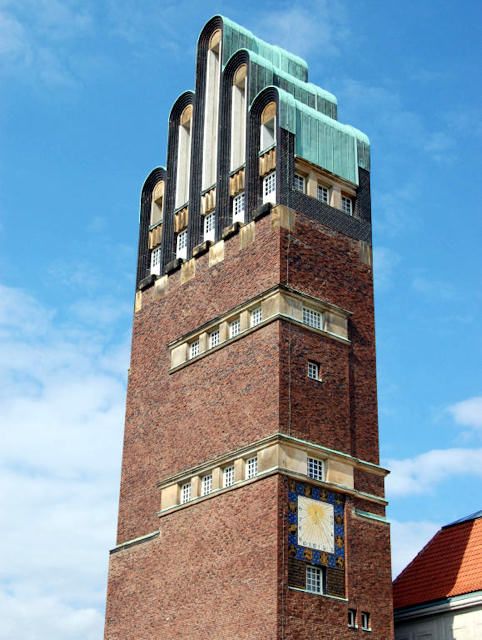 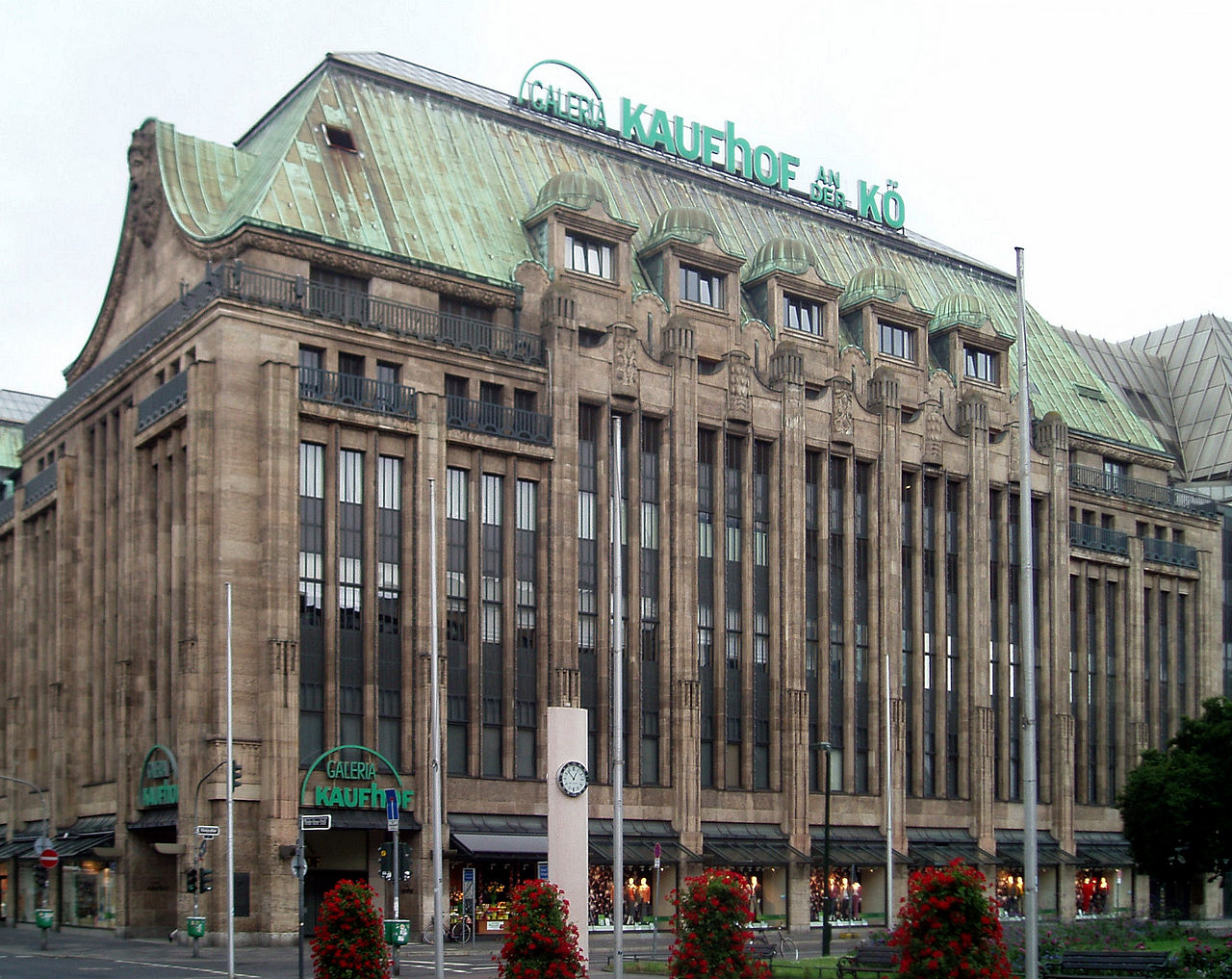