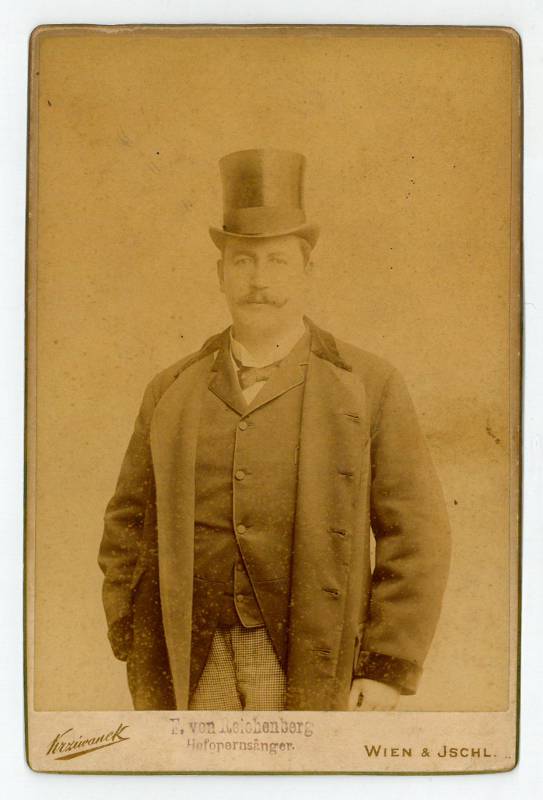 Son of a lawyer. After vocal training with Kapellmeister J. Stolz in Graz debut at the Mannheim National Theater in 1873. From 1876 at the City Theater of Szczecin (Szczecin). He came to the Royal Theater Hanover via the Frankfurt City Theater in 1879. After guest appearances at the Vienna State Opera (1881-1883) he became its member in 1884. Until the outbreak of a mental illness (1901) he was together with Grengg the leading bass of the Vienna State Opera. In 1876 he created the role of Fafner in Wagner’s “Ring des Nibelungen” at the first Bayreuth Festival and in 1882 the Knight Pasman in the operetta of the same name by J. Strauß. A basso profondo with an unusually powerful voice, he was able to convince as an actor even in smaller roles.