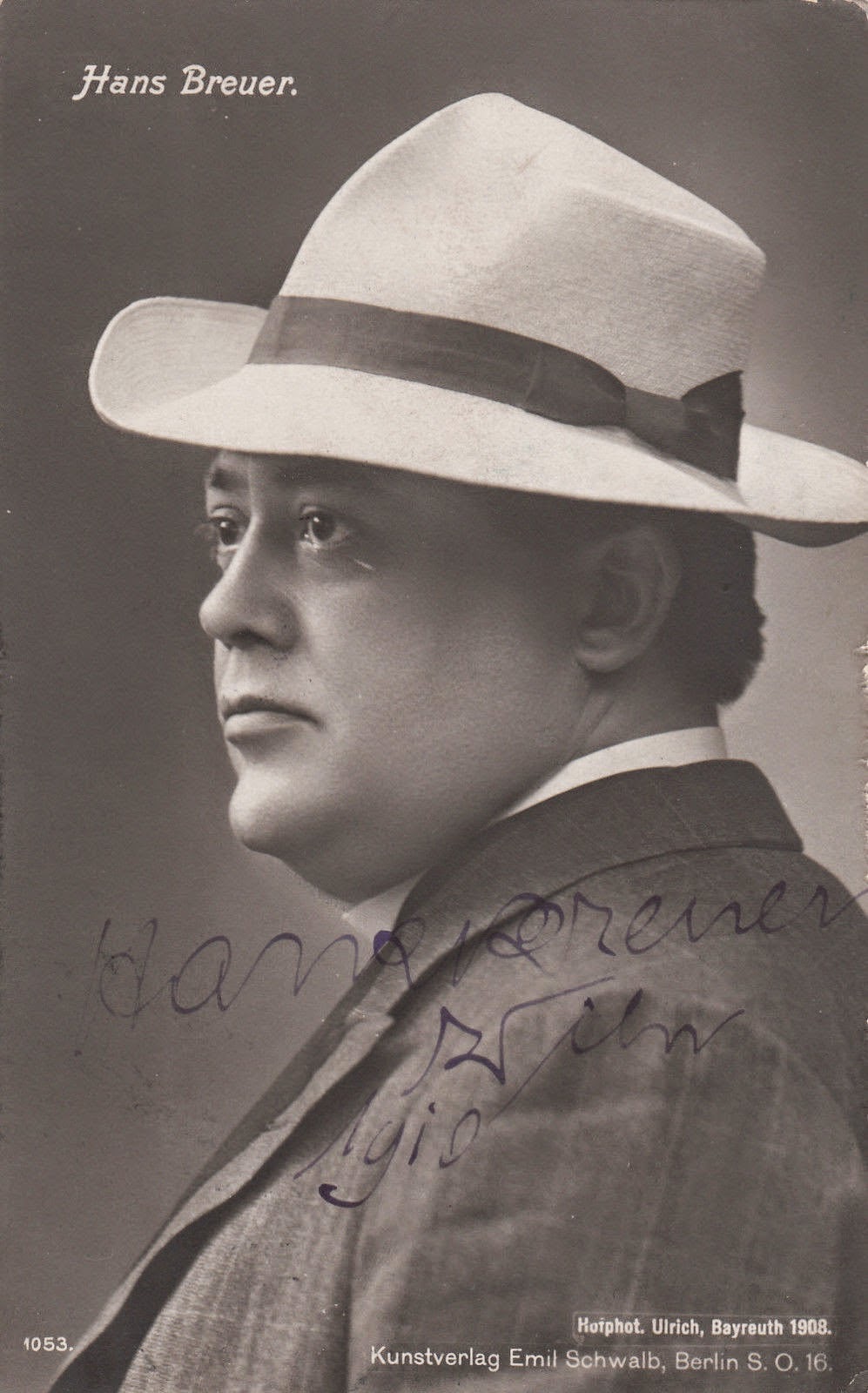 The son of the Cologne cathedral sculptor Peter Breuer first began a business education. In Benno Stolzenberg he was educated in Cologne on the advice of the conductor Franz Wüllner singing. He completed his studies at the Bayreuth School with Julius Kniese and Cosima Wagner.

Breuer made his debut in 1894 in small roles at the Bayreuth Festival. His breakthrough he celebrated in 1896 as a mime in The Ring of the Nibelung. Until 1914, he regularly participated in this role in Bayreuth, 1899 as David in The Mastersingers of Nuremberg.

1896-1897 he sang at the Opera House Wroclaw, 1897 he undertook a guest performance tour of North America. From 1899 to 1900 he belonged to the ensemble of the Metropolitan Opera in New York. His entry role here was that of the helmsman in The Flying Dutchman. In 1898 and 1900 he was a guest at the Covent Garden Opera in London, in 1901 as a mime at the Court Opera Berlin and in the same role in 1906 at the Munich Court Opera.

From 1900 to 1929 he was a member of the Court Opera Vienna (since 1918 State Opera). Here he was in 1903 in the new production of Tristan and Isolde under the direction of Gustav Mahler as Melot to see and listen in1909 he gave a guest performance as Mime at the Stadttheater Zurich, 1910 at the Salzburg Mozart Festival as Monostatos in the Magic Flute. In 1922 and 1925 he appeared as Basilio in Figaro’s wedding at the Salzburg Festival.

On October 10, 1919, he directed the world premiere of the opera Die Frau ohne Schatten by Richard Strauss at the Vienna State Opera. At the Festival in Salzburg he also took over several directorial duties. Thus, in 1922, he directed all four of the operas listed at the Festival (it was the first year ever that operas were performed here). Later Breuer worked as a teacher at the Vienna Conservatory.