Jaap van Zweden is a Dutch conductor and violinist. Van Zweden’s father, a pianist, encouraged him to begin violin studies at age five, and he studied music in Amsterdam. At age 15, he won a violin competition; this allowed him to attend The Juilliard School in the United States, where he studied with Dorothy DeLay.

In 1979, at age 18, Van Zweden became the concertmaster of the Royal Concertgebouw Orchestra (RCO/KCO) in Amsterdam, the youngest violinist ever to assume that position, which he held until 1995.

Van Zweden began to work as a conductor after Leonard Bernstein (1918-1990) invited him to lead an orchestra rehearsal in Berlin. He has stated that he learned much about conducting from observing the various conductors who led concerts of the Concertgebouw Orchestra. He conducted smaller ensembles initially, and became a full-time conductor in 1997. 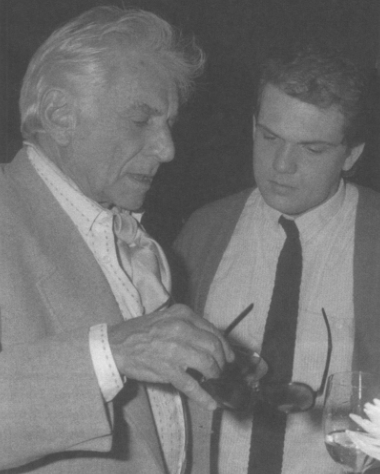 In February 2007 he extended his RFO contract through 2013.In August 2010, the orchestra announced that van Zweden would step down from the RFO chief conductorship in 2012 and take the title of honorair gastdirigent (honorary guest conductor, or principal guest conductor). Van Zweden served as chief conductor of deFilharmonie (Royal Flemish Philharmonic) in Antwerp from 2008 to 2011.

His initial contract was for four years, where in the first year he was scheduled to conduct 12 weeks of subscription concerts and then for 15 weeks in the subsequent 3 years. For the 2007–2008 season he held the title of Music Director Designate and conducted 3 subscription concerts. In October 2009 the Dallas Symphony announced the extension of his contract through the 2015-2016 season. In November 2013, the orchestra announced a further extension of his contract through 2019. In January 2012, the Hong Kong Philharmonic Orchestra announced the appointment of Van Zweden as its next Music Director, with an initial contract of four years, starting 1 August 2012. He made his debut as the Music Director of the orchestra on 28 September 2012.

In January 2016, the New York Philharmonic Orchestra announced that van Zweden will formally take over the orchestra’s music directorship in 2018, after appointing him Music Director Designate in the 2017-2018 season.

Since 1983 Van Zweden has been married to the artist Aaltje van Zweden-van Buuren. They have a daughter, Anna-Sophia, and three sons, Daniel, Benjamin and Alexander. The Van Zwedens have a particular interest in autism as their son Benjamin is autistic. In 2000 they set up the Papageno Foundation to provide autistic children with music therapy. 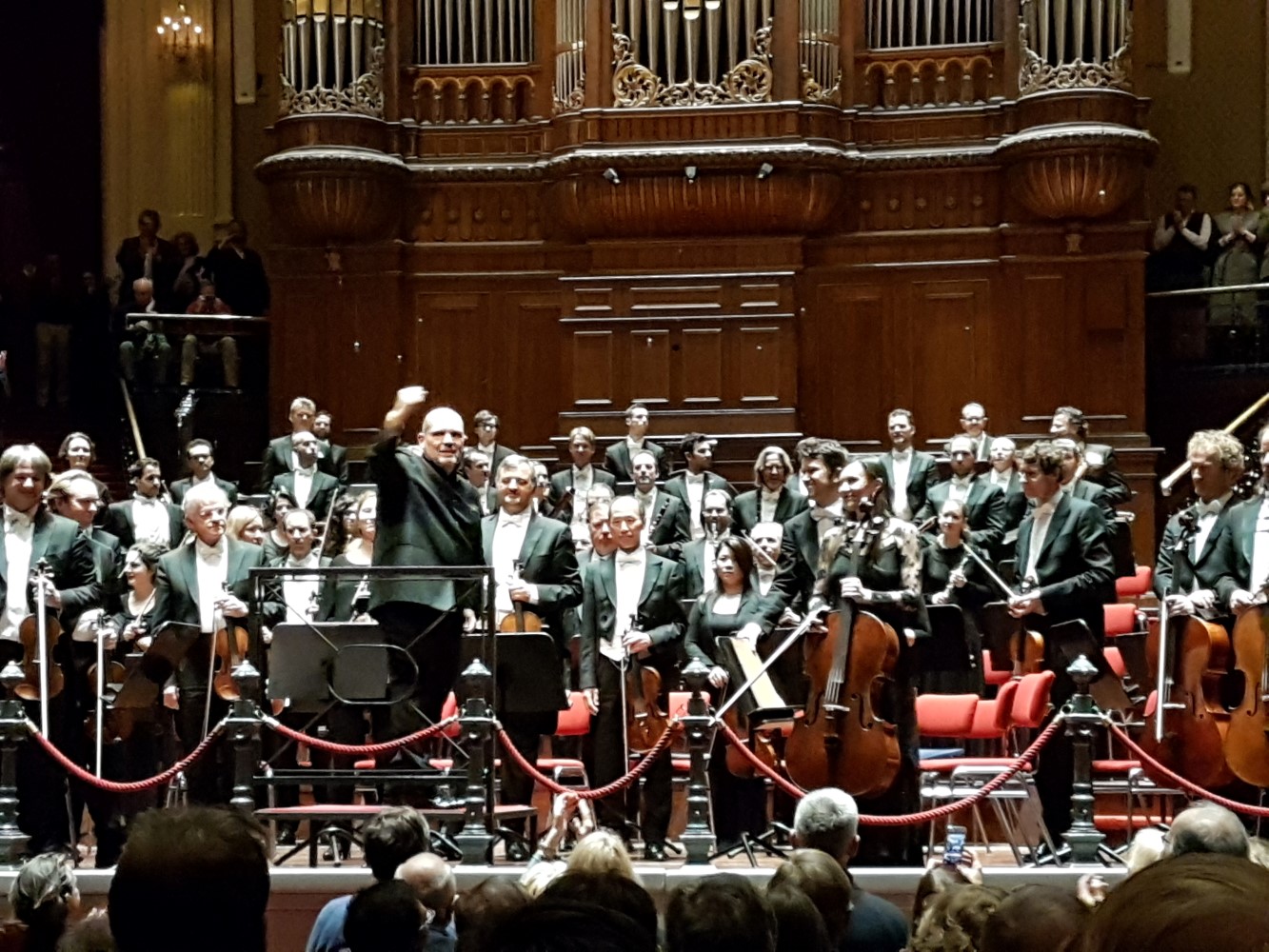 2016: The New York Philharmonic Orchestra (NYPO/NPO) in 2016 turned to Jaap van Zweden, an intense, exacting conductor from the Netherlands, to be its next music director and guide it through the costly renovation of its hall, two seasons of exile and, if all goes well, a triumphant return to Lincoln Center. The appointment of Mr. van Zweden, 55, whose name is pronounced Yahp van ZVAY-den and who is currently the music director of the Dallas Symphony Orchestra and the Hong Kong Philharmonic Orchestra, ends nearly a year of speculation about who would succeed Alan Gilbert when he steps down from the position next year.

Mr. van Zweden’s tasks at the Philharmonic will include more than music-making. He will be the orchestra’s public face as it works to raise $360 million to renovate David Geffen Hall and to bolster its endowment; act as the leading artistic voice as the hall is redesigned; and be charged with making sure the orchestra manages to retain its audience when construction, which is slated to start in 2019, leaves it homeless for at least two seasons.

“It’s a challenging time, but it is also a time where I would say that there are an incredible amount of possibilities,” Mr. van Zweden said in an interview at his Midtown hotel. Mr. van Zweden’s guest appearances with the Philharmonic have produced exciting concerts. Critics at The New York Times have praised his “dynamic, all-out performance” of Gustav Mahler (1860-1911)’s First Symphony (at his debut in 2012) and his “visceral, bristling” account of Shostakovich’s Symphony No. 8. When he led the orchestra this fall in Mozart’s Piano Concerto No. 23 and Beethoven’s Fifth Symphony, Zachary Woolfe wrote in The Times that “conducting this imaginative and playing this varied don’t appear at Geffen Hall every week.”

While his vision for the Philharmonic is not yet clear, Mr. van Zweden is less associated with contemporary composers than is Mr. Gilbert, suggesting a possible shift of emphasis. Mr. Gilbert, who has led the orchestra since 2009, was praised for championing new works and making them central to his tenure, but drew criticism in some quarters for his work in Mozart, Beethoven and Brahms — the so-called standard repertory, of which Mr. van Zweden is known for delivering crackling performances. But Mr. van Zweden said that he looked forward to playing more contemporary music at the Philharmonic, noting that in his days leading the Netherlands Radio Philharmonic Orchestra he conducted world premieres every week or two. “It was a fantastic time, to work with composers who are still alive,” he said, adding that he enjoyed the ability to ask for their input on how pieces should be played. “It’s a luxury I think we should treasure as conductors, because, you know, you cannot go back to Gustav Mahler (1860-1911) or to Beethoven or Mozart.”

Last month he conducted the premiere of Magnus Lindberg’s Second Violin Concerto with the London Philharmonic Orchestra, and next season he will lead the New York Philharmonic in the New York premiere of a viola concerto by the young composer Julia Adolphe. Mr. van Zweden will become the Philharmonic’s music director designate in the 2017-18 season, and begin his five-year contract as music director in the 2018-19 season, which, if all goes according to plan, will be the Philharmonic’s last season in Geffen Hall before construction begins. (Mr. van Zweden will be released a year early from his contract in Dallas, which was to have ended in 2019; his final season there will be 2017-18.) Matthew VanBesien, the Philharmonic’s president, said that Mr. van Zweden’s eagerness to face the orchestra’s challenges was attractive. “The thing that’s really amazing about Jaap is he’s all-in as a musician,” Mr. VanBesien said. “And he’ll be all-in about the New York Philharmonic. He does not do things halfway.” 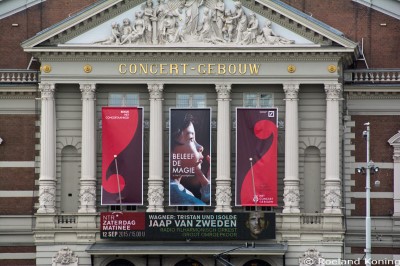 Mr. van Zweden, who was born in 1960 in Amsterdam, began to play the violin at the age of 7 and, after winning competitions, came to New York to study at the Juilliard School when he was 16. When Amsterdam’s storied Royal Concertgebouw Orchestra (RCO/KCO) lost a soloist to a last-minute cancellation during a tour of Mexico City, he was invited to play. He made an impression, and soon afterward, at the age of 19, he was made the orchestra’s concertmaster; he is believed to be the youngest musician ever to hold the post. It was a chance request from Leonard Bernstein (1918-1990) that set him on a new path. In the late 1980s, the Royal Concertgebouw Orchestra (RCO/KCO) was on tour in Berlin playing Gustav Mahler (1860-1911)’s Symphony No. 1 when Mr. Leonard Bernstein (1918-1990), who was conducting, decided during a rehearsal that he wanted to hear the orchestra from the audience. So he asked Mr. van Zweden to take over. “I said, ‘But Maestro, I never conducted in my life a single note,’”

Mr. van Zweden recalled. “He said, ‘That’s OK, just do it.’ To say no to him — that was, I would not say dangerous, but you just did not do that. So I did. And after that he said, ‘That was pretty bad — but I saw something there, and I would really like you to take it seriously.’” A few years later, he did.

He began studying conducting and, after being invited to lead a small Dutch orchestra, gave up the safe post of concertmaster — and the violin — at the age of 36. “The biggest risk in life for a musician, I think, is not to take a risk,” he said. “I felt like a big bird in a very small cage. And I wanted to fly out.”He went on to lead orchestras in the Netherlands, including the Residentie Orchestra of The Hague and the Netherlands Radio Philharmonic; become music director in Dallas in 2008; and appear as a guest with many leading ensembles, including the Cleveland, Chicago Symphony and Philadelphia orchestras and the Munich, Berlin and Vienna philharmonics. 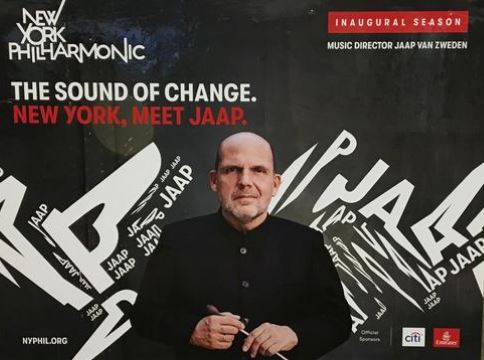 He has been credited with lifting the standard of the Dallas Symphony, an achievement that gained wider recognition when he was named Musical America’s Conductor of the Year in 2012. In 2014, he began the Soluna International Music & Arts Festival, an annual event held in spaces around the city that pairs guest soloists, visual artists and other performers with Dallas-based companies and ensembles. But he has also developed a reputation as a taskmaster. In 2014, The Dallas Morning News reported that some musicians were bristling under what was described as his “abrasive” style, noting, among several incidents, his demotion of a musician and his abrupt dismissal of a tenor“.

For me, it’s all about music,” Mr. van Zweden said when asked about the accusation that he was tough on players. “I demand 110 percent from myself, and I also think they should live up to the standard that I like to bring.” Asked if he was worried about leading the Philharmonic musicians, who have a reputation, fairly or not, for being willful, he said: “The goal is to make great music. I have no fear at all; I look forward, actually, to it.” In 1997, he and his wife, Aaltje, established the Papageno Foundation, which aims to help families of children with autism through music.

Last summer the foundation opened the Papageno House in the Netherlands, a home to help teach young adults with autism to live on their own. (They were inspired by their experience using music to help one of their children, Benjamin, who is autistic; their other children are Anna Sophia, a curator; Daniel, a businessman; and Alexander, a student.). Oscar S. Schafer, the chairman of the Philharmonic’s board – who gave it a $25 million gift this fall with his wife, Didi — said that Mr. van Zweden would be a partner in the orchestra’s fund-raising and its champion when it was forced from its home, as well as a good artistic fit. “When we were looking for a new music director, I was trying to get the gestalt of what makes a good music director,” he said. “And really, the music director makes the orchestra play better than they normally play. And that’s what he can do.”

He will not be the first Dutch conductor to lead the Philharmonic. Willem Mengelberg (1871-1951), who was associated with the Royal Concertgebouw Orchestra (RCO/KCO) for most of his career, led the Philharmonic from 1922 through 1930. Mr. van Zweden said that he admired the meticulousness of Willem Mengelberg (1871-1951), who is remembered for rehearsing pieces even after opening night. He grew most animated talking about his love of studying scores and preparing concerts. “The most little detail can give you a satisfaction you cannot imagine,” Mr. van Zweden said. 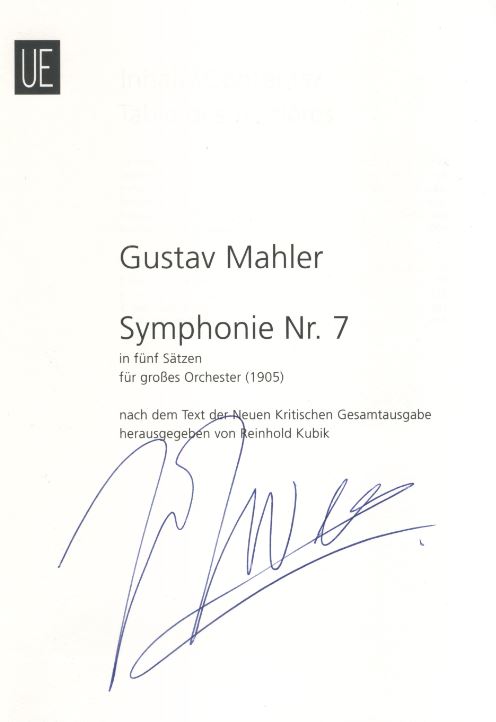