Dutch lawyer, historian (in particular of the Batavian and French periods) and politician. As a follower of the public good, Sillem was active in all kinds of functions. Amsterdam elected him to the municipal council on 20-12-1882, after which he became a member of the Provincial States, after which these States since 1891 gave him a place in the Provincial Executive of the province of North Holland. Sillem was also one of the founders of the Amsterdam Royal Concertgebouw and together with Anthonius Berns he founded the Burgerziekenhuis (hospital) in Amsterdam.

Sillem was very interested in art in all its different expressions; he was first a member, later chairman of the supervisory committee of the Rijksacademie voor Beeldende Kunsten, a board member and later since 1875 secretary within the board of the ‘Association to form a Public Collection of Contemporary Art’ which later became a place in 1895 received at the Stedelijk Museum. He then remained attached to the Stedelijk Museum as a member of the supervisory committee.

In 1878, Sillem became secretary of the newly appointed Supervision Commission for urban paintings. In that year he was also appointed as a member of the Supervisory Committee of the Rijksacademie van Beeldende Kunsten (National Academy of Fine Arts), where he held the secretariat for a number of years. In the years prior to the opening of the Rijksmuseum, he also became a member of the supervisory committee of that institution. 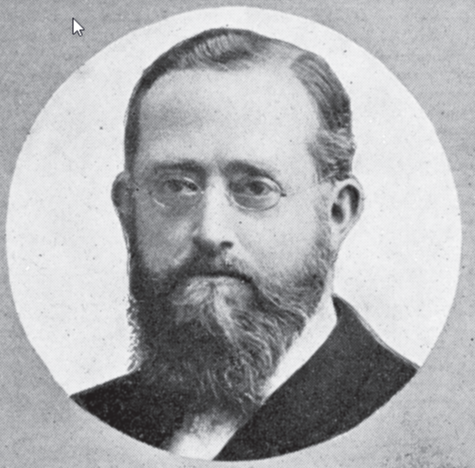 He was also a member of the board of the Willet-Holthuysen Museum in Amsterdam and as vice-chairman (board member) of the Rembrandt Association (1884). Sillem himself was involved in the foundation of the Rembrandt Association in 1883. For nearly 50 years Sillem was a very active and influential board member of the Amsterdam Department of Society for the Promotion of Art. Sillem has been a member of the board of directors since 1884 of the conservatory that formed part of this organization. In 1886 he was appointed chairman of the conservatory in Amsterdam.

The music enjoyed Sillem’s great interest; himself an inexplicable amateur pianist, he was in contact with a large number of important Dutch and foreign composers and performing musicians. He was particularly friends with the composers Johannes Brahms and Julius Röntgen.

In September 1881 a ‘Provisional Commission to build a concert hall’ was formed by six gentlemen,

Some of them were also members of the board of the Amsterdam Department of the Society for the Promotion of Art.

The committee started its activities at the beginning of 1882. The ‘Vereeniging Concertgebouw’ was established by this committee; this legal form was chosen as a means of raising funds. The first board of the N.V. ‘The Concertgebouw’ consisted of Joosten, Sillem, Van Ogtrop, De Marez Oyens (treasurer) and Cnoop Koopmans, who was later succeeded as Secretary by R. van Rees.

Initially Mr. Van Ogtrop was chairman, but after a year, Sillem took over from him. He carried it out until the completion of the project. Anyone who bought shares for at least a thousand guilders in the N.V. the Concertgebouw (Amsterdam) had the right of preference on two seats in all versions accessible to him. Despite objections and a lack of cooperation, this consortium succeeded in setting up the Concertgebouw entirely from a private initiative on a site that consisted entirely of meadows at the time.

On April 20, 1912, in Maison Couturier at the Keizersgracht 674, on the occasion of the hundred-fold uncle and segregation of J.A. Sillem a party place; first a cinema performance for the cousins up to 13 years and then a dinner for everyone aged 13 and older. Nine days later, on April 29, 1912, Jérôme Alexander Sillem was found dead in his house at Herengracht 577. On 2 May 1912 the remains of Sillem were ordered at the Zorgvlied cemetery in Amsterdam where he shares a grave with his youngest brother Emile. Jérôme Sillem (1847-1877). The grave with grave number O-I-226A was restored in 2012. During his lifetime, J.A. Sillem has been awarded a number of times; he was Knight in the Order of the Dutch Lion and Officer in the Order of Orange-Nassau.