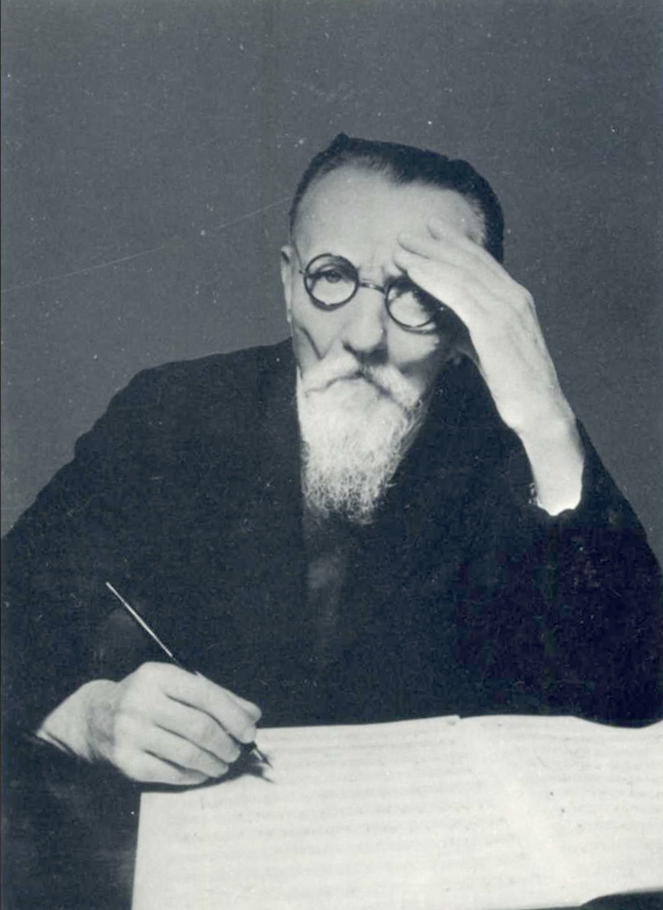 Josef Matthias Hauer was an Austrian composer and music theorist. He is most famous for developing, independent of and a year or two before Arnold Schoenberg, a method for composing with all 12 notes of the chromatic scale. Hauer was also an important early theorist of twelve-tone music and composition.

Hauer “detested all art that expressed ideas, programmes or feelings,” instead believing that it was “essential…to raise music to its highest…level,” a, “purely spiritual, supersensual music composed according to impersonal rules,” and many of his compositions reflect this in their direct, often athematic, ‘cerebral’ approach. Hauer’s music is diverse, however, and not all of it embraces this aesthetic position.

According to one scholar, Hauer’s twelve-tone music was balanced between the “obligatory rule” that each composition follow an arrangement of the total chromatic: “the ‘Constellation’ or “Grundgestalt’ (‘basic shape’),” and his often emphasized concept of tropes, or unordered arrangement of a pair of hexachords.

This interpretation seems largely drawn from Hauer’s theoretical writing of the early to mid-1920s in which he outlines these techniques. But a closer look at Hauer’s compositional output reveals that a significant portion of his twelve-tone music from the 1920s and 30s employs strictly ordered rows, as do the Zwoelftonspiel pieces that follow. Despite this, Hauer is often mentioned as the inventor of the tropes in contrast to the Arnold Schoenberg and the Second Viennese School, who are thought of as advocates of Schoenberg’s twelve-tone method. (In fact, many of the twelve-tone pieces by Schoenberg and his student Alban Berg do not strictly follow this method.) 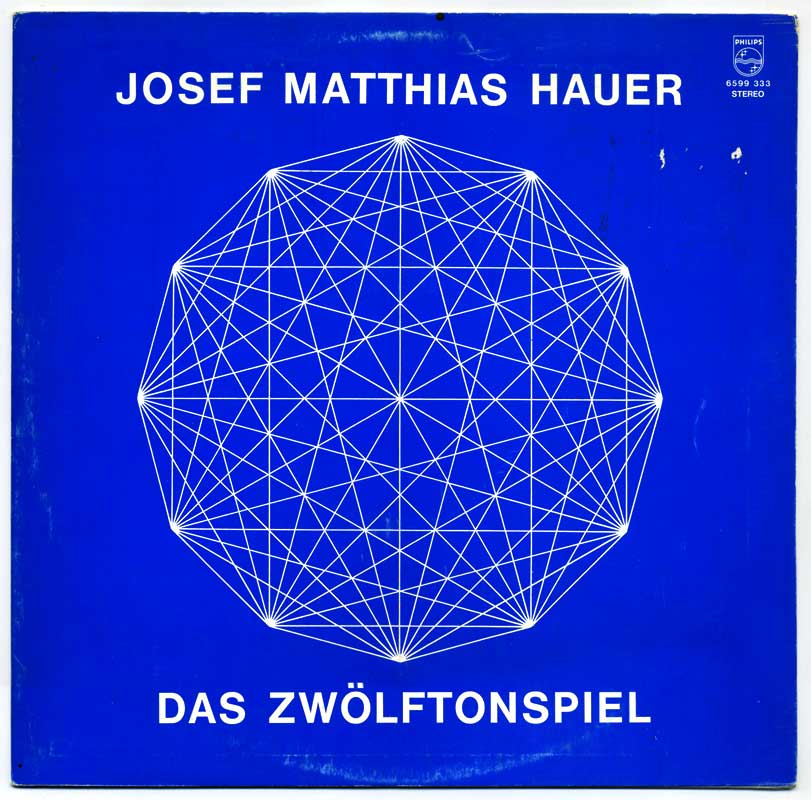 Hauer was born in Wiener Neustadt and died in Vienna. He had an early musical training in cello, choral conducting, and organ, and claimed to have been self-taught in theory and composition. In 1918 he published his first work on music theory (a tone-color theory based on Goethe’s Theory of Colours). In August 1919 he published his “law of the twelve tones”, requiring that all twelve chromatic notes sound before any is repeated. This he developed and first articulated theoretically in Vom Wesen der Musikalischen (1920), before the Schoenberg circle’s earliest writings on twelve-tone technique.

Hauer wrote prolifically, both music and prose, until 1938, when his music was added to the touring Nazi “degenerate art” (Entartete Kunst) exhibit. He stayed in Austria through the war, and, in fear, publishing nothing. Even after the war, however, he published little more, although it is thought that several hundred pieces remain in manuscript.

Hauer continued to write Zwoelftonspiel pieces until the time of his death while also teaching several students his techniques and philosophy. At the time of his death, Hauer had reportedly given away most of his possessions, living simply while retaining a copy of the I Ching.