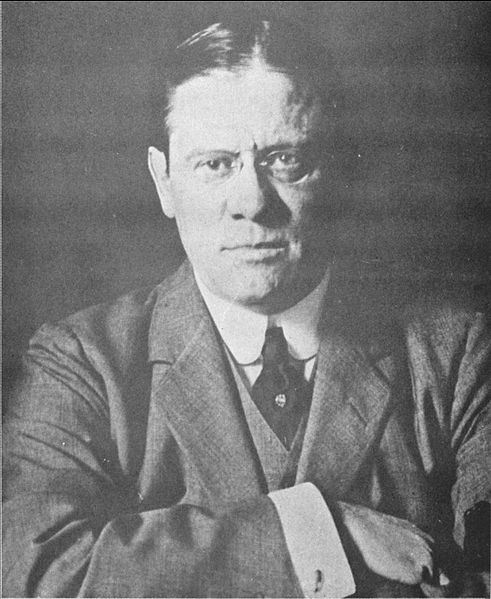 The Etude notes with deep regret the death of Mr. Rudolph E. Schirmer, President of G. Schirmer, Inc., of New York. He was born at New York July 22, 1859. Educated in private schools at New York and Weimar, Germany; graduated with the degree of B. A. from Princeton University in 1880 and as LL. B. from the Columbia Law School in 1884, being admitted to the New York bar in the same year.

He entered the firm of music publishers founded by his father in 1866.
The sudden death of his brother, Gustave, in 1907, cast a great additional burden of responsibility on Mr. Rudolph Schirmer’s shoulders, and the strain gradually undermined his health. While retaining until the end a directing and advisory influence on the business of the firm, he gradually withdrew from the actual active management in favor of his nephew, Mr. Gustave Schirmer.
Mr. Rudolph E. Schirmer was characteristically a publisher of the type that sees in a publisher a trustee of the best interests of the art, and believes that it is a publisher’s duty to give to the public not only what it wants, but what it needs. In matters of real art he did not hesitate to subordinate commercial considerations to the higher cultural aspects of an enterprise. He founded the Musical Quarterly in 1915. His interests extended to institutions and in keeping with his ideals he donated the Circulating Library of Music founded by G. Schirmer to the Institute of Musical Art, New York, and a select musical library to Santa Barbara in memory of his infant daughter who died in 1918.
As a boy he knew Franz Liszt (1811-1886) at Weimar. The circle of his acquaintances and friendships with artists, great and small, was very wide. His love of the beautiful embraced other arts beside and his collection of Chinese porcelains and Japanese lacquers is appreciated among connoisseurs for its intrinsic value.
Mr. Rudolph Schirmer was a trustee of the Institute of Musical Art and a director of the Oratorio Society, and the New York Symphony Society.
More
He became a partner in the firm founded by their father in N.Y., and after the latter’s death in 1893, he managed the business jointly with his brother, retaining independent control of the Boston Music Co. Rudolph was educated in N.Y. public schools, and lived in Weimar with his mother, brother, and 4 sisters (1873-1875). He studied violin and piano with Helene Stahl and came in contact with the Liszt circle; in 1876 he entered the Coll. of N.J. (later Princeton Univ.), and after graduation in 1880 studied law for 4 years at Columbia Coll., being admitted to the bar in 1884. In 1885 he took the place of his brother Gustave in his father’s music pubi, business. Later he was rejoined by Gustave, and upon their father’s death in 1893, Rudolph became president of the firm, assuming sole control from 1907. In 1915 he founded the Musical Quarterly.