Eusapia Palladino (Paladino) was an Italian Spiritualist physical medium. She claimed extraordinary powers such as the ability to levitate tables, communicate with the dead through her spirit guide John King, and to produce other supernatural phenomena.

She convinced many persons of her powers, but was caught in deceptive trickery throughout her career. Magicians, including Harry Houdini, and skeptics who evaluated her claims concluded that none of her phenomena were genuine and that she was a clever trickster. 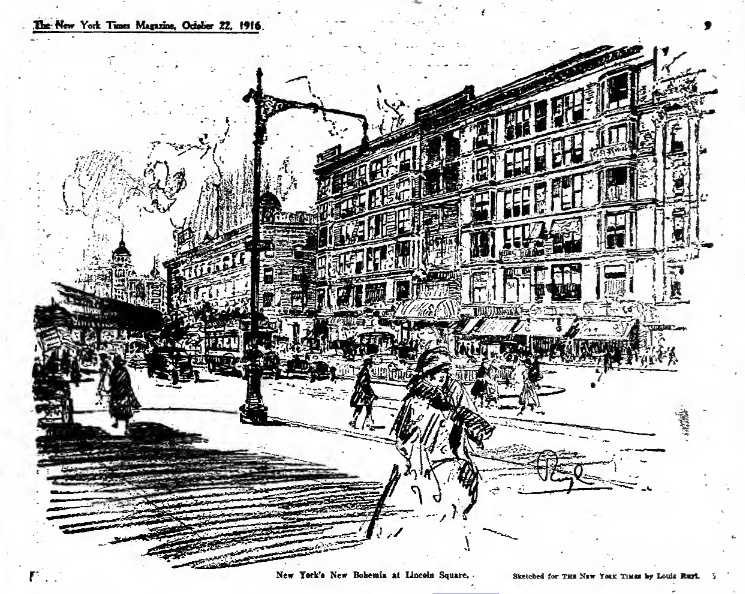 Her Warsaw séances at the turn of 1893-1894 inspired several colorful scenes in the historical novel Pharaoh, which Bolesław Prus began writing in 1894.

Palladino was born into a peasant family in Minervino Murge, Bari Province, Italy. She received little, if any, formal education. Orphaned as a child, she was taken in as a nursemaid by a family in Naples. In her early life, she was married to a travelling conjuror and theatrical artist, Raphael Delgaiz, whose store she helped manage. Palladino later married a wine merchant, Francesco Niola. 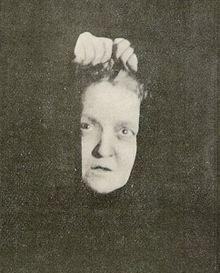 Palladino visited America in 1909 with Hereward Carrington as her manager. Her arrival was accompanied by a veritable campaign in the American popular press, with newspapers such as the New York Times and magazines such as the Cosmopolitan publishing numerous articles on the Italian medium.

The magician Howard Thurston attended a séance and endorsed Palladino’s levitation of a table as genuine. However, at a séance on 18 December in New York, the Harvard psychologist Hugo Münsterberg with the help of a hidden man lying under a table, caught her levitating the table with her foot. He had also observed Palladino free her foot from her shoe and use her toes to move a guitar in the séance cabinet. Münsterberg also claimed that Palladino moved the curtains from a distance in the room by releasing a jet of air from a rubber bulb that she had in her hand. Daniel Cohen said that “[Palladino] was undaunted by Munsterberg’s exposure. Her tricks had been exposed many times before, yet she had prospered.” The exposure was not taken seriously by Palladino’s defenders. 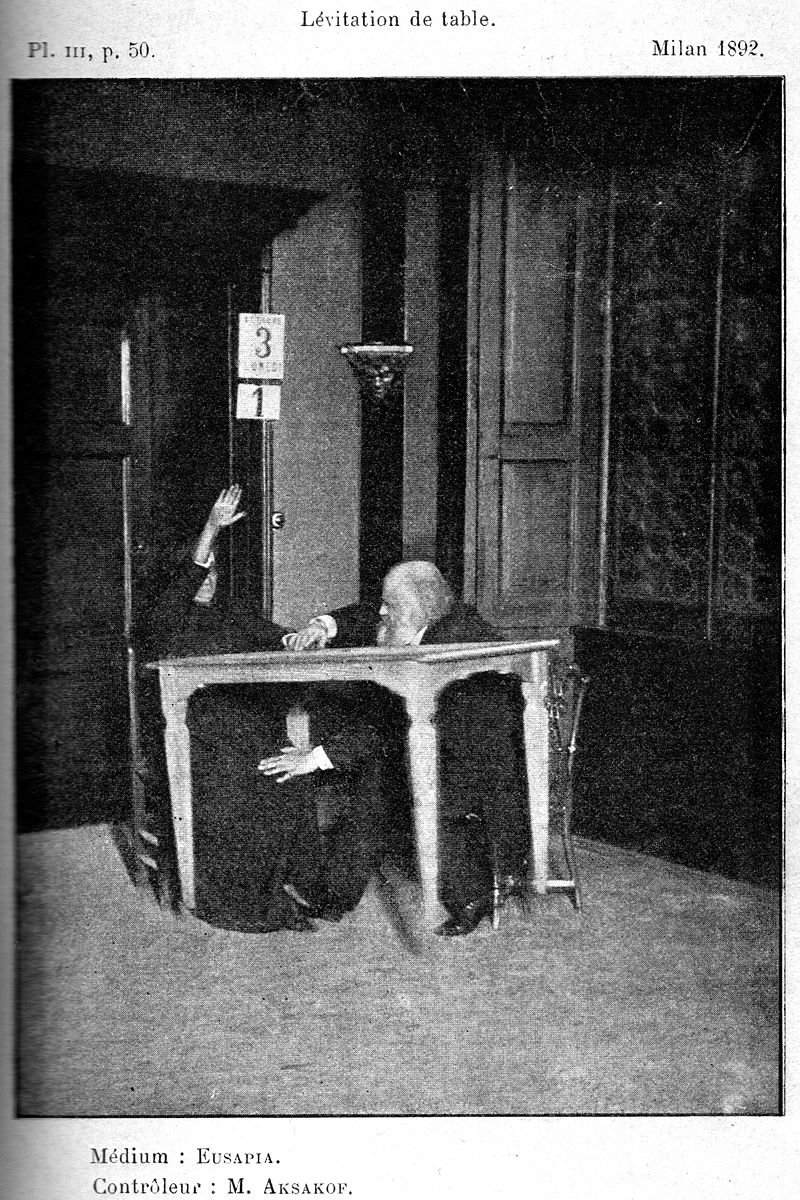 In January, 1910 a series of séance sittings were held at the physics laboratory at Columbia University. Scientists such as Robert W. Wood and Edmund Beecher Wilson attended. The magicians W. S. Davis, J. L. Kellogg, J. W. Sargent and Joseph Rinn were present in the last séance sittings in April. They discovered that Palladino had freed her left foot to perform the phenomena. Rinn gave a full account of fraudulent behavior observed in a séance of Palladino. Milbourne Christopher summarized the exposure:

Joseph F. Rinn and Warner C. Pyne, clad in black coveralls, had crawled into the dining room of Columbia professor Herbert G. Lord’s house while a Palladino seance was in progress. Positioning themselves under the table, they saw the medium’s foot strike a table leg to produce raps. As the table tilted to the right, due to pressure of her right hand on the surface, they saw her put her left foot under the left table leg. Pressing down on the tabletop with her left hand and up with her left foot under the table leg to form a clamp, she lifted her foot and “levitated” the table from the floor.

Palladino was offered $1000 by Rinn if she could perform a feat in controlled conditions that could not be duplicated by magicians. Palladino eventually agreed to the contest but did not turn up for it, and instead returned to Italy.