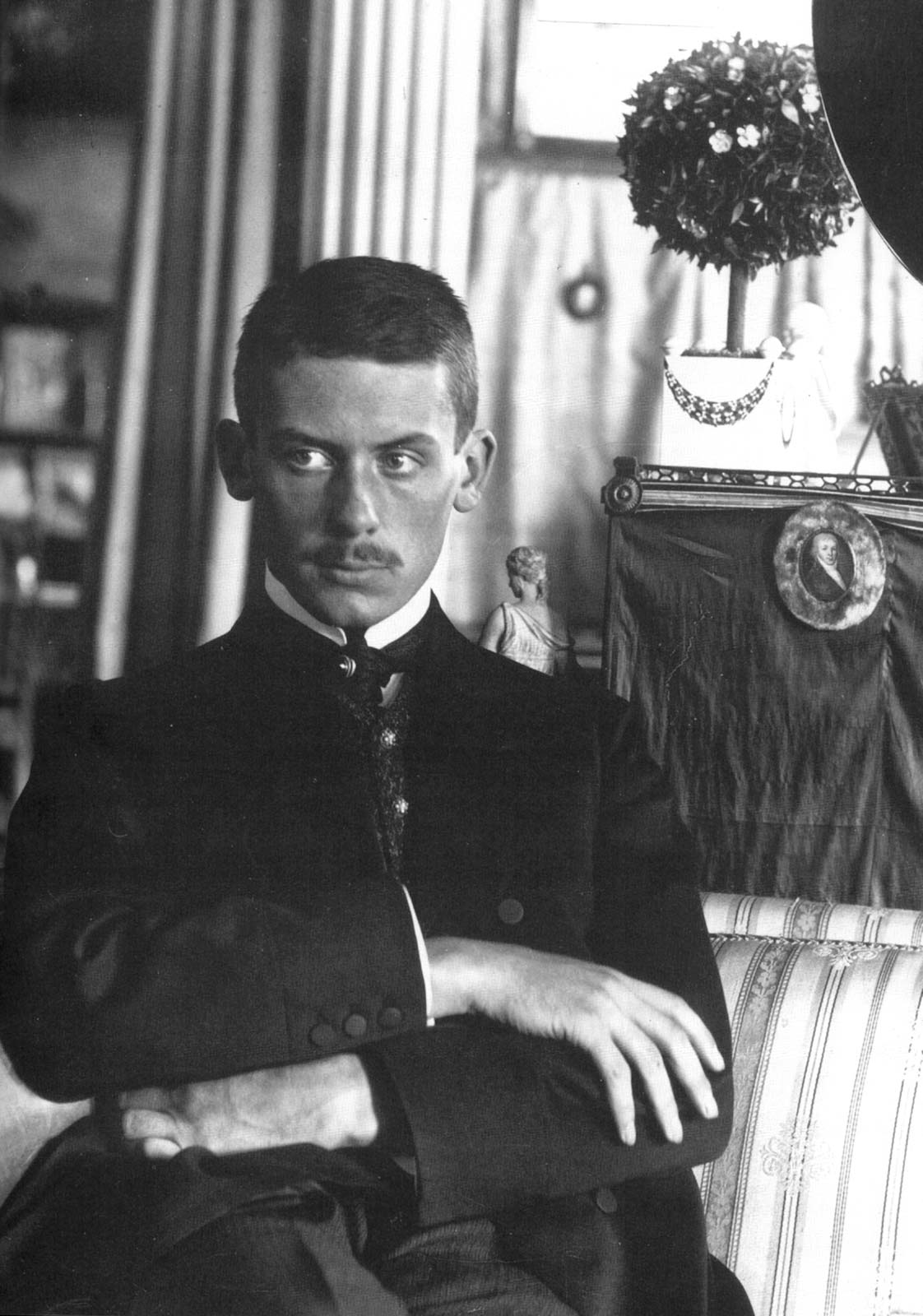 Walter Adolph Georg Gropius was a German architect and founder of the Bauhaus School, who, along with Ludwig Mies van der Rohe, Le Corbusier and Frank Lloyd Wright, is widely regarded as one of the pioneering masters of modern architecture. Born in Berlin, Walter Gropius was the third child of Walter Adolph Gropius and Manon Auguste Pauline Scharnweber (1855–1933).

In 1910, during time spent in the spa resort of Tobelbad with her second daughter Anna Justine Mahler (Gucki) (1904-1988), Alma Mahler (1879-1964) became acquainted with the young German architect Walter Gropius. After eight years of marriage with Gustav Mahler, characterized by privation and austerity, Alma´s pent-up longing to be taken seriously as a woman now exploded within her. The two became utterly absorbed in unbridled nights of love. After she had departed, Gropius committed an unbelievable blunder; he wrote Alma a passionate love letter which he mistakenly addressed to Gustav Mahler. Although, in the confrontation that inevitably followed, Mahler defeated his rival, the price he paid was the loss of his virility, of which it was Sigmund Freud´s task to cure him in a short session of analysis.

Following Mahler´s death in 1911, a four-year separation ensued between Alma and Gropius when the latter learnt that Alma had given herself to Mahler as he lay dying, at a time when Gropius supposed her already to be his. But it was Alma´s separation from her amour fou, Oskar Kokoschka, which brought reconciliation in Berlin, in 1915. This led to Alma´s marriage to Gropius, from which their beautiful daughter Manon was born. Walter and Alma’s daughter, named Manon after Walter’s mother, was born in 1916. 1919, following a dramatic premature labour, Alma gave birth to little Martin, of whom paternity was however claimed by her then lover Franz Werfel. Finally, in 1920, Gropius agreed to a divorce and withdrew from Alma´s life. 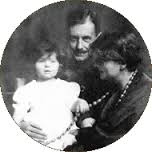 When Manon died of polio at age 18, in 1935, composer Alban Berg wrote his Violin Concerto in memory of her (it is inscribed “to the memory of an angel”). Gropius and Alma divorced in 1920. (Alma had by that time established a relationship with Franz Werfel, whom she later married.) On 16 October 1923, Gropius married Ilse (later changed to Ise) Frank, and they remained together until his death in 1969. They adopted a daughter together, Beate Gropius, known as Ati. Ise Gropius died on 9 June 1983 in Lexington, Massachusetts.

Walter Gropius was drafted August 1914 and served as a sergeant and then as a lieutenant in the signal corps in the First World War. He survived being both buried under rubble and dead bodies, and shot out of the sky with a dead pilot. He was awarded the Iron Cross twice. Gropius then, like his father and his great-uncle Martin Gropius before him, became an architect. Gropius could not draw, and was dependent on collaborators and partner-interpreters throughout his career. In school he hired an assistant to complete his homework for him. In 1908, after studying architecture in Munich and Berlin for four semesters, Gropius joined the office of the renowned architect and industrial designer Peter Behrens, one of the first members of the utilitarian school. His fellow employees at this time included Ludwig Mies van der Rohe, Le Corbusier, and Dietrich Marcks.

In 1910 Gropius left the firm of Behrens and together with fellow employee Adolf Meyer established a practice in Berlin. Together they share credit for one of the seminal modernist buildings created during this period: the Faguswerk in Alfeld-an-der-Leine, Germany, a shoe last factory. Although Gropius and Meyer only designed the facade, the glass curtain walls of this building demonstrated both the modernist principle that form reflects function and Gropius’s concern with providing healthful conditions for the working class. The factory is now regarded as one of the crucial founding monuments of European modernism. Gropius was commissioned in 1913 to design a car for the Prussian Railroad Locomotive Works in Königsberg. This locomotive was unique and the first of its kind in Germany and perhaps in Europe. Other works of this early period include the office and factory building for the Werkbund Exhibition (1914) in Cologne.

In 1913, Gropius published an article about “The Development of Industrial Buildings,” which included about a dozen photographs of factories and grain elevators in North America. A very influential text, this article had a strong influence on other European modernists, including Le Corbusier and Erich Mendelsohn, both of whom reprinted Gropius’s grain elevator pictures between 1920 and 1930. Gropius’s career was interrupted by the outbreak of World War I in 1914. Called up immediately as a reservist, Gropius served as a sergeant major at the Western front during the war years and was wounded and almost killed. Gropius was awarded an Iron Cross (“when it still meant something,” he confided to his friend Chester Nagel) while fighting for four years for Germany on the Western Front.

Walter Gropius’s Monument to the March Dead (1921) dedicated to the memory of nine workers who died in Weimar resisting the Kapp Putsch. Gropius’s career advanced in the postwar period. Henry van de Velde, the master of the Grand-Ducal Saxon School of Arts and Crafts in Weimar was asked to step down in 1915 due to his Belgian nationality. His recommendation for Gropius to succeed him led eventually to Gropius’s appointment as master of the school in 1919. 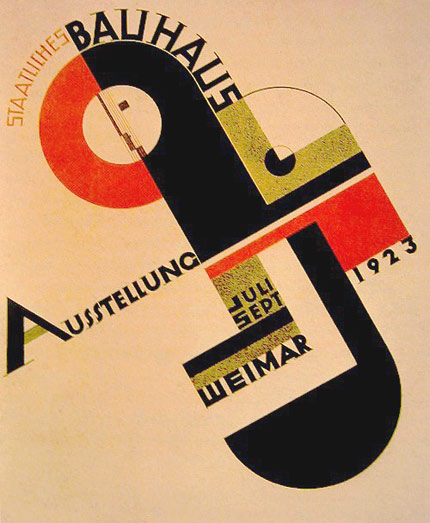 It was this academy which Gropius transformed into the world famous Bauhaus, attracting a faculty that included Paul Klee, Johannes Itten, Josef Albers, Herbert Bayer, László Moholy-Nagy, Otto Bartning and Wassily Kandinsky. In principle, the Bauhaus represented an opportunity to extend beauty and quality to every home through well designed industrially produced objects. The Bauhaus program was experimental and the emphasis, was theoretical. One example product of the Bauhaus was the armchair F 51, designed for the Bauhaus’s directors room in 1920 – nowadays a re-edition in the market, manufactured by the German company TECTA/Lauenfoerde. 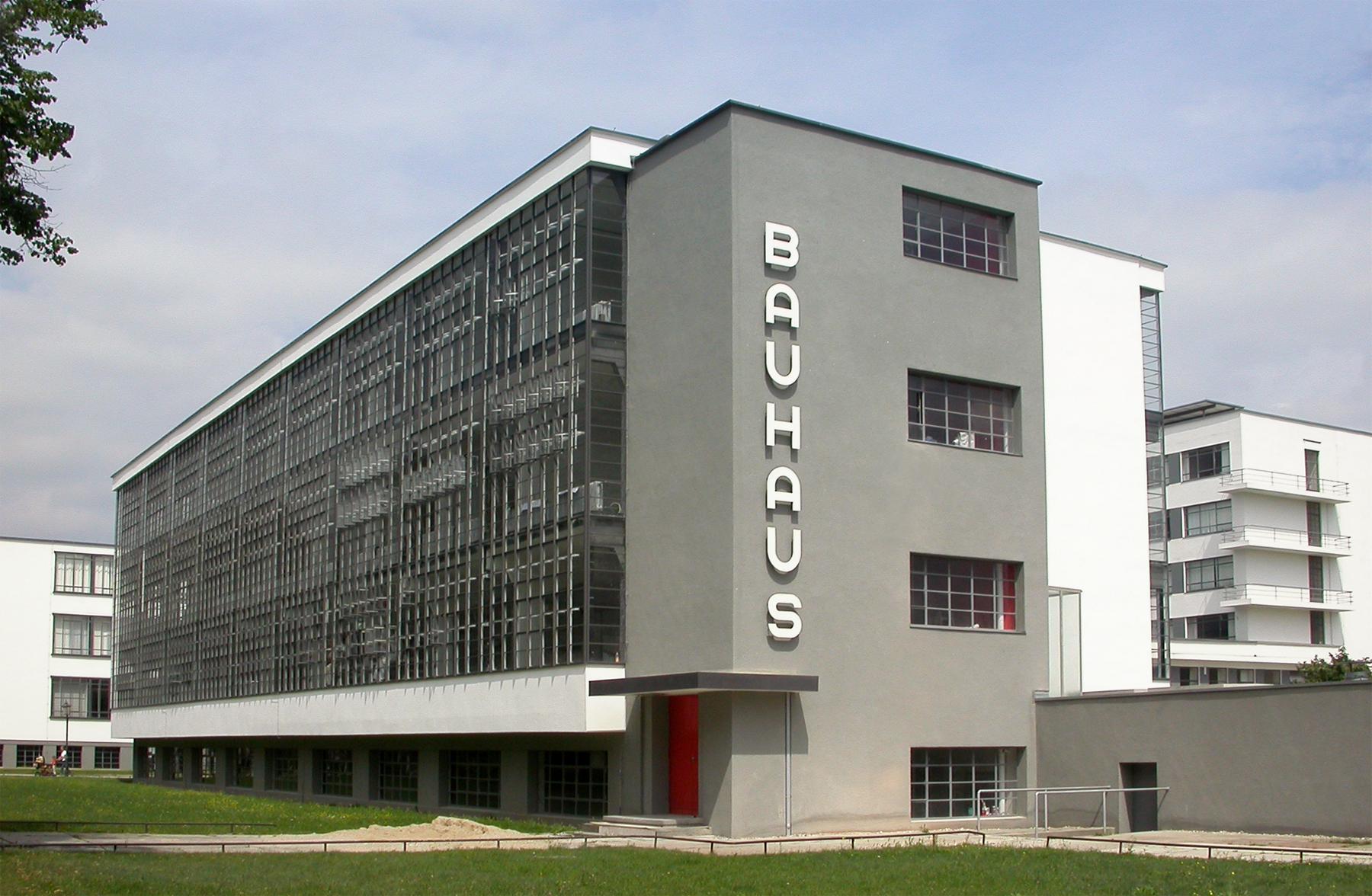 In 1919, Gropius was involved in the Glass Chain utopian expressionist correspondence under the pseudonym “Mass.” Usually more notable for his functionalist approach, the “Monument to the March Dead,” designed in 1919 and executed in 1920, indicates that expressionism was an influence on him at that time.

In 1923, Gropius designed his famous door handles, now considered an icon of 20th-century design and often listed as one of the most influential designs to emerge from Bauhaus. Walter Gropius designed the newly constructed school building in 1925 on behalf of the city of Dessau. Gropius collaborated with Carl Fieger, Ernst Neufert and others within his private architectural practice. He also designed large-scale housing projects in Berlin, Karlsruhe and Dessau in 1926–32 that were major contributions to the New Objectivity movement, including a contribution to the Siemensstadt project in Berlin.

Gropius died on 5 July 1969 in Boston, Massachusetts, aged 86. Walter Gropius was diagnosed with an illness that consisted of an inflammation of the glands, and was admitted to the hospital on 7 June. After a necessary operation performed on 15 June ended successfully there was hope of a full recovery. Gropius described himself as a “tough old bird” and continued to make progress for about a week. His lungs became congested and could not supply proper amounts of oxygen to the blood and brain and he lost consciousness and died in his sleep early Sunday morning.