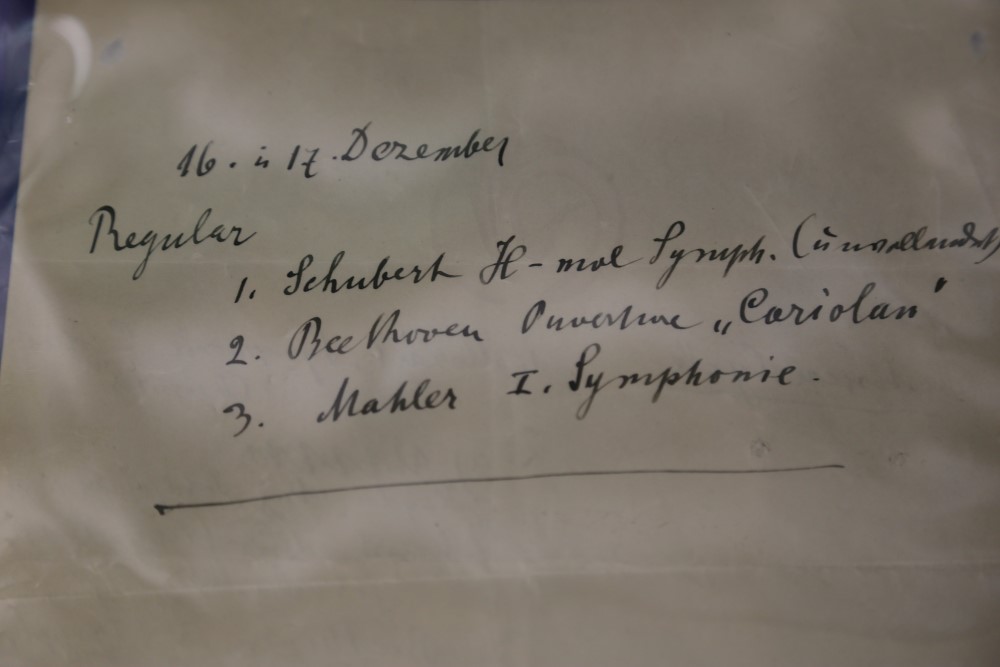 Mahler last conducted his own First Symphony on December 16 and 17, 1909, when he led the New York Philharmonic in the work’s United States premiere. After his death in 1911, the score that he used in those performances remained in the Philharmonic Orchestra’s Library and was stamped accordingly. It was used in later Philharmonic performances, and bears markings by Bruno Walter in 1933 (see note on top of the title page: “49 minutes B.W.”) and Leonard Bernstein in 1959 or 1962 (see page 3, bottom left corner: “L.B.” among others. See  Introduction Symphony No. 1.