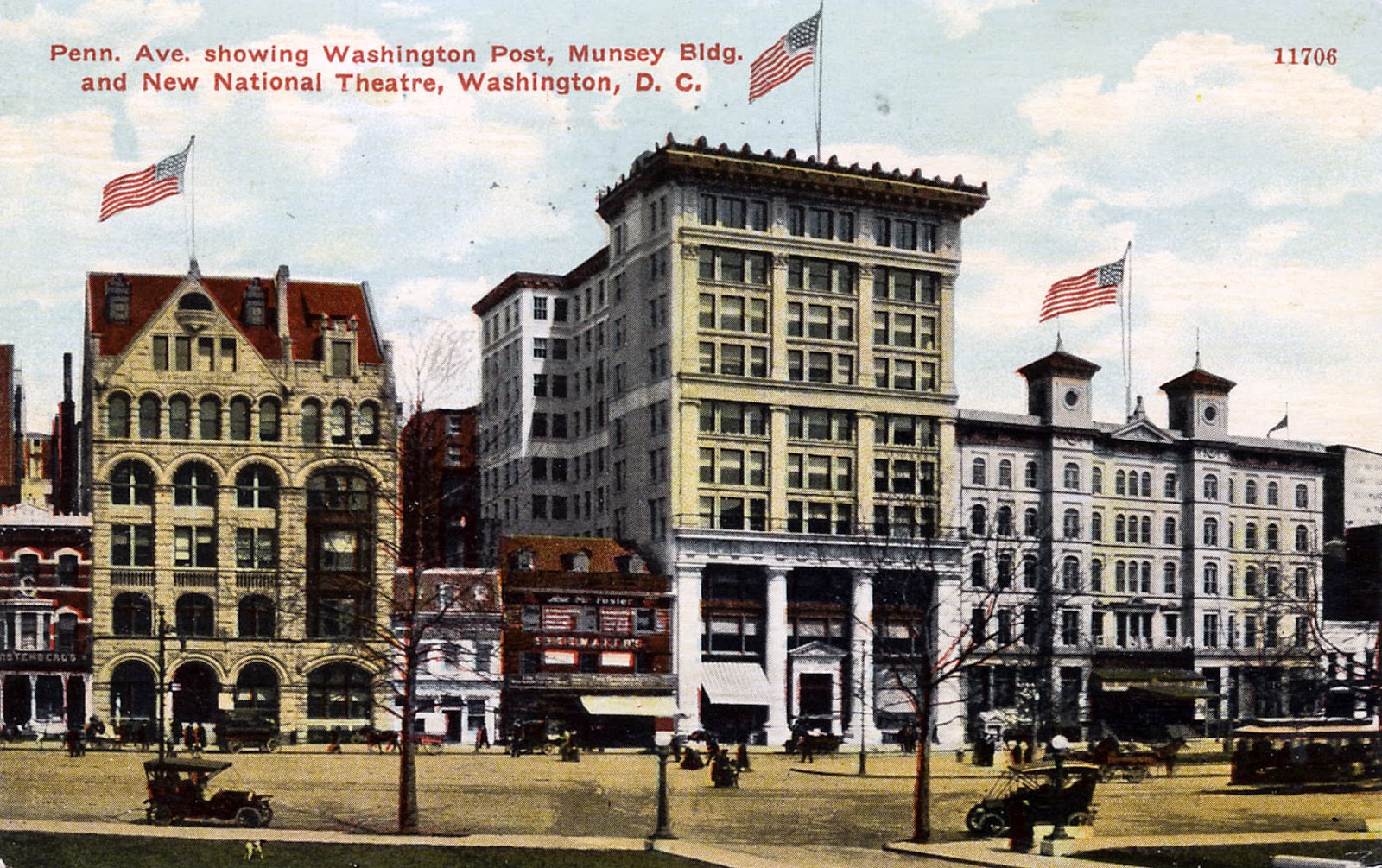 The National Theatre is located in Washington, D.C., and is a venue for a variety of live stage productions with seating for 1,676. Despite its name, it is not a governmentally funded national theatre, but operated by a private, non-profit organization.

The National Theatre has hosted presidential inaugural balls, world premieres of landmark American musicals, presidential command performances of national artistic merit, and the first presentation of the coveted Helen Hayes Award. Lincoln learned of his nomination to a second term while attending a performance at The National Theatre and ominously witnessed the Washington debut of John Wilkes Booth in the title role in Shakespeare’s Richard III. The theater has played a significant role in national events, boosting public moral in times of conflict and serving as a focal point in the struggle for civil rights in the 20th century.

On September 17, 1834, a gathering of patriotic citizens led by William Wilson Corcoran decided that our fledgling city deserved a magnificent theater worthy of the nation’s capital. They selected a site close to the White House, the social center of the federal government, and sold shares of stock to raise construction funds. The National Theatre opened its doors for the first time on December 7, 1835, with a production of A Man of the World, dazzling the opening night audience with its elegant interior. Cerulean Blue walls shimmered in candlelight below a domed ceiling filled with allegorical scenes; box tiers were decorated with depictions of historical events in diplomacy, maritime power, and agriculture. A portrayal of the Declaration of Independence supported by the Wings of Time surmounted the proscenium arch, and the theatre curtain was painted with an equestrian statue of George Washington with Mount Vernon in the distance. 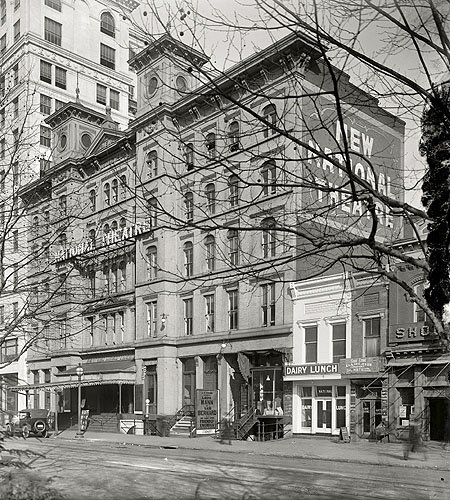 From 1882 until 1916, America’s March King John Philip Sousa conducted The President’s Own United States Marine band, and later The John Philip Sousa Band in frequent concerts at the National Theatre. In December 1900, Sir Winston Churchill gave a lecture on the stage of The National Theatre recounting his experiences in The Boer War. On January 17, 1984, President and Mrs. Ronald Reagan attended a Gala Benefit performance of David Merrick’s Broadway musical “42nd Street” to celebrate the renovation of the National Theatre. President Reagan spoke from the stage of The National welcoming the renovation of the historic playhouse. 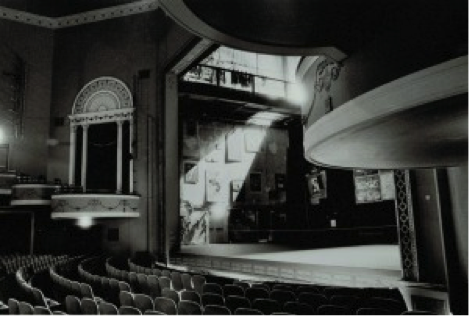 In her many biographies, Washington actress Helen Hayes traced her theatrical career to the time she saw her first play as a young child in the balcony of The National Theatre. Miss Hayes returned to The National time and again in many of her most famous stage roles, and in the 1980s the theater dedicated the Helen Hayes Gallery in her honor and hosted the premiere presentation of her namesake Helen Hayes Awards. 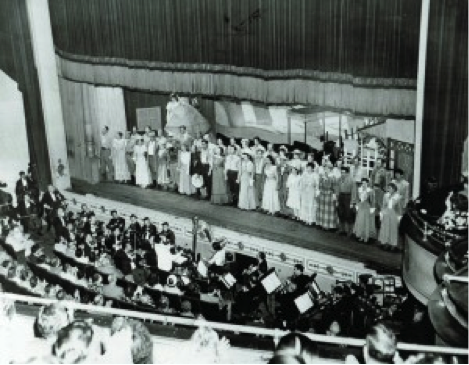 The friendly specter of 19th century actor John McCullough is said to haunt the theater, first seen shortly after his death in 1885 by actors who had worked with him. He is most frequently spotted as a dark amorphous figure, making his benevolent presence known before disappearing into the air. The spirit of a young boy was also rumored to haunt the theater in the 19th century, but his presence has not been reported in many decades.