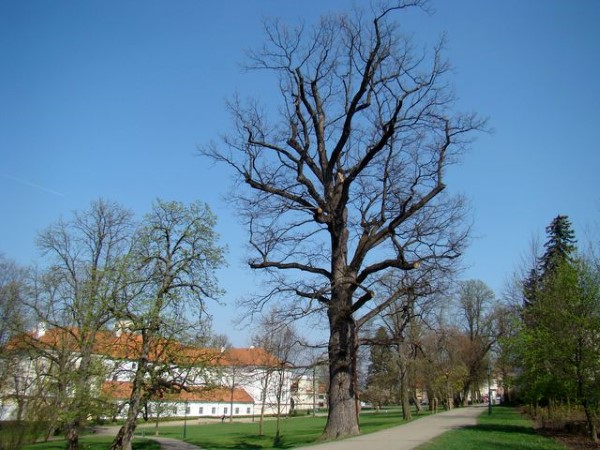 Vlasimsky zamek. The castle is located over the river Blanice. The original Gothic castle was built in the 14th century. Since the mid of 15th century to the mid of 16th century the castle was gradually converted to a manor house and multiple rebuilt. From 18 century until 1945 it was owned by Prince of Auersperg family and was adjusted into the Classicism. This form boasts the castle up today. In the castle is the exhibition of original weapons, hunting trophies of previous owners, tools and clothing used in the past, and many other interesting historical exhibits.

Originally a castle founded after 1318 by Hynek of Vlašim and extended in the mid 15th century by Mikuláš Trcka of Lípa. Under Jan Ostrovec of Krakovice an alteration of the complex to a Renaissance chateau started in 1580, the reconstruction was completed in 1620. Under František Vilém Talmberk the chateau was further extended, the works started in 1654. The final alterations were carried out in the second half of the 18th century under Karl Josef Auersperg. After 1846 a new gate leading to a honorary courtyard and neo-gothic gates were added. The two-storied castle comprises of four wings, in its north wing there is a polygonal tower clock topped with a low cupola, and of outbuildings.

In the central wing, court extension is evident, in the north there is an enclosed rectangular staircase extension supported by semi columns on individual floors. The youngest east wing is situated next to the gate closing the honorary courtyard, it is a Baroque building with pilaster façades. The castle underwent considerable alterations in the past, but a 1771 chapel was preserved in the tower as well as a theatre with original wall covering decoration from the mid-19th century. A landscaped park was founded in 1775 in the valley of the Blanice river. From the many constructions that had been originally situated in the park a Chinese Pavilion, artificial ruin, a statue of Samson and grandiose pseudo-Gothic gates pointing to Znosín and Domašín villages were preserved. 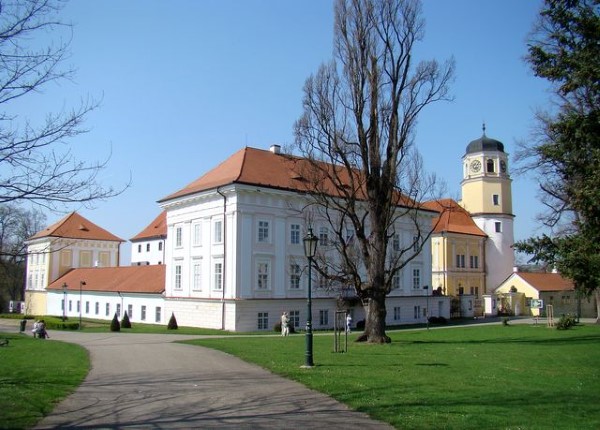