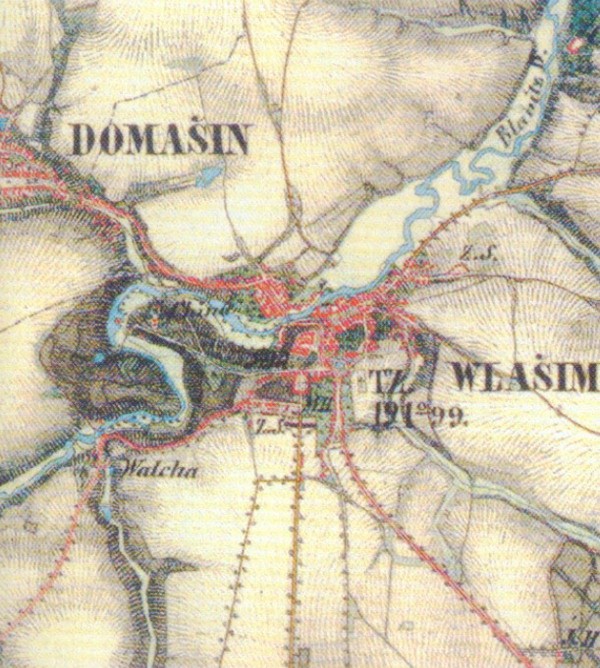 Vlasim (Wlaschim) is little town without a railroad connection. There is a major post road running through an English park with Chinese and Arabic pavilions to stimulate the romantic imagination, where Gustav may wait for the sound of the posthorn and the arrival of the post. Vlašim (Wlaschim) is a town in the Central Bohemian Region of the Czech Republic. It has 12,689 inhabitants and is situated on the Blanice river, 70 kilometers south-east from the capital, Prague. Vlašim is known for its castle and English style park with many pieces of romantic architecture such as the Chinese pavilion, Old castle and its three gates.

Vlašim is situated in close proximity to the motorway linking Prague to Brno. Vlašim railway station is south of the town centre. Winters in Vlašim area are cold and the countryside is often covered with snow from November, sometimes up until March. Summer and autumn are usually warm.

In 1752 the family of Jan Vaclav Jankovsky z Vlasimi was awarded the Bitov Estates by a King’s Tribunal but in 1755 after an inheritance battle Marie Theresa, Empress of Austria, formally transferred the Bitov Estates to powerful Austrian relatives, the family von Daun, and the title Baron of Vlasim was eliminated.

Jan Vaclav is recorded as a military officer, Carabinier von gn. at the time of the Seven Year War in Prussia in 1757. Jan married a German-Prussian noble from the family von Mayenn. After Jan’s death his wife and sons moved back to Bohemia from Slatina in Moravia.

Jan Vaclav’s two sons were Jan Matous and Karl. His son Jan Jankovsky used the German title Zeman and was Soupis Královských Svobodníku in 1789 and his other son Karl and his family used the name – title Jankovsky von Mayenhorst. The coat of arms is registered in the German archives and reflects back to the historic Jankovsky coat of arms of 1390. The family Jankovsky von Mayenhorst ended in 1860. The last Jankovsky in Bohemia from the ancient family died during WW I.

Imagine, after all of these sounds and images, that between you, as a young Jew in Jihlava in the 1860s and the locals in the country villages and towns that you love to visit there is a great linguistic divide. You speak German, German in areas that had been purely Czech-speaking until Germans settled there: Ledec, the home of your maternal grandparents, was Czech, as was Vlasim, and so was Kaliste, your birth city. Yet you never spoke Czech nor did you study it in school, as after the Thirty Years’ War in the seventeenth century, Czech independence was compromised and the language of bureaucracy and the courts in the Czech lands became German.

The two languages did not equally coexist. Czech was the language of the countryside and of the service population, German was the language of hegemony in the schools, the courts, and the printed word. Czech, to survive, would depend on the nineteenth-century national revivalists and the cultural movements of Dobrovsky, Jungmann and Palacky, the Czech intellectual patriots.

You as a German Jew, though you feel your Bohemian national identity, know that you are not in truth a Bohemian. As a further complication, you are a German Jew in the land of your birth, Bohemia, which makes you a linguistic exile right from the start. You cannot understand the words to the songs your maid is singing you, but as a very young child, you try as hard as you can to imitate the words and sing the songs. Gustav as an adult can recall only a few Germanized syllables of a Czech song he had heard as a four-year-old in a tavern in Jihlava: Eits a binkel Kasi (Hrasi).’ Zdenek Mahler cites the Czech original. Compare lines six and seven with the German above: at sepingl hazt ~ eits a binkel H(k)rasi, “whether the bundle was tossed.” Yes, little Gustav at four did know the Czech words, the Czech words to a rough tavern song, a piece of ‘banal country music’. 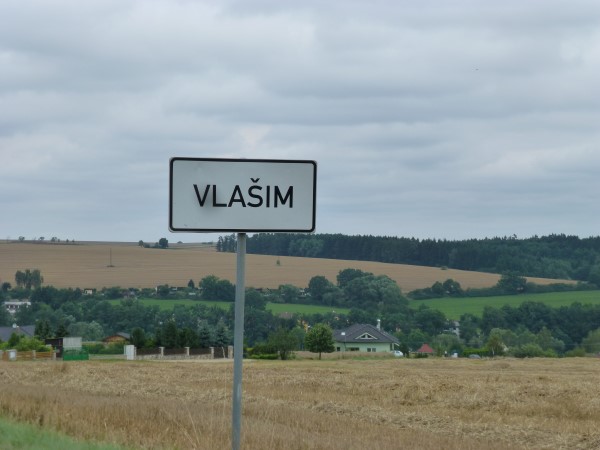 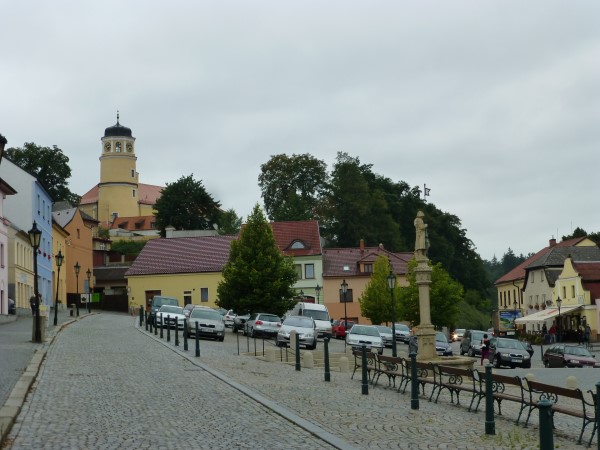 City of Vlasim with Vlasim Castle in the back. Right: House Ignaz Frank. 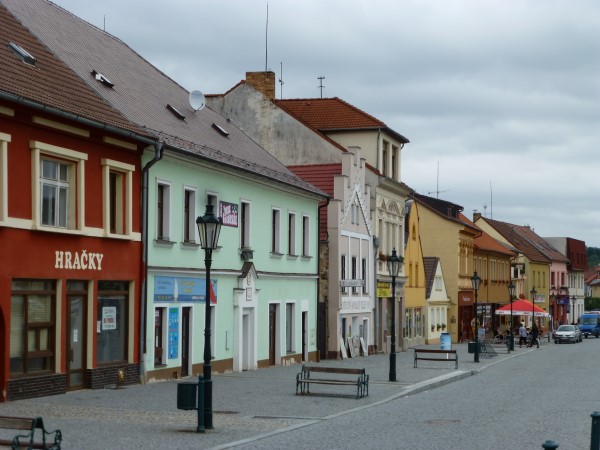