Essen is a city in the central part of the Ruhr area in North Rhine-Westphalia, Germany. Located on the River Ruhr. The city was singled out for its exemplary practices in protecting and enhancing nature and biodiversity and efforts to reduce water consumption.

Essen participates in a variety of networks and initiatives to reduce greenhouse gas emissions and to improve the city’s resilience in the face of climate change.

Resident in Essen since the 16th century, the Krupp family dynasty and Essen shaped each other. In 1811, Friedrich Krupp founded Germany’s first cast-steel factory in Essen and laid the cornerstone for what was to be the largest enterprise in Europe for a couple of decades. The weapon factories in Essen became so important that a sign facing the main railway station welcomed visitor Benito Mussolini to the “Armory of the Reich” in 1937.

The Krupp Works also were the main reason for the large population growth beginning in the mid-19th century. Essen reached a population of 100,000 in 1896. Other industrialists, such as Friedrich Grillo, who in 1892 donated the Grillo Theatre to the city, also played a major role in the shaping of the city and the Ruhr area in the late 19th and early 20th century. 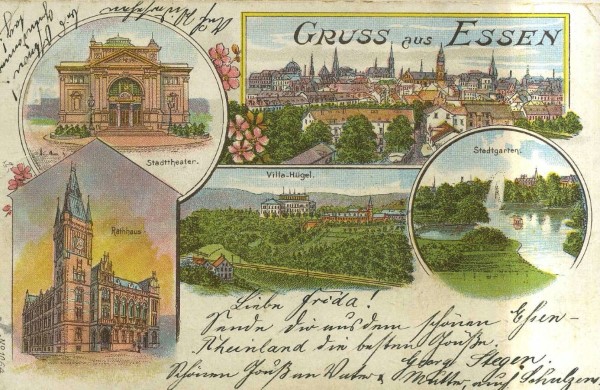 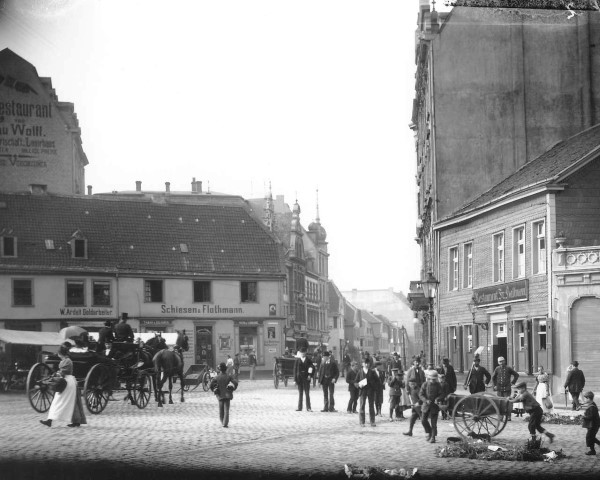