Confusion often arises around the nomenclature of Johan Sebastian Bach (1685-1750)‘s employers and their royal relatives at Weimar.

This is not surprising since Bach had two periods of employment in Weimar, each time under a different employer, and in addition, there are three royal personages involved all bearing the name of Johann-Ernst. We begin with Duke Johann-Ernst II, born 1627, died 1683. He had two sons who were to rule jointly. The elder, who always remained the dominant of the two, was Wilhelm Ernst, 1662-1728, who resided in the great Wilhelmsburg Palace complex. The younger, albeit by only two years, was Johann Ernst III, 1664-1707, who resided in the nearby Rote Schloss, or Red Palace.

At age 17, Bach was studying at Lüneburg when he learned of an organ under construction in the church at Arnstadt, in his native Thuringia. 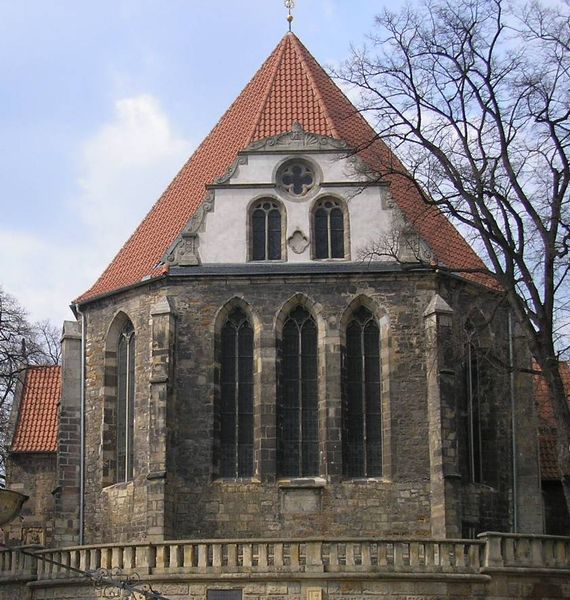 While awaiting the completion of the Arnstadt organ, he was offered, and accepted the post of violinist in the small chamber orchestra at Weimar. His employer was Duke Johann Ernst III at the Rote Schloss.

In July 1703 the organ was completed, and Bach was offered the post of organist. Perhaps a little youthfully headstrong, the young Bach had a number of disagreements with the Church Council, and so took up a new post at Mülhausen, though here again, there was disagreement as to the status of music in the church services.

Returning to Weimar in 1708, Bach was offered a position as a Court chamber musician, this time however, by Duke Wilhelm Ernst rather than his younger brother, who had recently died. Here he would remain until 1717. 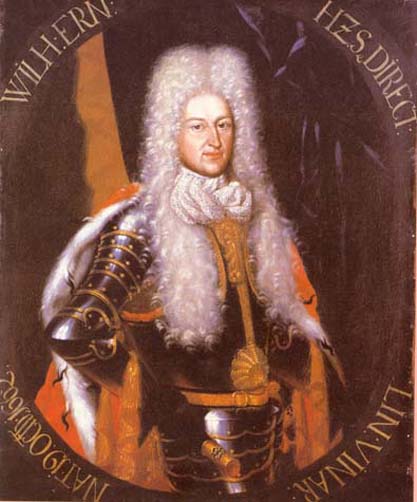 In January 1703, shortly after graduating from St. Michael’s and being turned down for the post of organist at Sangerhausen, Bach was appointed court musician in the chapel of Duke Johann Ernst III in Weimar. His role there is unclear, but likely included menial, non-musical duties. During his seven-month tenure at Weimar, his reputation as a keyboardist spread so much that he was invited to inspect the new organ, and give the inaugural recital, at St. Boniface’s Church in Arnstadt, located about 30 kilometres (19 mi) southwest of Weimar. In August 1703, he became the organist at St. Boniface’s, with light duties, a relatively generous salary, and a fine new organ tuned in the modern tempered system that allowed a wide range of keys to be used.

Despite strong family connections and a musically enthusiastic employer, tension built up between Bach and the authorities after several years in the post. Bach was dissatisfied with the standard of singers in the choir, while his employer was upset by his unauthorised absence from Arnstadt; Bach was gone for several months in 1705–06, to visit the great organist and composer Dieterich Buxtehude and his Abendmusiken at St. Mary’s Church in the northern city of Lübeck. The visit to Buxtehude involved a 450-kilometre (280 mi) journey each way, reportedly on foot.

In 1706, Bach was offered a post as organist at St. Blasius’s Church in Mühlhausen, which he took up the following year. It included significantly higher remuneration, improved conditions, and a better choir. Four months after arriving at Mühlhausen, Bach married Maria Barbara Bach, his second cousin. They had seven children, four of whom survived to adulthood, including Wilhelm Friedemann Bach and Carl Philipp Emanuel Bach who both became composers as well. Bach was able to convince the church and town government at Mühlhausen to fund an expensive renovation of the organ at St. Blasius’s Church. Bach, in turn, wrote an elaborate, festive cantata—Gott ist mein König (BWV 71)—for the inauguration of the new council in 1708. The council paid handsomely for its publication, and it was a major success.

In 1708, Bach left Mühlhausen, returning to Weimar this time as organist and from 1714 Konzertmeister (director of music) at the ducal court, where he had an opportunity to work with a large, well-funded contingent of professional musicians. Bach moved with his family into a (demolished in 1989) house, on Markt 16, very close to the ducal palace. In the following year, their first child was born and Maria Barbara’s elder, unmarried sister joined them. She remained to help run the household until her death in 1729.

Bach’s time in Weimar was the start of a sustained period of composing keyboard and orchestral works. He attained the proficiency and confidence to extend the prevailing structures and to include influences from abroad. He learned to write dramatic openings and employ the dynamic motor rhythms and harmonic schemes found in the music of Italians such as Vivaldi, Corelli, and Torelli. Bach absorbed these stylistic aspects in part by transcribing Vivaldi’s string and wind concertos for harpsichord and organ; many of these transcribed works are still regularly performed. Bach was particularly attracted to the Italian style in which one or more solo instruments alternate section-by-section with the full orchestra throughout a movement.

In Weimar, Bach continued to play and compose for the organ, and to perform concert music with the duke’s ensemble. He also began to write the preludes and fugues which were later assembled into his monumental work The Well-Tempered Clavier (Das Wohltemperierte Klavier (BWV 846-893)—Klavier meaning clavichord or harpsichord), consisting of two books, compiled in 1722 and 1744, each containing 24 preludes and fugues in every major and corresponding minor key.

Also in Weimar Bach started work on the Little Organ Book, containing traditional Lutheran chorales (hymn tunes) set in complex textures. In 1713, Bach was offered a post in Halle when he advised the authorities during a renovation by Christoph Cuntzius of the main organ in the west gallery of the Market Church of Our Dear Lady. Johann Kuhnau and Bach played again when it was inaugurated in 1716.

In the spring of 1714, Bach was promoted to Konzertmeister, an honour that entailed performing a church cantata monthly in the castle church. The first three cantatas Bach composed in Weimar were Himmelskönig, sei willkommen, BWV 182, for Palm Sunday, which coincided with the Annunciation that year, Weinen, Klagen, Sorgen, Zagen, BWV 12, for Jubilate Sunday, and Erschallet, ihr Lieder, erklinget, ihr Saiten! BWV 172 for Pentecost. Bach’s first Christmas cantata Christen, ätzet diesen Tag, BWV 63 was premiered in 1714 or 1715.

In 1717, Bach eventually fell out of favour in Weimar and was, according to a translation of the court secretary’s report, jailed for almost a month before being unfavourably dismissed: “On November 6, (1717), the quondam concertmaster and organist Bach was confined to the County Judge’s place of detention for too stubbornly forcing the issue of his dismissal and finally on December 2 was freed from arrest with notice of his unfavourable discharge.