The Liszt-Haus at Marienstrasse shows the life of Franz Liszt (1811-1886) in his former summer residence. The last Weimar residence of the composer. This is where the visitor can see not only an invitingly furnished at of the 19th century, but also discover important details about Franz Liszt’s entire life and work in a newly designed exhibition.

The residence of the court gardener was built in country style in the years 1798-1799 and has served as a museum for this artist since 1887. The idyllic charm of the ensemble that is still present today makes it easy to forget that Liszt had left Weimar in confict before he returned and moved into the Hofgartnerei (Court Gardening Department) in 1861. 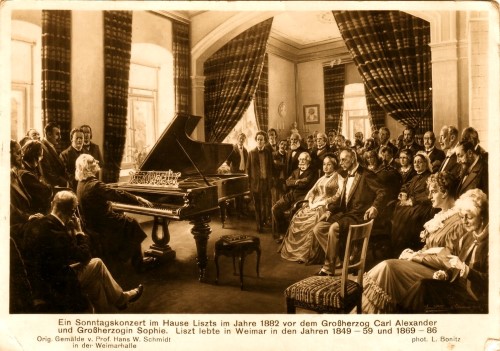 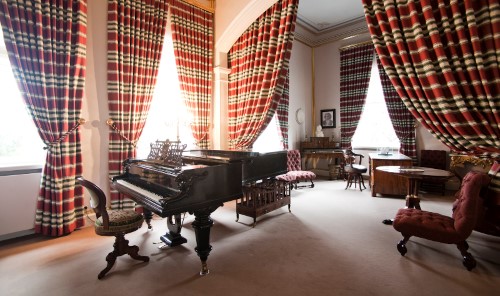 As of 1869 the house had become a seasonal home for the composer, who stayed here for several weeks or months at a time. It became the venue for many private concerts. This is where a European salon came together, in which Weimar’s court society mingled with illustrious guests from the aristocracy and the bourgeoisie. 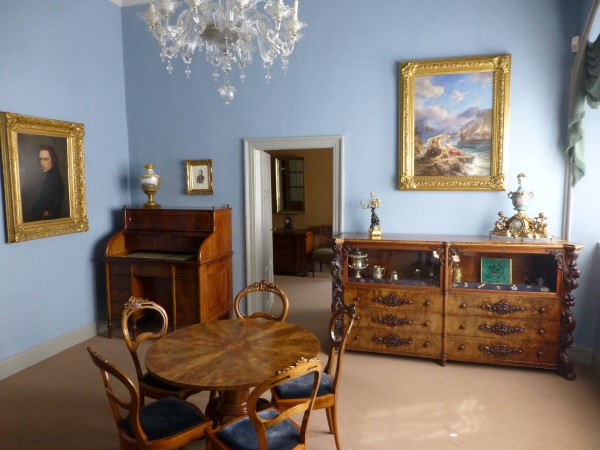 The regular guests included not only Liszt’s supporter, patron and friend of many years, Grand Duke Carl Alexander, or the court conductor as of 1869, Carl Müllerhartung, but also the painters Friedrich Preller the Elder and Hermann Wislicenus, who were largely involved in the artistic interior decoration of the Grand Ducal Museum (today: Neues Museum Weimar). Both artists had used the upper floor of the Hofgärtnerei as an atelier during the years before Liszt moved there.