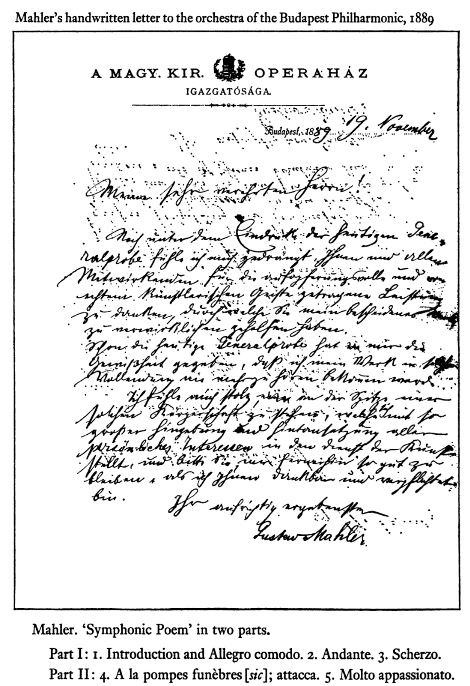 Year 1889. 19-11-1889. Mahler’s handwritten letter to the Budapest Philharmonic Orchestra about his ‘Symphonic Poem’, later Symphony No. 1.

The Budapest Philharmonic Orchestra (Hungarian: Budapesti Filharmóniai Társaság Zenekara) is Hungary’s oldest extant orchestra. It was founded in 1853 by Ferenc Erkel under the auspices of the Budapest Philharmonic Society. For many years it was Hungary’s only professional orchestra. The ensemble is an independent body, now organised by musicians of the Opera House, directed by the chairman-conductor and the board of directors. Its main concert venue is the Hungarian State Opera House, where they give around ten concerts per year.

Since its foundation famous composers have given[clarification needed] concerts with the orchestra. Franz Liszt travelled regularly to Budapest and appeared as guest conductor with them; among its other guest conductors over the past 150 years have been Brahms, Dvo?ák, and Mahler.

The original members of the orchestra were drawn from musicians of the Hungarian National Theatre. Its first concert was on 20 November 1853, under the baton of Ferenc Erkel. The programme consisted of works by Beethoven (7th Symphony), Mozart, Mendelssohn and Meyerbeer. 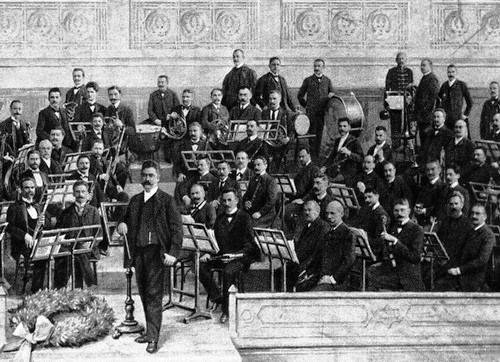 The chairmen-conductors of the orchestra have been: