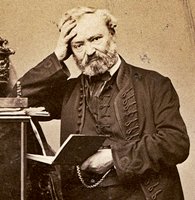 Ferenc Gy?rgy Alajos Erkel (German: Franz) was a Hungarian composer, conductor and pianist. He was the father of Hungarian grand opera, written mainly on historical themes, which are still often performed in Hungary. He also composed the music of “Himnusz”, the national anthem of Hungary, which was adopted in 1844. He died in Budapest.

Erkel was born in Gyula to a Danube Swabian family, a son of Joseph Erkel who was a musician. His mother was the Hungarian Klára Ruttkay. The libretti of his first three operas were written by Béni Egressy. Beside his operas, for which he is best known, he wrote pieces for piano and chorus, and a majestic Festival Overture. He acquainted Hector Berlioz with the tune of the Rákóczi March, which Berlioz used in The Damnation of Faust.

He headed the Budapest Philharmonic Orchestra (founded in 1853). He was also the director and piano teacher of the Hungarian Academy of Music until 1886. The Hungarian State Opera House in Budapest was opened in 1884, of which he was the musical director. In 1839, he married Adél Adlers.

Four of his sons participated in the composing of his later operas:

Ferenc Erkel (1810-1893) was an internationally acknowledged chess player as well, and a founder of Pesti Sakk-kör (Budapest Chess Club). A department of the Opera House was established in 1911 in Budapest which also performs operas, named Erkel Színház (Erkel Theatre) since 1953.