The Rijksmuseum in Amsterdam starts restoring Rembrandt van Rijn’s (1606 Leiden – 1669 Amsterdam) famous painting ‘ The Night Watch ‘ in July 2019. The painting will be restored in the hall where it’s currently hanging, and visitors to the museum are welcome to watch the process.

2019 marks the 350th anniversary of Rembrandt van Rijn’s death. The restoration can be followed online.

The Night Watch will be restored in a clear glass chamber designed by French architect Jean Michel Wilmotte. It’s last major restoration happened 40 years ago, following an attack on the painting in 1975.

“The Night Watch is one of the most famous paintings in the world”, Taco Dibbits, general director of the Rijksmuseum, said. “It belongs to us all, and that is why we have decided to conduct the restoration within the museum itself – and everyone, wherever they are, will be able to follow the process online.” 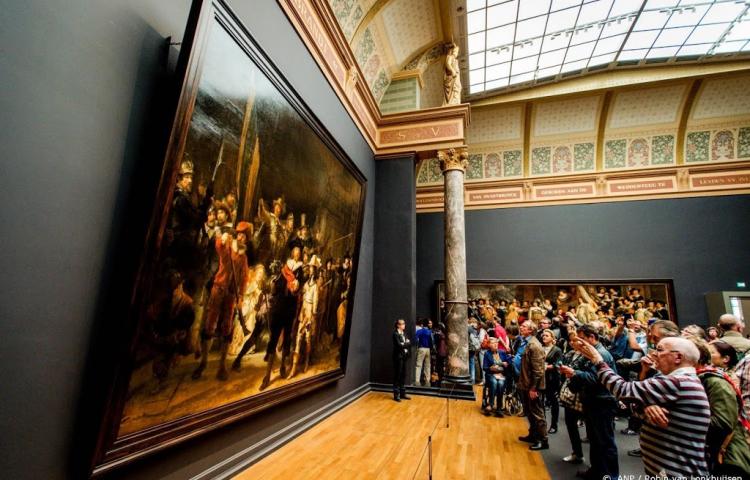 The museum continually monitors the condition of The Night Watch. The decision to restore Rembrandt’s famous work was made after some changes were noticed, including the blanching of the dog figure at the lower right of the painting. 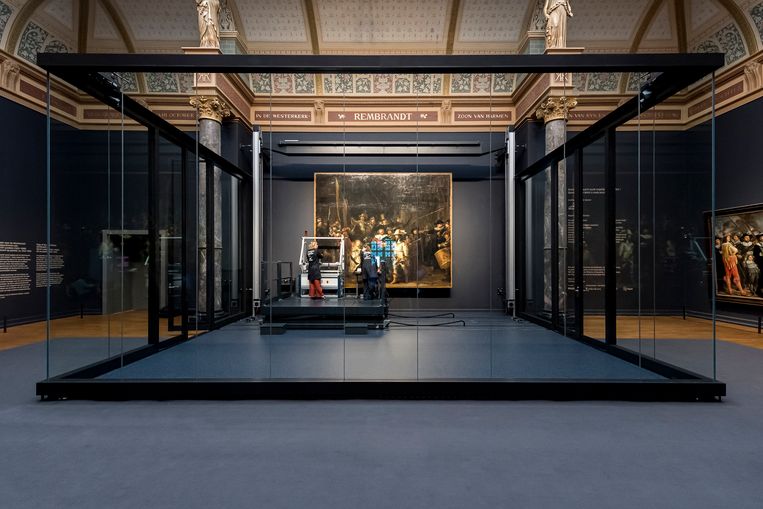 To gain a better understanding of the painting’s condition as a whole, the restoration will be preceded by a thorough examination involving imaging techniques, high-resolution photography and an advanced computer analysis.

“Using these and other methods, we will be able to form a very detailed picture of the painting – not only of the painted surface, but of each and every layer, from varnish to canvas”, the Rijksmuseum said. Based on this detailed examination, the museum will then determine the best manner to treat and restore The Night Watch. 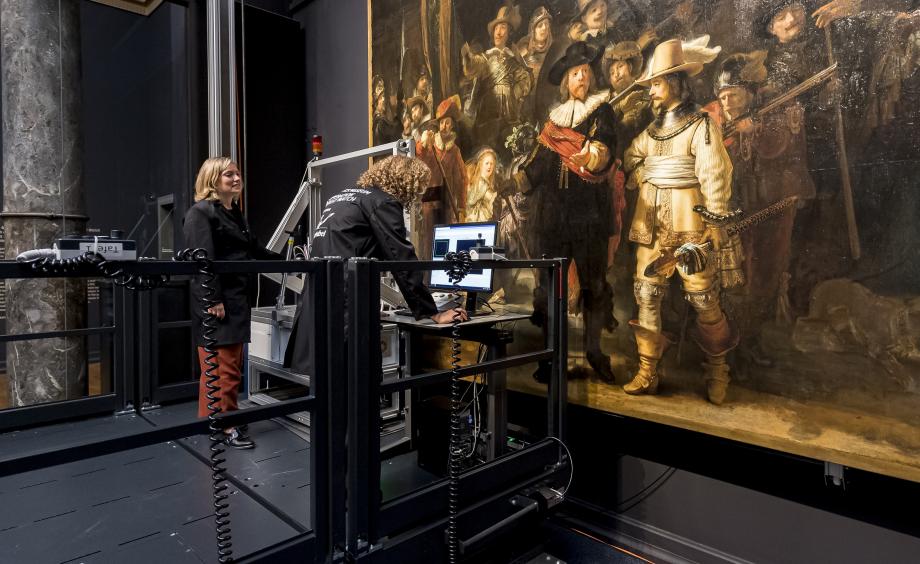 The project kicks off with a massive investigation. The painting will be carefully mapped, layer by layer, by a team of 25 researchers. Using techniques ranging from digital imaging techniques to scientific and material-technical research, they will take 12,500 photos of the Night Watch and create an extremely detailed assessment of the painting’s condition. This research will form the basis for a treatment plan for the restoration. 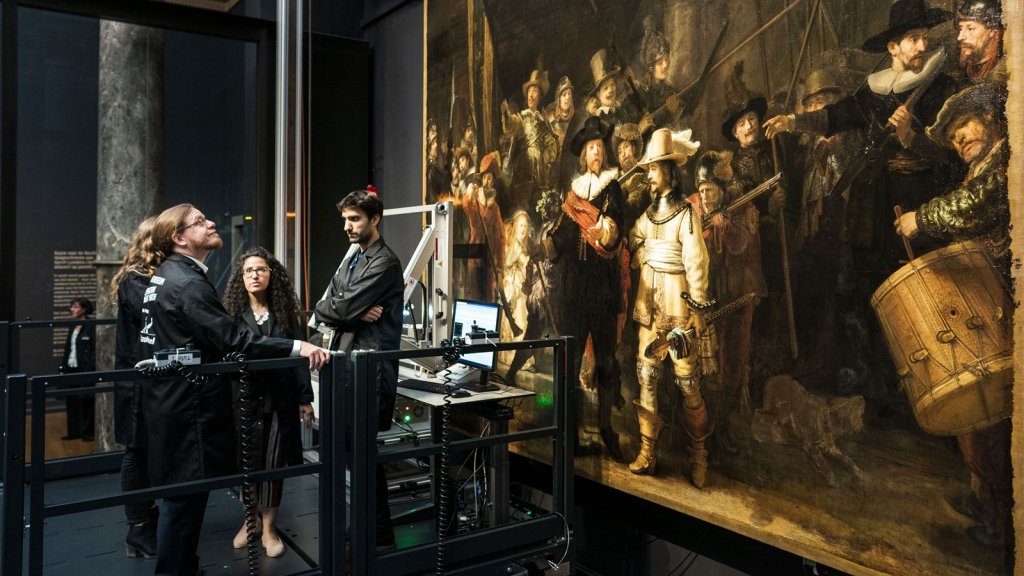 All kinds of processes are taking place on the painting, and that needs to be properly investigated, Petria Noble, head of the Rijksmuseum’s restoration department, previously said to NRC. “We keep an eye on that during routine checks, but there comes a time when you have to look into it better.” For example, the paint on the dog has faded. And a chemical process is creating tiny white balls on the painting. 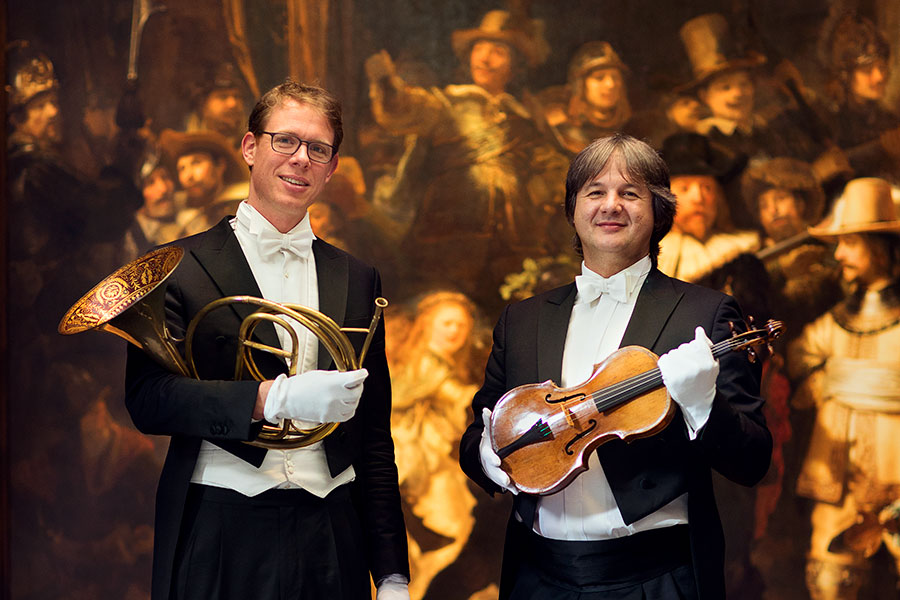 Two soloists of the Amsterdam Royal Concertgebouw Orchestra (RCO), Laurens Woudenberg and Liviu Prunaru, with historical instruments from the museum’s collection in front of the Night Watch.

Laurens Woudenberg with a natural horn built by Jean-Louis Antoine Halary (Paris, ca. 1850). This horn was part of the Willem Mengelberg (1871-1951) instrument collection. In 2017, Jaap Prinsen, former orchestra hornist, donated the instrument to the Rijksmuseum. Liviu Prunaru (concertmaster) with a violin from around 1610, built by Giovanni Paolo Maggini (c. 1580 – c. 1630). The Rijksmuseum has this violin on long-term loan from the Haags Gemeentemuseum.