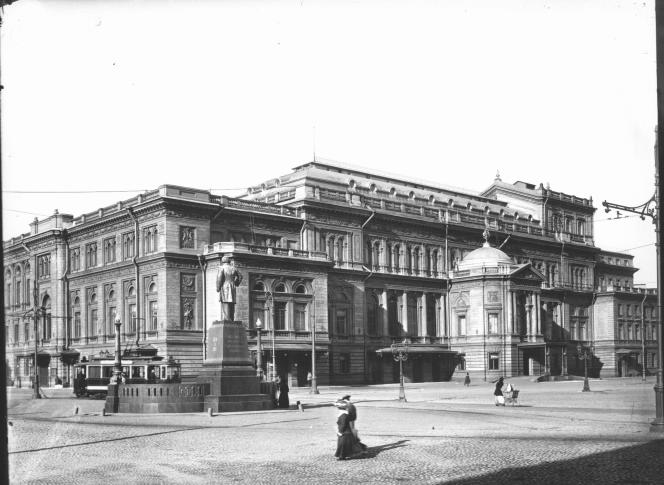 The first music professional institution (Music Conservatory) appeared in 1862 in St Petersburg thanks to the Russian pianist and composer Anton Rubinstein (1829-1894). The school alumni have included such notable composers as Pjotr Iljitsj Tchaikovsky (1840-1893), Sergej Prokofjev (1891-1953), Artur Kapp, and Rudolf Tobias and Dmitri Shostakovich (1906-1975), who taught at the conservatory during the 1960s, bringing it additional fame.

Famous Russian composer Nikolai Rimsky-Korsakov (1844-1908) who taught at the Conservatory for more than 30 years, created strong composers’ school. Among his students were Igor Stravinsky (1882-1971), Alexander Glazounov, Anatoly Lyadov (1855-1914) and others. The only composer’s museum in St Petersburg is now museum in the former apartment of Nikolai Rimsky-Korsakov (1844-1908). The completeness and authenticity of these rooms make the museum particularly invaluable.

The conservatory was founded in 1862 by the Russian pianist and composer Anton Rubinstein. On his resignation in 1867, he was succeeded by Nikolai Zaremba. Rimsky-Korsakov was appointed in 1871 and the conservatory has borne his name since 1944. In 1887, Rubinstein returned to the Conservatory with the goal of improving overall standards.

He revised the curriculum, expelled inferior students, fired and demoted many professors, and made entrance and examination requirements more stringent. In 1891, he resigned again over the Imperial demand of racial quotas. 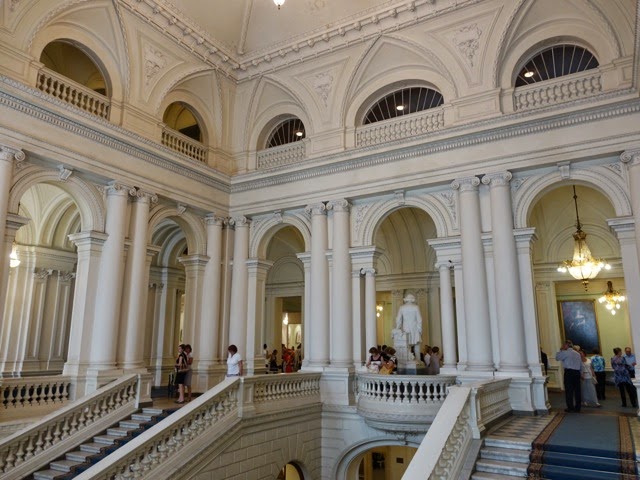 Composer Nikolai Rimsky-Korsakov (1844-1908) taught at the Conservatory for almost forty years, and his bronze monument is located outside the building in Theatre Square. The youngest musician ever admitted to the Conservatory was four-year-old violinist Clara Rockmore, who later became one of the world’s foremost theremin players.

The Nikolai Rimsky-Korsakov (1844-1908) Conservatory (3 Teatralnaya Square) is the oldest Russian higher school of music. The Conservatory was founded in 1861-1862 by the Russian Musical Society on the initiative of A.G. Rubinstein (President of the Conservatory in 1862-67 and 1887-91) as the School of Music incorporating the earlier existing Classes of Music, founded in 1860.

Rubenstein began work on establishing a music educational institution that along with the Academy of Arts would provide people of various society strata an opportunity to learn to become a freelance artist. Following the example of European conservatories, the Russian Conservatory was comprised of a secondary school and a higher educational establishment.

It took a student ten years to graduate with a degree in music according to the regulations of 1887, with a six year programme in the preliminary school and four years in the higher school. The first charter of the Music School (renamed Conservatory in 1866) was approved in October 1861.

The programme objective of the school was “to provide training in music in every field,” including voice, piano performance and performance on all the music instruments of the orchestra, composition, orchestration, and theory and history of music. Apart from the chosen major, the student also studied “choir singing, piano, and history and aesthetics of music”. 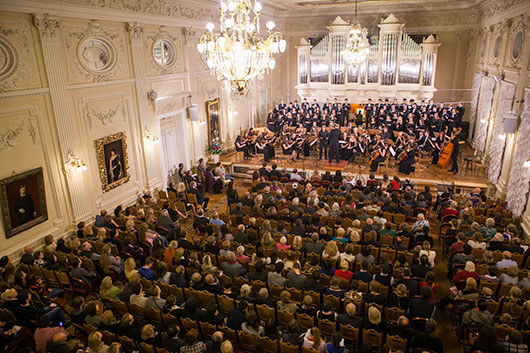 The opening of the Conservatory and the first several years of instruction were financed by private donations, revenue from charity concerts and subsidies of His Imperial Majesty’s Own Chancellery, later on the expenses were covered by tuition fees and the annual government grant in the amount of 15,000 roubles.

The first student who graduated from the Conservatory with honours was P.I. Tchaikovsky (1865). In 1867, students under the guidance of Rubinstein presented the first opera performance – Orpheus by C.W. Gluck. In the 1870s, two schools of worldwide importance became firmly established in the Conservatory: Rimsky-Korsakov school of composition (1871-1908; the school was named after him in 1944) and Auer school of violin performance (1868-1917).

In the 1880s, the number of classes was increased, and the curriculum was divided into the performance emphasis, including ensemble, choir, theory of music, harmony, polyphony, theoretical and practical composition, solfeggio, score studies, conducting, history of music, theatre, musical aesthetics, opera stage production (in 1888-1915, director and singer J.I. Palecek headed this course) and the science emphasis that corresponded partially to the gymnasium curriculum. 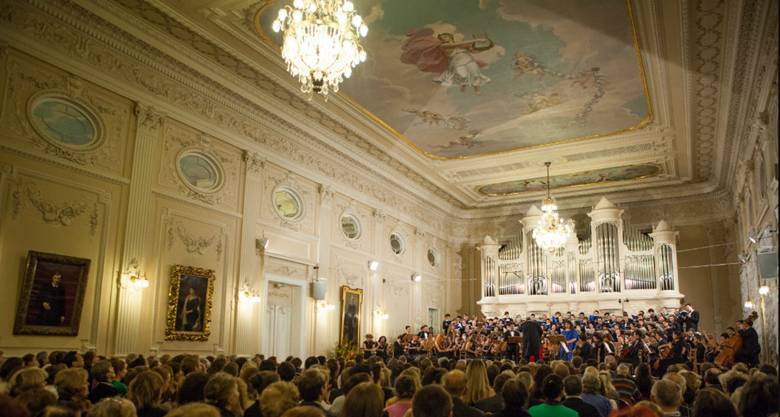 The Conservatory manages its own Opera and Ballet Theatre (since 1923), has a unique music library and book depositories, the archival depository holding manuscripts of great musicians and a museum. After Glazunov’s departure, Presidents P.A. Serebryakov (1961-77) and V.A. Chernushenko (1979-2002) made an outstanding contribution to the development of the Conservatory.

S.P. Roldugin was appointed President of the Conservatory in 2003. During the Soviet epoch, the Conservatory not only preserved the traditions established in the time of Rubinstein, Rimsky-Korsakov and Glazunov, but grew significantly and discovered new areas in the field of music education. The music culture of present-day St Petersburg can serve as conclusive evidence to this fact. The schools of St Petersburg Conservatory including the school of composition, the school of conduction, the school of voice, and schools of violin and piano performance are among the leading schools in their respective areas in the world.

The graduates and pedagogues of the Conservatory included D.D. Shostakovich, G.V. Sviridov, M.V. Yudina, V.V. Sofronitsky, I.A. Braudo, I.V. Ershov, S.P. Preobrazhenskaya, B.L. Gutnikov, M.I. Weiman, E.A. Mravinsky, and I.A. Musin. In 1862-1866, the music school was housed in the wing of the Demidovs House, at the corner of Demidova Lane (today Grivtsova Lane) and Moika River Embankment (on the site of the present-day building No. 1/64), in 1866-1869 – at 24 Zagorodny Avenue (now the site is occupied by the former apartment house of Merchant A.V. Dekhterinsky, ? 26).

In 1869-1896, the Conservatory occupied a part of the building of the Ministry of Internal Affairs at 3 Teatralnaya Street (today Zodchego Rossi Street). In 1891-1896, a building made according the design of architect V.V. Nicolas was constructed for the Conservatory on Teatralanaya Square, where it replaced the Kamenny (Stone) Theatre. The new building has a Grand Hall housing its Opera Theatre and Glazunov Maly Hall with the organ.