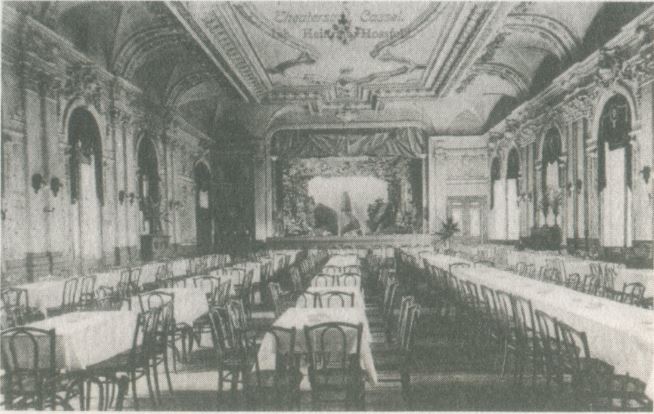 Anton Hanusch (Vienna 1787-1839 Kassel) was a tailor to the Royal-Westphalian artillery regiment until 1813, in 1832 he became a court dressmaker. He married Catharine Margarethe Hofmann (1887-1851) in 1813. Hanusch owned a house on the third floor, where he rented the “Hanuschian Hall” of the academy, which had to move out of the town hall in 1837, for teaching purposes and the Kunstverein for exhibitions and meetings. Both institutions were able to use the hall until 1854 and from 1864 on for a few years.

The hall was used for operettas, which were not at the higher level of the Royal Theater.