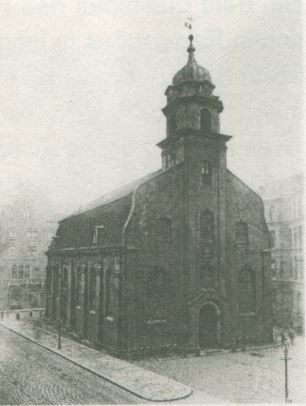 The “Little Michel” is since 1811 the catholic church in the Hamburg city center. This originally Protestant church has always been a place where people from many cultures meet and bring their lives to God in prayer and worship. The parish of St. Ansgar and St. Bernhard, the mission Francophone and the Philippine community have their home in the little Michel.

In the immediate vicinity of the Lutheran Great Michel and other Christian churches.

The Little Michel (actually: Catholic parish church of St. Ansgar and St. Bernard) in Hamburg is a sacred building of the Classical Modernism in the New Town, whose building history is closely linked to today’s Protestant church of St. Michael – called “Michel”. The first church building at this point was consecrated during the Hamburg French period to a Roman Catholic church. After the total destruction caused by the air raids on Hamburg in the Second World War, the parish church was rebuilt with French help in the form of a passage and handling church and re-consecrated in 1955. It is a memorial site of German-French friendship.

Around the year 1600, the main village of St. Nikolai had a plague cemetery outside the then city walls, which received a smaller branch church. This chapel with tower, weather vane and bell was dedicated to the Archangel Michael. In 1605, the first regular church service was held. In 1647, the main parish of St. Nikolai sold this building to the parish council of the new main town of St Michaelis, which was built by expanding the city. A little later, because of the increasing population 200 m west on the street Krayenkamp, ​​the construction of the much larger new main church of St. Michaelis took place. the permission of the Hamburg citizenship is documented with a resolution from the year 1647. The new building was inaugurated in 1661. The old church, now called “Little Michel” fell into disrepair and was demolished in 1747.

After the fire of “Michels” by lightning on 10 March 1750, the “Little Michel” was rebuilt as a baroque church by a private donation by Senator Joachim Caspar Vogt (1707-1781), opened in 1757, consecrated and used as an emergency church, until the year In 1762, the new St. Michael’s Church was inaugurated.

In 1807, Spanish troops held Emperor Napoleon I (1769-1821) in the confiscated “Little Michel” the first Catholic service. Among the Napoleonic troops were Italian, Spanish and French soldiers of Catholic faith. The prefect of the French troops declared in 1811 the “Little Michel” to the Roman Catholic Church, which was consecrated on 3 February in the name of St. Ansgar. In 1814, the French troops withdrew from Hamburg.

Nonetheless, Catholic worship continued to be celebrated here. In 1824, Senate and citizens bought the “little Michel” from the parish council of the Protestant “Great St. Michael’s Church” for 30,000 marks, because they claimed a part of the churchyard for themselves. The city later left the building of the Catholic community with its now 6,000 members for 5,000 marks, a fraction of the former purchase price. In 1830, the church was so thoroughly renovated that almost a new building was built. 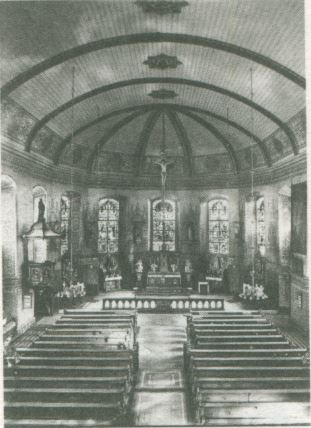 On 11-03-1945, the baroque church was completely destroyed by Allied explosive bombs. The solidarity of French Christians and their energetic help made it possible to realize a new church construction in the years 1953-1955.

According to plans by the Parisian architect Jean-Charles Moreux (1889-1956), who referred in his design to the concept of the Burgundian Passage Church, the building was under the direction of the Hamburg architect Gerhard Kamps on the foundations of the first church building at the same Place built. The modern church in neoclassical garb received the auxiliary patron saint of St. Bernard of Clairvaux. On 10-07-1955 she was consecrated to the saints Ansgar and Bernhard. Every week a French mass is given by the Mission Catholique Francaise et Francophone de Hambourg. The Filipino community is also cared for in the “Little Michel”.

In 1973, the Catholic Academy Hamburg was inaugurated on the church grounds. In 1977, the bronze statue of Emperor Charlemagne (747 / 8-814) as the founder of the city of Hamburg was erected in front of St. Ansgar and St. Bernard. It originates from the Kaiser-Karls-Brunnen, which the sculptor Engelbert Peiffer (1830-1896) created in 1889 for the former cathedral square on Alter Fischmarkt.