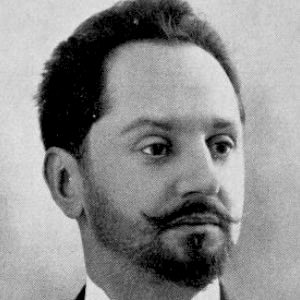 Eduard Rosenblum was born on 29 March 1859 in Jassy/Romania. He studied at the Vienna Conservatory and later performed with his brother in a string quartet under the name of Rosé. He became a Protestant in 1891. He was a solo cellist at the Royal Opera of Budapest and also played with the Boston Symphony Orchestra. In 1898 he married Emma Marie Eleanor Rose-Mahler (1875-1933), a sister of the composer Gustav Mahler.

For the sake of his wife Emma, Eduard Rosé came to Weimar in September 1900 and became First Cellist in the State Orchestra of Weimar under the aegis of the German National Theatre. He worked here until his retirement in 1926. His wife died in 1933. He also gave cello and piano lessons at the Public Music School. When a professorship was denied him for anti-Semitic reasons, he resigned from his teaching post. 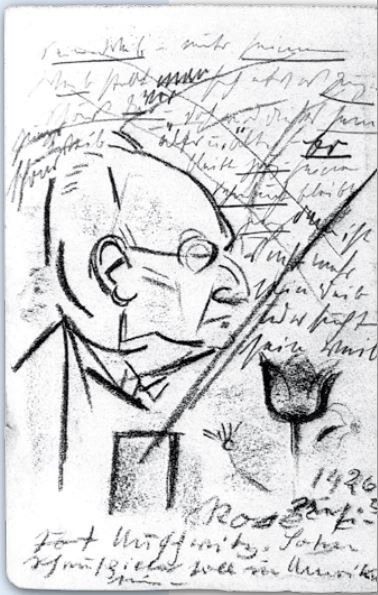 In 1926 the painter Alfred Ahner sketched the cellist Eduard Rosé in the Residenz cafe, affectionately nicknamed “Resi” by the inhabitants of Weimar, Germany. Until 1933 Rosé used to be an esteemed guest here. The Café is situated beside the castle and is 160 years old. 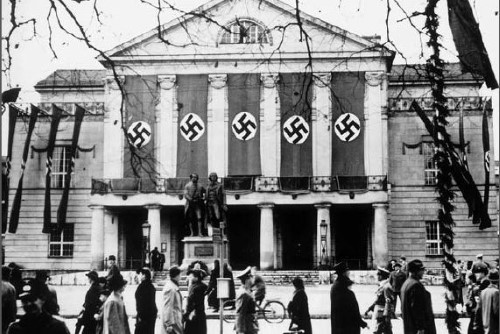 The German National Theatre at the Theatre Place, Weimar, around 1938 (map stop 1).

After the death of his wife Emma Marie Eleanor Rose-Mahler (1875-1933), Rosé began to live a reclusive life. He had been forced to leave his last apartment, as the house was due to be pulled down to make way for the construction of the Gau Forum.

He often listened to music on the radio until in 1939 receivers were confiscated from Jews. Although he belonged to the Protestant Church, Rosé was persecuted as a Jew. His sons succeeded in emigrating early enough to the USA. Despite his age, Rosé was permanently exposed to further repressions by the National Socialists. No one stood up for him in public. 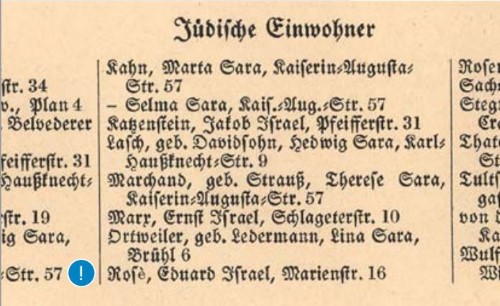 In 1939/40 all Jewish families were listed separately in the registration book of the city of Weimar. Women were forced to adopt the name Sara, men to bear Israel as a second name.

In 1941 Eduard Rosé was repeatedly summoned to the Secret State Police in Weimar where he was interrogated due to his letter to the superintendent. They punished him for not signing the letter ‘Eduard Israel Rosé’. From 1938 on all Jewish men were forced to use the forename Israel in order to facilitate easy recognition. Eye-witnesses have reported that 82-year-old Rosé was ill-treated. From 02-10-1941 to 10-10-1941 and from 04-11-1941 to 06-11-1941 he was imprisoned here.

The so-called Marstall, the outbuildings and stables of the castle, was built between 1873 and 1878; its main façade with the gateway faces the Grand Duke’s castle. From 1936 onwards the Secret State Police (the Gestapo) occupied the building; several prison cells and a provisional barrack in the inner courtyard were constructed. Nowadays the Marstall is used by the main Thuringian State Archive of Weimar.

As a political police force, the Secret State Police (the Gestapo) was a key instrument of suppression and terror employed by the National Socialists. Spying, detention and torture were part of the agency’s daily routine. Its function was to persecute and destroy opponents of the NS-system and to arrange and oversee the deportation of all Jewish inhabitants to death camps. The riding-hall in the Marstall served as a gathering place before transportation to the freight yard.

Eduard Rosé was committed to the building used as a ghetto house. It belonged to the elderly chamber music singer Jenny Fleischer-Alt. 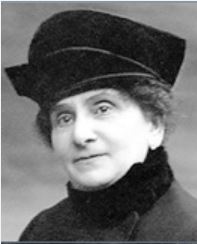 These so-called “Jews’ houses” were supposed tooptimise the observation of Jewish inhabitants and later on to simplify deportation procedures. 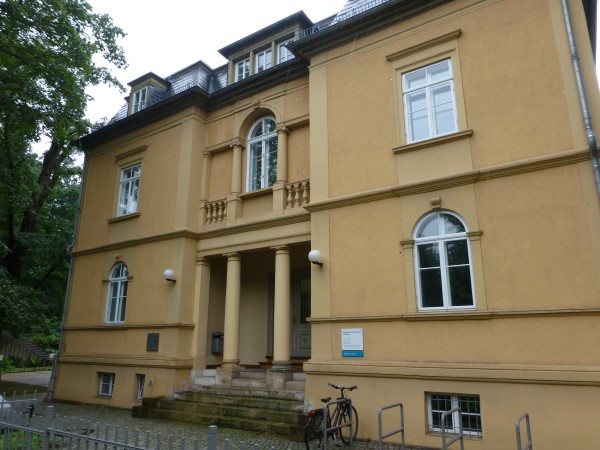 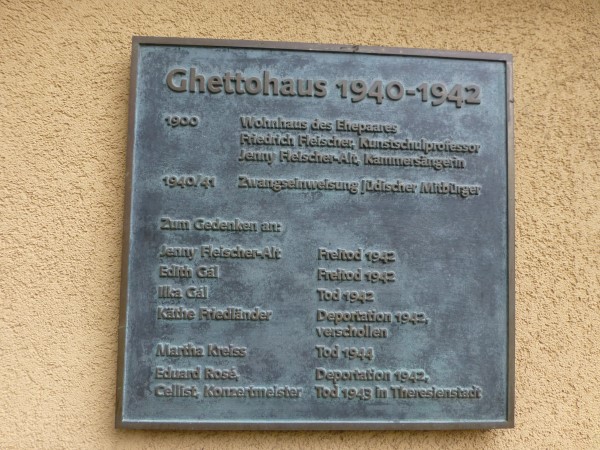 Rosé lived here until April 1942, when Jenny Fleischer-Alt, dreading her impending deportation, committed suicide. On the 20th September 1942 Rosé was deported to the Theresienstadt concentration camp, where he died a few months later on the 24-01-1943. 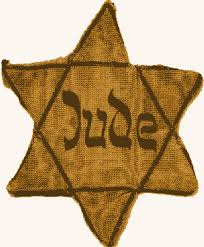 Because of the Wettinian dukes’ politics, Jewish communities were very scarce in Thuringia and especially in Weimar. In early 1933 there were only 91 people of Jewish faith among the 50.000 inhabitants of Weimar. The city did not have its own synagogue. When in November 1938 Jewish shops all over Germany were destroyed and synagogues torched, there was only one tiny doll shop left in Weimar which belonged to Hedwig Hetemann. Later on she also died in the Theresienstadt concentration camp. From September 1941 onwards, all Jewish Germans over the age of 6 were forced to wear the so-called Yellow Star. It served as a visible punishment and humiliation of Jewish inhabitants and laid the basis for their swift deportation.

Only two weeks after the law became valid he wrote a letter to the superintendent, pleading not to be forced to wear the star, because he regarded himself as a Christian. From the moment the letter was forwarded to the Gestapo, they began to persecute the musician, who was by now more than 80 years old. 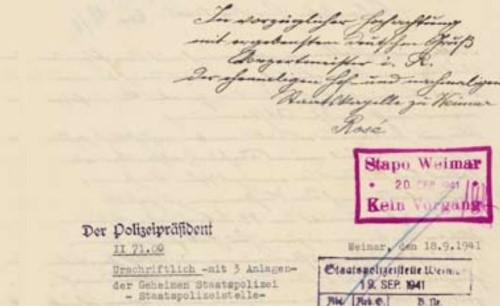 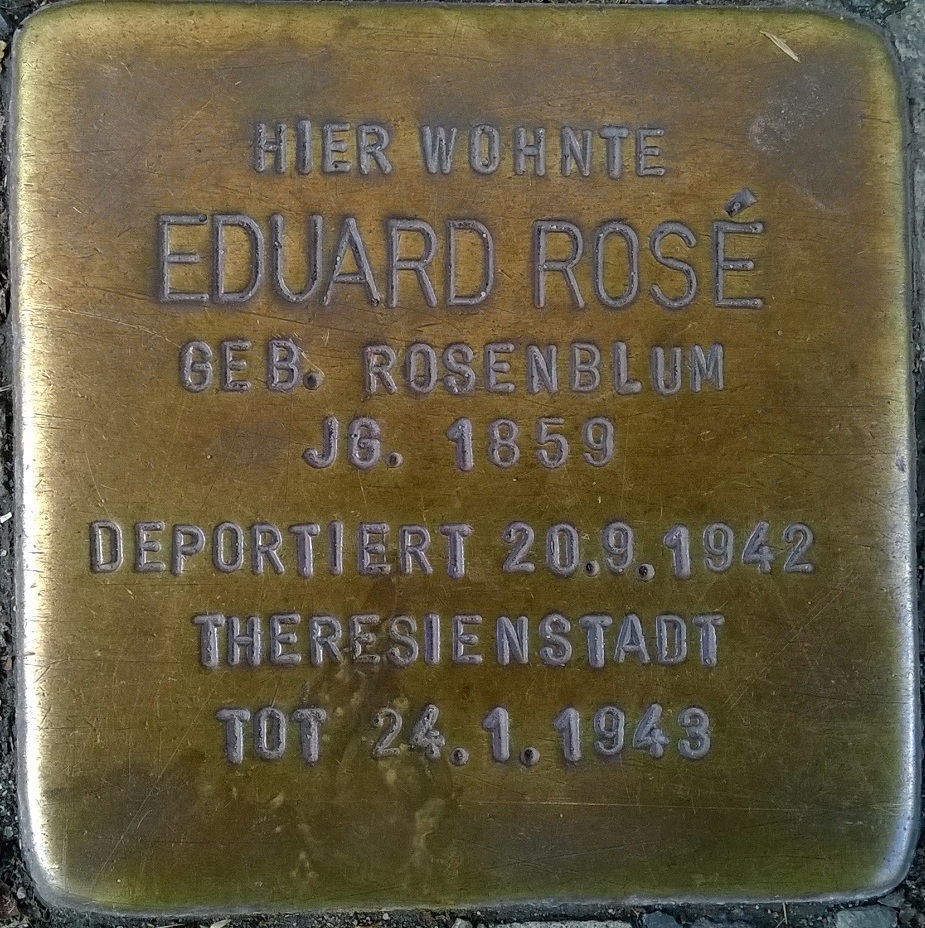 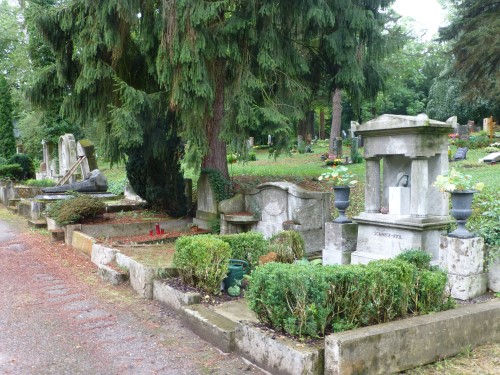 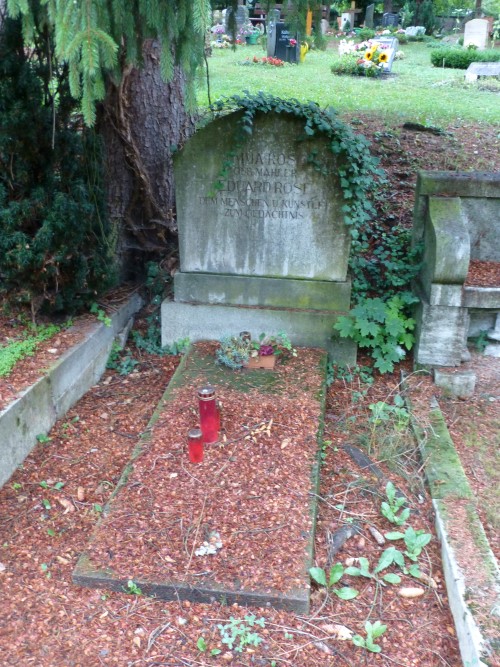 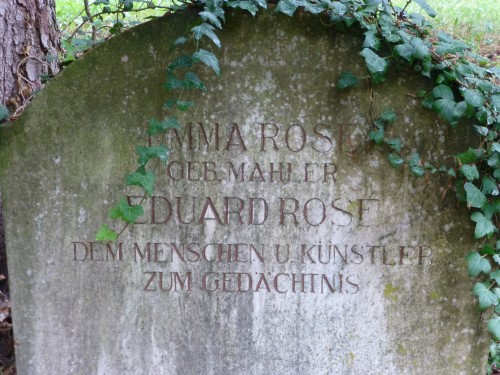 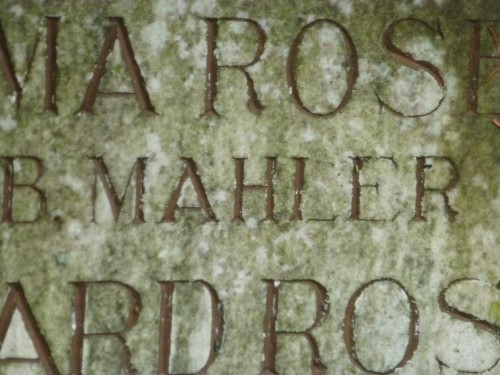 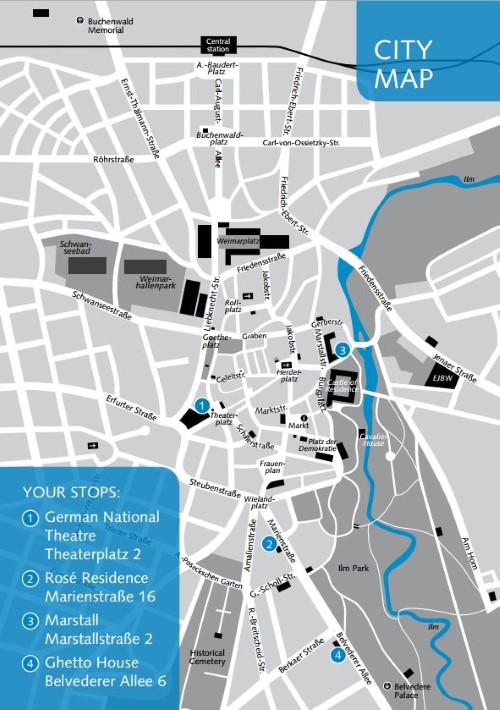