Agnes Ida Gebauer, known familiarly as ‘Schulli’, was a nurse first hired by Alma Mahler (1879-1964) in 1920 to care for her daughter Manon Gropius (1916-1935). Gebauer remained in Alma’s service for many years and later returned to care for her during the last years of her life in New York, until Alma’s death in 1964. 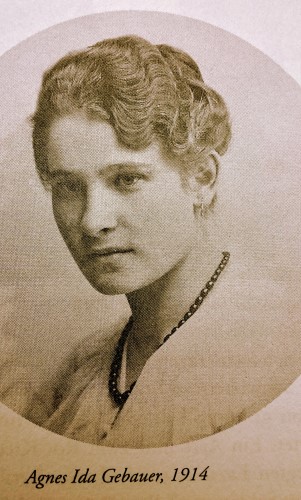 Gebauer’s letters are sometimes signed “Schulli” or “Ida” and in later communications several times ‘Ida Wagner’. The death announcement sent by her family gives her name as Agnes Ida Wagner. Isolde Klarmann was the wife (and later the widow) of Adolf Klarmann. Erich Rietenauer was a friend of Alma Mahler’s family and of Ida Gebauer. Ruth Stadelmann was the editor of a collection of selected works by Franz Werfel and probably an acquaintance of Adolf Klarmann’s. 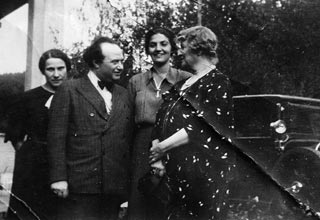 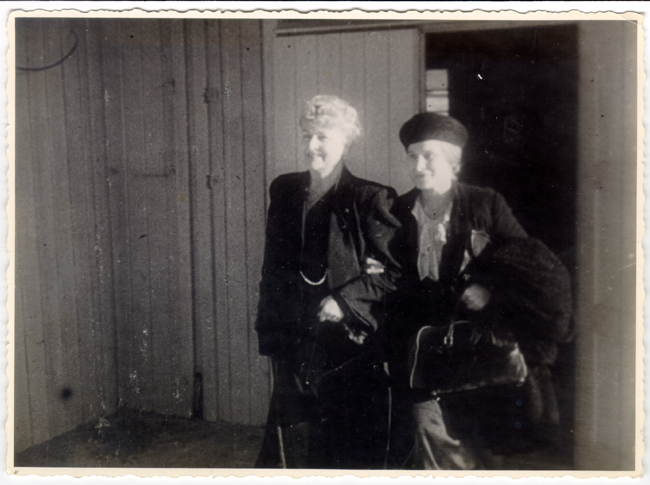 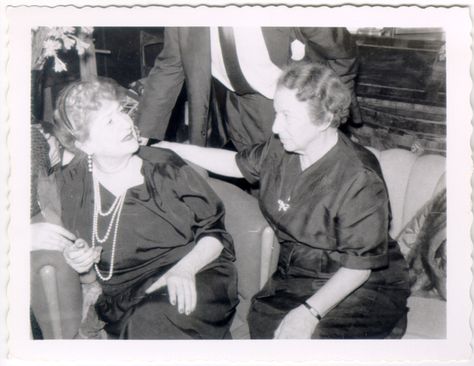 The single letter from Ida Gebauer addressed to Alma Mahler (dated 1933) expresses love and admiration on the occasion of a visit. A letter to Adolf Klarmann and his wife in Feb. 1965 describes Ida’s experience of the burial ceremonial of Alma Mahler in Vienna and includes a copy of the death announcement sent by Anna Mahler.

In addition to his extensive scholarly contributions to the dissemination of Franz Werfel’s work, Adolf Klarmann, together with his wife, Isolde Klarmann, carried on a personal friendship with Alma Mahler and Franz Werfel. Correspondence until the time of Werfel’s death, in 1945, reflects Klarmann’s visits with Alma and Franz in Austria and New York and sometimes details about Werfel’s current work. In 1 letter to Gottfried Bermann Fischer of 1945 Werfel indicates that Klarmann was planning a book about Werfel and expresses his appreciation and respect for Klarmann’s scholarship.

Shortly after Werfel’s death, a long letter from Alma Mahler speaks about Werfel’s condition in recent days and the circumstances of his death. Besides personal news and expressions of friendship between Alma Mahler and the Klarmanns, subsequent correspondence takes in the following aspects: Klarmann’s scholarship on Werfel (and contact with other scholars) and his edited volumes of Werfel’s works (including copyright matters), as well as decisions about manuscripts by Werfel, including his unfinished novel Cella and his last novel, Stern der Ungeborenen, for which Werfel completed only the first draft; the possibility of adaptations of Werfel’s work (Klarmann corresponds with Paul Koretz and Saul Rogers in 1948 about the suitability of certain works for American film or theater adaptations); and the disposition of Werfel’s archive, as well as Klarmann’s gathering of materials by and related to Werfel. In a letter to Alma of Oct. 1945 (carbon copy), Klarman encloses a draft English translation of Franz Werfel’s essay “Gustav Mahler.” In a letter of Feb. 1949 he responds to Alma about his reading of her diaries in connection with her plans to publish a memoir.

A few special highlights among letters from Alma Mahler: 1 letter of 1954 encloses handwritten notes that Franz Werfel had dictated to Alma in 1938, concerning the second part of his novel Die Geschwister von Neapel; 1 letter in 1961, which encloses a notarized will, concerns Alma’s authorizing of her daughter Anna Mahler to make decisions after Alma’s death about the disposition of all papers and manuscripts in Alma’s possession, some of which were planned to be deposited at the University of Pennsylvania (the document gives Adolf Klarmann the right to make decisions on all publication matters pertaining to Werfel’s works, subject to the approval of Anna Mahler); and 1 letter from Alma to S. Fischer Verlag in 1962 concerns her assertion of her exclusive decision-making role in an ongoing discussion (among the publisher, Klarmann and Alma Mahler) about the possible publication of Werfel’s letters to Alma.

Following are some additional items that are included: a photographic print of a charcoal portrait of Franz Werfel by Lene Schneider-Kainer (1885-1971), from around 1925; copies of 2 published essays by Adolf Klarmann, with personal dedications to Alma Mahler: 1 about Franz Werfel (“Das Weltbild Franz Werfels,” published in the journal Wissenschaft und Weltbild), dated 1954, and 1 undated reprint of an essay entitled “Psychological Motivation in Grillparzer’s ‘Sappho'” (published in the journal Monatshefte); and a total of 16 newspaper clippings about Alma Mahler. 11 of the clippings are obituaries or other articles related to Alma’s death, dated from Dec. 1964 to early 1965; 1 is a letter to the editor from Alma Mahler (with the heading “Warum ich fernbleibe”) published in an Austrian newspaper in 1955; 1 is a review of Alma’s memoir And the Bridge is Love in Newsweek in 1958; 2 are items about Alma from Austrian newspapers in 1961; and 1 is an undated clipping from the New York Times, about a protest letter pertaining to Austria’s refusal to settle reparation claims with Jewish organizations, which was signed by 4 prominent former Austrians who had become American citizens, including Alma Mahler. See also separate container of Klarmann’s short critical works on Franz Werfel.