Anton Seidl was a Hungarian conductor. He was born in Pest, Hungary. He began the study of music at a very early age, and when only seven years old could pick out at the piano melodies which he had heard in the theatre. At 15, he became a student of harmony in counterpoint under Nicolitsch at the Hungarian national musical academy, of which Liszt was director. He attended the normal school at Pest for three years, the gymnasium eight years, and afterward attended the university for two years. At age 16 he had been thinking of becoming a priest, but his love for music prevailed and he entered Leipzig Conservatory in October 1870, remaining there until 1872, when he was summoned to Bayreuth as one of Richard Wagner’s copyists.

At Bayreuth, he assisted in making the first fair copy of Der Ring des Nibelungen. Wagner treated him as one of the “chosen few”, and it was natural that he should take a part in the first Bayreuth Festival in 1876. Wagner then sent him to Vienna to stage Siegfried and Götterdämmerung (the last two Ring dramas) there. His chance as a conductor came in 1879 when, on Wagner’s recommendation, he was appointed to the Leipzig State Opera. In May 1881, he introduced in the Victoria Theatre, Berlin, the complete Ring tetralogy for the first time. In 1882, he went on tour with Angelo Neumann’s Nibelungen Ring company. The critics attributed much of the artistic success that attended the production of the Ring at Her Majesty’s Theatre in London in June of that year to his conducting.

In 1883 Seidl went with Neumann to Bremen, but two years later was appointed conductor of the Metropolitan Opera in New York City, and in the same year he married Auguste Kraus, a distinguished singer. He became conductor of the New York Philharmonic in 1891 where he remained until his death in 1898.

While in New York, he conducted the premiere performance of Antonín Dvo?ák’s Symphony No. 9, “From the New World”, which greatly influenced the direction of American classical music. Dvo?ák had added that subtitle to the title page of his autograph score in Carnegie Hall just before turning it over to Seidl. He also had a significant role in the genesis of Edvard Grieg’s Lyric Suite. It started as Seidl’s orchestrations of four pieces from Book V of Grieg’s Lyric Pieces, which he put together as Norwegian Suite. While Grieg acknowledged the merit of the arrangements, he nevertheless chose to revise them in 1905, and published three of them, along with an arrangement of a fourth piece he made himself directly from the original piano score, into his own Lyric Suite. He died in 1898, aged only 47. 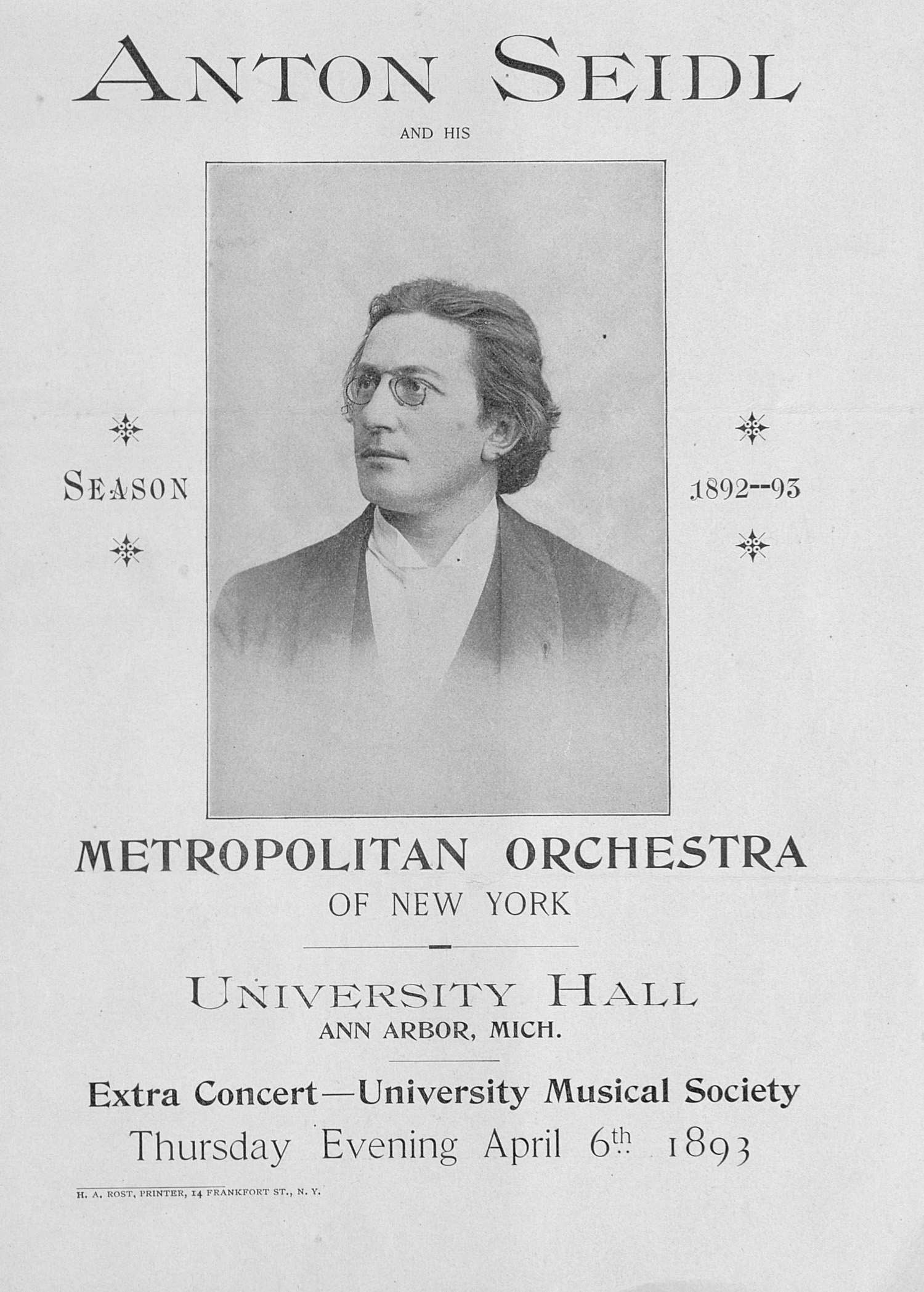 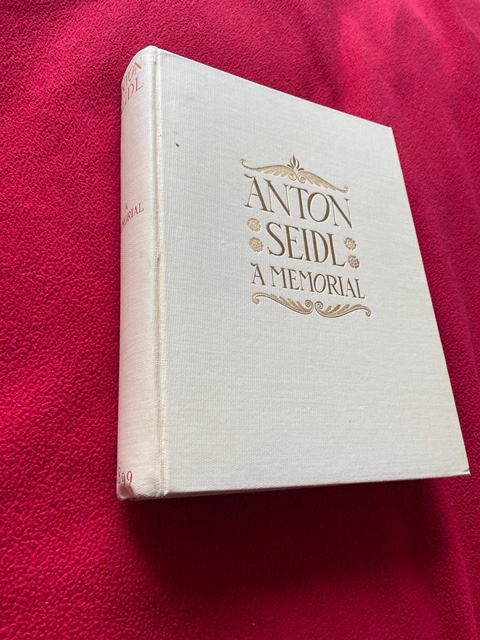 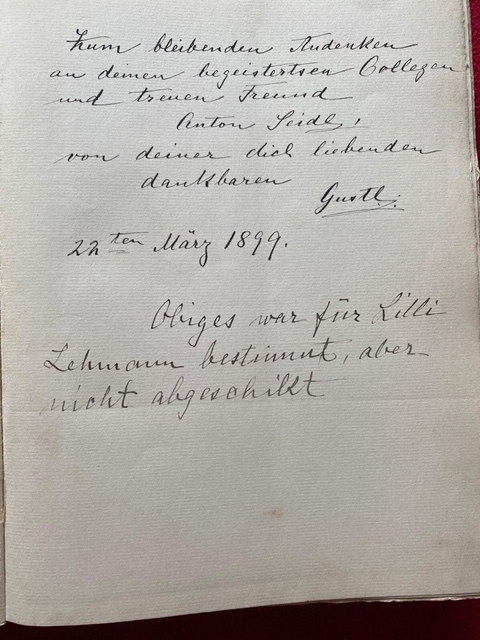