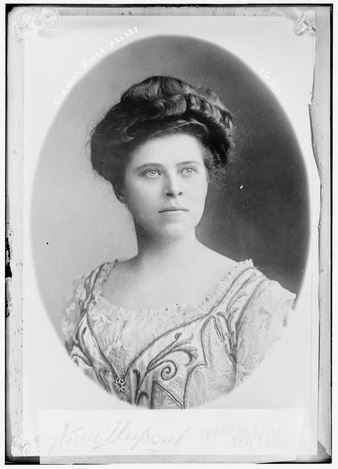 One of America’s top musical artists before WWI, became a soloist at First Presbyterian Church in Brooklyn, NY (1903); maintained heavy concert schedule on East Coast, including appearances in The Messiah with New York Oratorio Society (1904).

Corinne Rider-Kelsey was an important concert and oratorio singer. In Hampton’s Magazine, Volume 23, 1909, she is referred to as “the highest priced choir singer in the world,” earning $4,00 a year from the First Church of Christ Scientist in New York for singing once every Sunday nine months a year. Her total annual income, including outside concerts, was said to have been close to $20,000.

Born in Batavia, New York. After attending Oberlin College, she continued to study voice in Chicago and New York. She made her professional debut in 1904 in St. Louis in Handel’s Messiah. In 1905 she appeared with the New York Oratorio Society in their annual performance of the Messiah. In July 1908 she made her first operatic appearance at Covent Garden as Micaela in Bizet’s Carmen. In February 1910 she joined the Boston Symphony Orchestra on tour in Baltimore, Maryland. In their concert at the Lyric Theater she successfully sang the soprano role in Beethoven’s Symphony No. 9 in D Major before departing to Springfield. Earlier in the season Rider-Kelsey appeared with Mahler in the first so-called historical concert of the New York Philharmonic at Carnegie Hall on November 9, 1909. Similar to the Springfield event, the November concert also included the selection of Handel’s Flavio and Mahler’s arrangement of the Bach suite. As a featured soloist on the program, Rider Kelsey quickly won overwhelming applause.

Corinne Rider-Kelsey made one recording for Victor in 1910, a Christian Science hymn, and between 1915-1926 another 24 sides for Columbia (see Discography of American Historical Recordings). 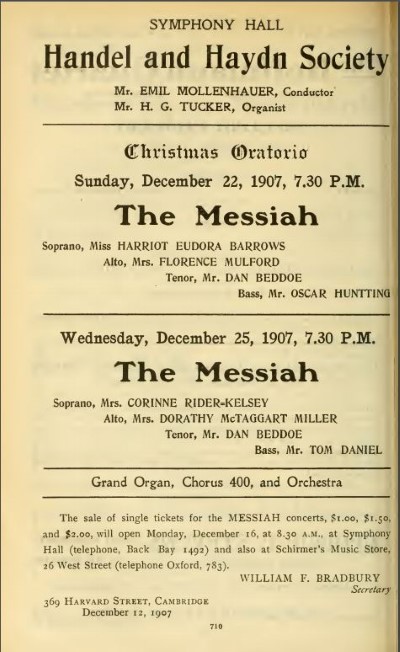