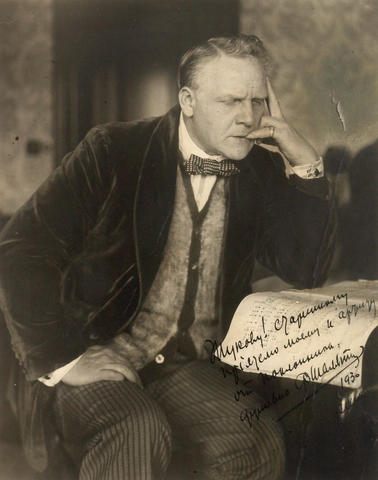 Feodor Ivanovich Chaliapin was a Russian opera singer. The possessor of a large, deep and expressive bass voice, he enjoyed an important international career at major opera houses and is often credited with establishing the tradition of naturalistic acting in his chosen art form. During the first phase of his career, Chaliapin endured direct competition from three other great basses: the powerful Lev Sibiriakov (1869–1942), the more lyrical Vladimir Kastorsky (1871–1948), and Dmitri Buchtoyarov (1866–1918), whose voice lay between the extremes exemplified by Sibiriakov and Kastorsky.

The fact that Chaliapin is far and away the best remembered of this magnificent quartet of rival basses is a testament to the magnetic power of his personality, the acuteness of his musical interpretations, and the vividness of his performances.