Geraldine Farrar was an American soprano opera singer and film actress, noted for her beauty, acting ability, and “the intimate timbre of her voice.” She had a large following among young women, who were nicknamed “Gerry-flappers”.

Farrar was born in Melrose, Massachusetts, the daughter of baseball player Sidney Farrar, and his wife, Henrietta Barnes. At 5 she began studying music in Boston and by 14 was giving recitals. Later she studied voice with the American soprano Emma Thursby in New York, in Paris, and finally with the Italian baritone Francesco Graziani in Berlin.

Farrar created a sensation at the Berlin Hofoper with her debut as Marguerite in Charles Gounod’s Faust in 1901 and remained with the company for three years, during which time she continued her studies with famed German soprano Lilli Lehmann. (She had been recommended to Lehmann by another famous soprano of the previous generation, Lillian Nordica.). 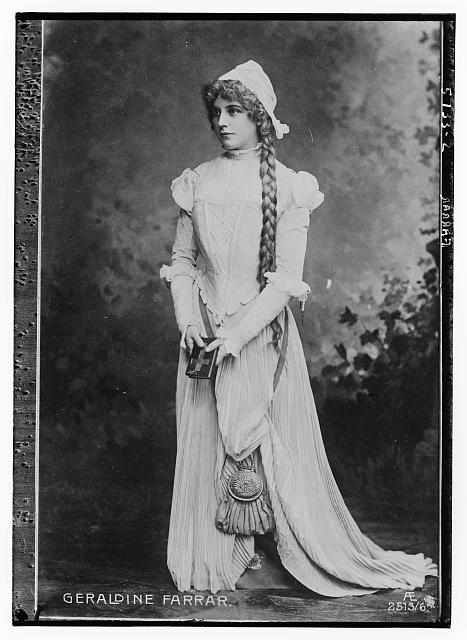 Geraldine Farrar in Gounod’s Faust in 1901.

She appeared in the title roles of Ambroise Thomas’ Mignon and Jules Massenet’s Manon, as well as Juliette in Gounod’s Roméo et Juliette. Her admirers in Berlin included Crown Prince Wilhelm of Germany, with whom she is believed to have had a relationship beginning in 1903.

After three years with the Monte Carlo Opera, she made her debut at the New York Metropolitan Opera in Romeo et Juliette on November 26, 1906. She appeared in the first Met performance of Giacomo Puccini’s Madama Butterfly in 1907 and remained a member of the company until her retirement in 1922, singing 29 roles there in 672 performances. She developed a great popular following, especially among New York’s young female opera-goers, who were known as “Gerry-flappers”. Farrar created the title roles in Pietro Mascagni’s Amica (Monte Carlo, 1905), Puccini’s Suor Angelica (New York, 1918), Umberto Giordano’s Madame Sans-Gêne (New York, 1915), as well as the Goosegirl in Engelbert Humperdinck’s Königskinder (New York, 1910), for which Farrar trained her own flock of geese. According to a New York Tribune review of the first performance, “at the close of the opera Miss Farrar caused ‘much amusement’ by appearing before the curtain with a live goose under her arm.” 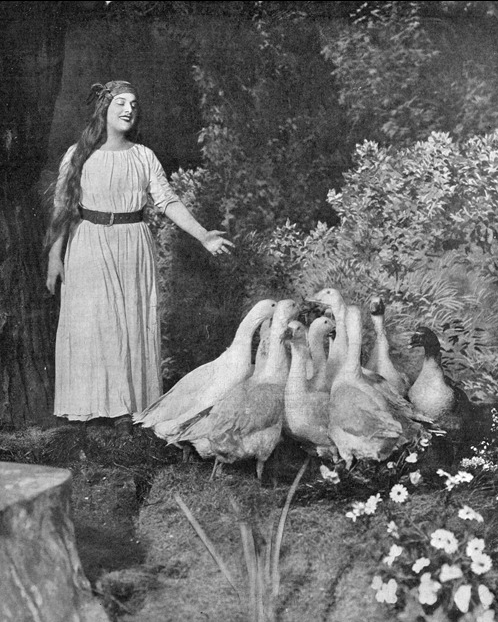 Geraldine Farrar as the Goosegirl, Metropolitan Opera, 1910. Farrar trained her own flock of live geese for the World Premiere, expressing hope that future performers would do the same.

She recorded extensively for the Victor Talking Machine Company and was often featured prominently in that firm’s advertisements. She also appeared in silent movies, which were filmed between opera seasons. Farrar starred in more than a dozen films from 1915 to 1920, including Cecil B. De Mille’s 1915 adaptation of Georges Bizet’s opera Carmen. One of her most notable screen roles was as Joan of Arc in the 1917 film Joan the Woman.

According to her biographer:

Unlike most of the famous bel canto singers of the past who sacrificed dramatic action to tonal perfection, she was more interested in the emotional than in the purely lyrical aspects of her roles. According to Miss Farrar, until prime donne can combine the arts of Sarah Bernhardt and Nellie Melba, dramatic ability is more essential than perfect singing in opera

In 1960 Farrar was awarded two stars on the Hollywood Walk of Fame, in the music and film categories. However, the Los Angeles Times, which has documented and photographed every star as part of its ongoing Hollywood Star Walk project, was unable to locate the star honoring her film career. (Her stars are present and accounted for at 1620 & 1709 Vine Street.) 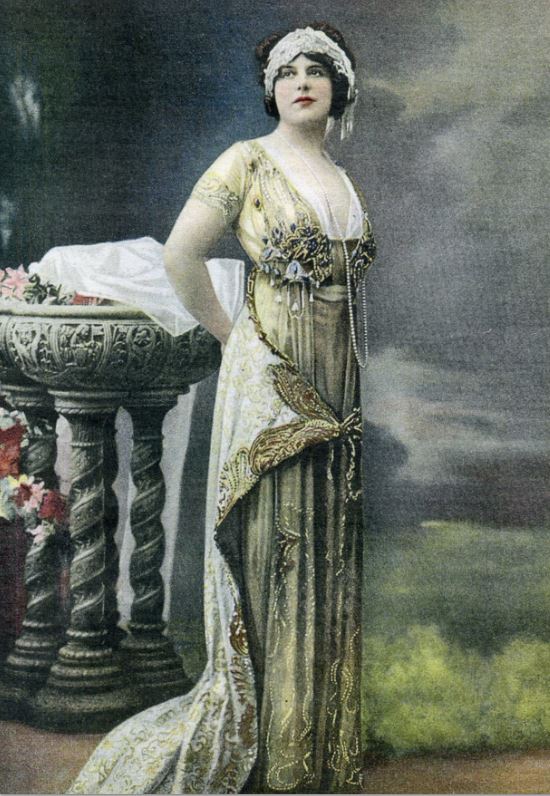 Farrar had a seven-year love affair with the Italian conductor Arturo Toscanini. Her ultimatum, that he leave his wife and children and marry her, resulted in Toscanini’s abrupt resignation as principal conductor of the Metropolitan Opera in 1915. Farrar was close friends with the star tenor Enrico Caruso and there has been speculation that they too had a love affair, but no substantial evidence of this has surfaced. It is said that Caruso coined her motto: Farrar fara (“Farrar will do it”).

Her marriage to cinema Dutch actor Lou Tellegen on February 8, 1916 was the source of considerable scandal. The marriage ended, as a result of her husband’s numerous affairs, in a very public divorce in 1923. The circumstances of the divorce were brought again to public recollection by Tellegen’s bizarre 1934 suicide in Hollywood. Farrar reportedly said “Why should that interest me?” when told of Tellegen’s death.

Farrar retired from opera in 1922 at the age of 40. Her final performance was as Leoncavallo’s Zazà. By this stage, her voice was in premature decline due to overwork. According to the American music critic Henry Pleasants, the author of The Great Singers from the Dawn of Opera to Our Own Time (first published 1967), she gave between 25 and 35 performances each season at the Met alone. They included 95 appearances as Madama Butterfly and 58 as Carmen in 16 seasons. The title role in Puccini’s Tosca, which she had added to her repertoire in 1909, was another one of her favourite Met parts.

Farrar continued to give recitals until 1931 and was briefly the intermission commentator for radio broadcasts from the Metropolitan Opera during the 1934-35 season. Her autobiography, Such Sweet Compulsion, published in 1938, was written in alternating chapters purporting to be her own words and those of her mother, with Mrs. Farrar rather floridly recounting her daughter’s many accomplishments.

Farrar died in Ridgefield, Connecticut of a heart attack in 1967, aged 85, and was buried in Kensico Cemetery in Valhalla, New York. She had no children.