Born and raised in Linz, Bahr studied in Vienna, Graz, Czernowitz and Berlin, devoting special attention to philosophy, political economy, philology and law. During a prolonged stay in Paris, he discovered his interest in literature and art. He began working as an art critic, first in Berlin, then in Vienna: In 1890 he became associate editor of Berliner Freie Bühne (“Berlin Free Stage”), and later became associate editor and critic of the Deutsche Zeitung (“German Newspaper”). In 1894 he began publication of Die Zeit (“The Times”), and was also editor of the Neue Wiener Tagblatt (“New Vienna Daily Flyer”) and the Oesterreichische Volkszeitung (“Austrian Popular Newspaper”).

From 1906-1907, he worked as a director with Max Reinhardt at the German Theater (German: Deutsches Theater) in Berlin, and starting in 1918 he was a Dramaturg with the Vienna Burgtheater.

Spokesman for the literary group Young Vienna, Bahr was an active member of the Austrian avant-garde, producing both criticism and Impressionist plays. Bahr’s association with the coffeehouse literati made him one of the main targets of Karl Kraus’s newspaper Die Fackel (The Torch) after Kraus’s falling out with the group.

Bahr was the first critic to apply the label modernism to literary works, and was an early observer of the Expressionism movement. His theoretical papers were important in the definition of new literary categories. His 40 plays and around 10 novels never reached the quality of his theoretical work. He died, aged 70, in Munich. 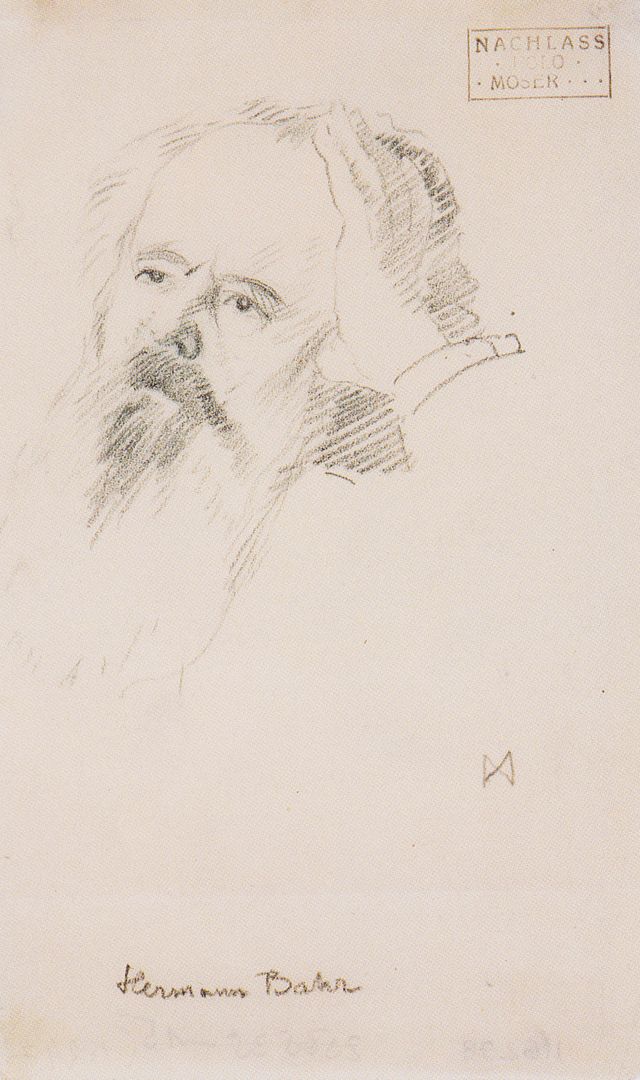