Johann Strauss Jr, also known as Johann Strauss II, the Younger, the Son, Johann Baptist Strauss, was an Austrian composer of light music, particularly dance music and operettas. He composed over 500 waltzes, polkas, quadrilles, and other types of dance music, as well as several operettas and a ballet. In his lifetime, he was known as “The Waltz King”, and was largely then responsible for the popularity of the waltz in Vienna during the 19th century.

Strauss had two younger brothers, Josef and Eduard Strauss, who became composers of light music as well, although they were never as well known as their elder brother. Some of Johann Strauss’ most famous works include “The Blue Danube”, “Kaiser-Walzer”, “Tales from the Vienna Woods”, and the “Tritsch-Tratsch-Polka”. Among his operettas, Die Fledermaus and Der Zigeunerbaron are the best known.

Although Strauss was the most sought-after composer of dance music in the latter half of the 19th century, stiff competition was present in the form of Karl Michael Ziehrer and Émile Waldteufel; the latter held a commanding position in Paris. Phillip Fahrbach also denied the younger Strauss the commanding position of the KK Hofballmusikdirektor when the latter first applied for the post. The German operetta composer Jacques Offenbach, who made his name in Paris, also posed a challenge to Strauss in the operetta field.

Strauss was admired by other prominent composers: Richard Wagner once admitted that he liked the waltz “Wein, Weib und Gesang” Op. 333. Richard Strauss (unrelated to the Strauss family), when writing his Rosenkavalier waltzes, said in reference to Johann Strauss, “How could I forget the laughing genius of Vienna?”

Johannes Brahms was a personal friend of Strauss; the latter dedicated his waltz “Seid umschlungen, Millionen!” (“Be Embraced, You Millions!”), Op. 443, to him. A story is told in biographies of both men that Strauss’s wife Adele approached Brahms with a customary request that he autograph her fan.

It was usual for the composer to inscribe a few measures of his best-known music, and then sign his name. Brahms, however, inscribed a few measures from the “Blue Danube”, and then wrote beneath it: “Unfortunately, NOT by Johannes Brahms.” 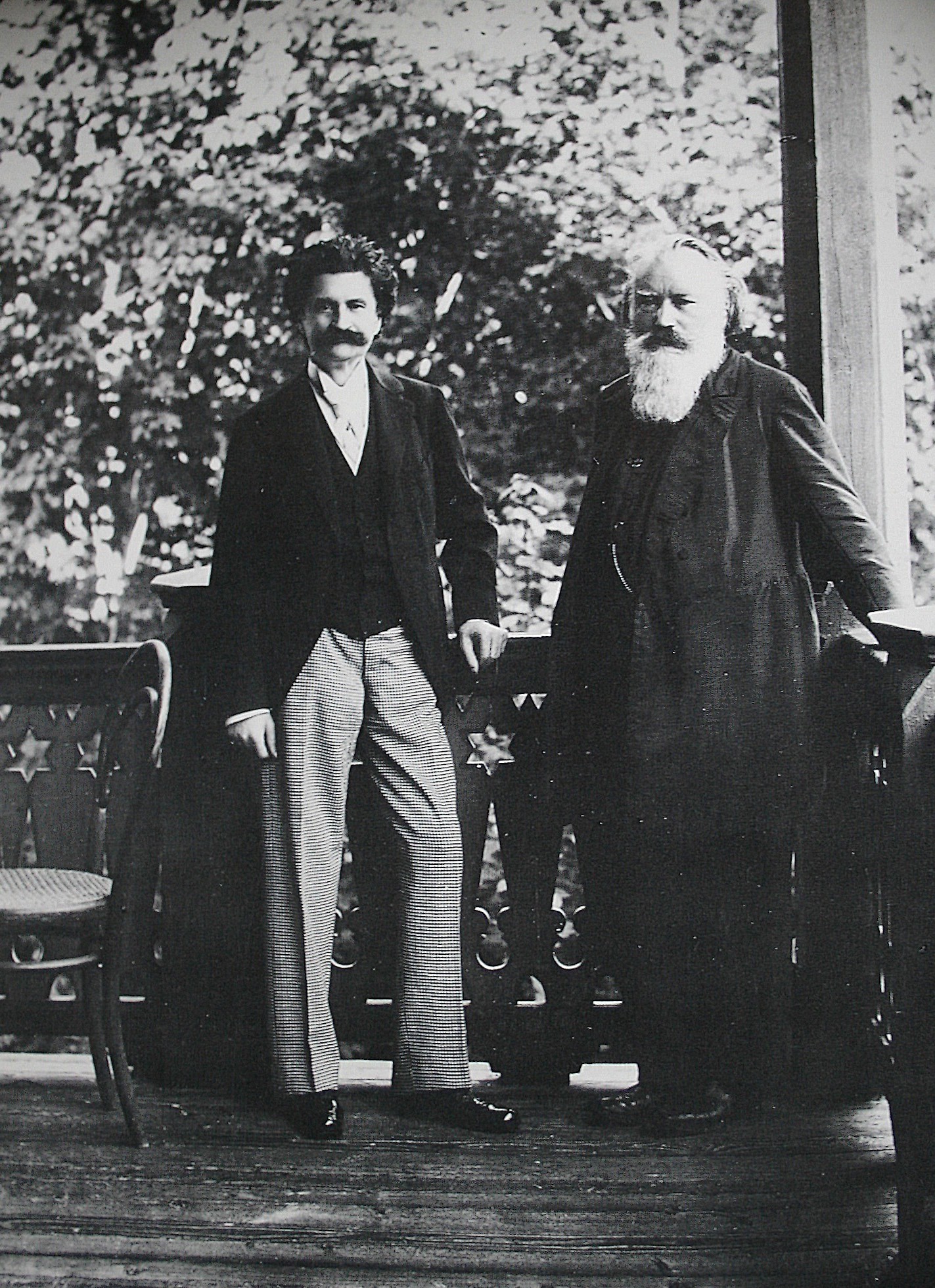