Studied in Vienna from 1850 and soon became an interpreter of the classical works (especially Mozart). 1867-1901 was Epstein Professor at the Vienna Conservatory. His students include Ignaz Brüll, Franz Schalk and Gustav Mahler.

Address: He lived in 1862 in the Figarohaus, Schulerstraße 8 / Domgasse 5, Vienna where Brahms visited him (to whose circle he belonged). 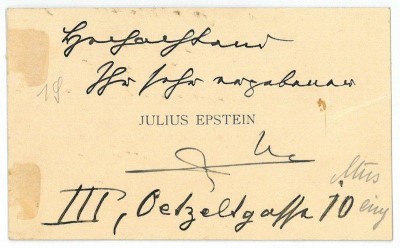 Julius Epstein was a Croatian Jewish pianist. Epstein was born in Zagreb, Croatia. He was married to Amalija (née Mautner) Epstein with whom he had a son Richard, notable Zagreb pianist and music pedagogue. Epstein was a pupil at Agram of the choir-director Vatroslav Lichtenegger, and in Vienna of Johann Rufinatscha (composition) and Anton Halm (pianoforte). He made his début in 1852, and soon became one of the most popular pianists and teachers in Vienna. 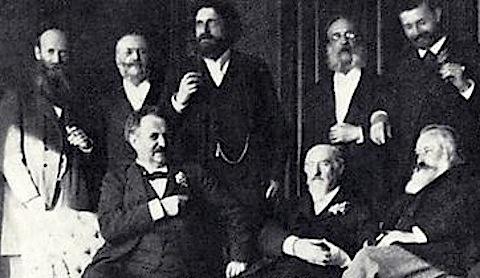 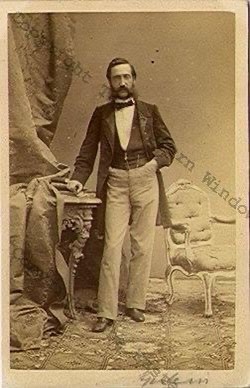 From 1867 to 1901, Epstein was a professor of piano at the Vienna Conservatory, where Ignaz Brüll, Marcella Sembrich (1858-1935), Mathilde Kralik, Gustav Mahler, Benito Bersa and Richard Robert were among his pupils.

His son Richard Epstein (1869-1919) was also a professor of piano at the Vienna Conservatorium. Epstein was a good friend of Ferdo Livadi? and mentor of Gustav Mahler. In 1846 Epstein founded, together with his brothers Jakov (Jacques) and Vatroslav (Ignaz), the benefactor society “Društvo ?ovje?nosti” Zagreb (Humanity society) which aided poor and needy across the Kingdom of Croatia-Slavonia and Kingdom of Dalmatia. 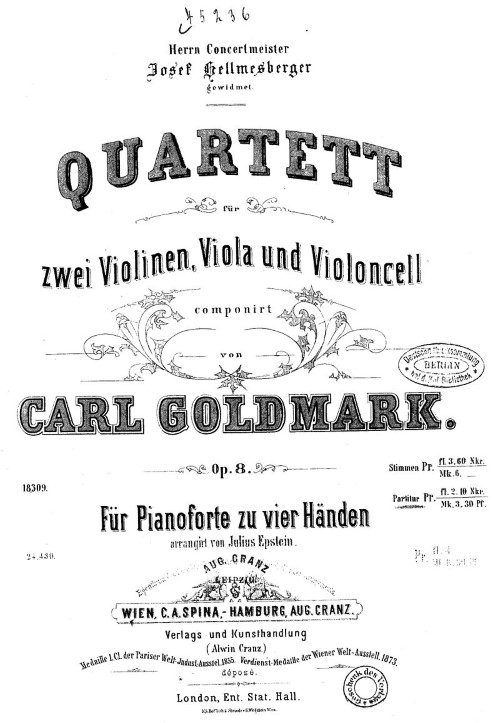 His two daughters Rudolfine (cellist) and Eugénie (violinist) made a concerttour through Germany and Austria during the season of 1876-1877, which was very successful.

His son Richard Epstein (1869-1919)is professor of piano at the Vienna Conservatorium. 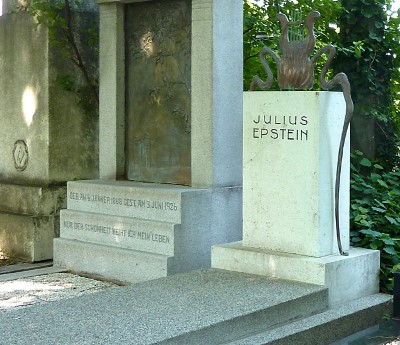 Professor Julius Epstein, well known Austrian Jewish pianist and teacher, for 34 years head of the Vienna Conservatory, died here yesterday at the age of ninety-four. Julius Epstein was a native of Agram, Austria. He studied music with Lichtenegger. piano with Anton Halm and composition with Johann Rifinatscha. Among his pupils were Ignaz Brull, Marcella Sembrich. Mahler, Paolo Gallico and Ernst Kunwald. He was an editor of Breitkopf and Hartel’s edition of Schubert’s works. He also edited Beethoven’s works and the Anthologie Classique. His son. Richard Epstein, is a well known pianist and teacher.