Siegfrid Lipiner, a gifted writer who was employed as librarian of the Imperial Council at the Austrian Parliament Building, was one of Gustav Mahler’s closest friends from his early years in Vienna until his marriage to Alma. Lipiner’s first wife, Nina Spiegler (Lipiner-Hoffmann) (1855-1937) later (10-08-1891) married Albert Spiegler (1856-1940); a few weeks earlier (12-07-1891) Lipiner had married Clementine Spiegler, Albert’s sister.

Siegfried Salomon Lipiner was an Austrian writer and poet whose works made an impression on Richard Wagner and Friedrich Nietzsche, but who published nothing after 1880 and lived out his life as Librarian of Parliament in Vienna.

A poet and dramatist of highly individual character, he is today remembered in German-speaking literary circles mainly for his translations of the Polish poet Adam Mickiewicz; he is also known to music history as having been a close friend of Gustav Mahler. Mahler kept also later in his life contact. 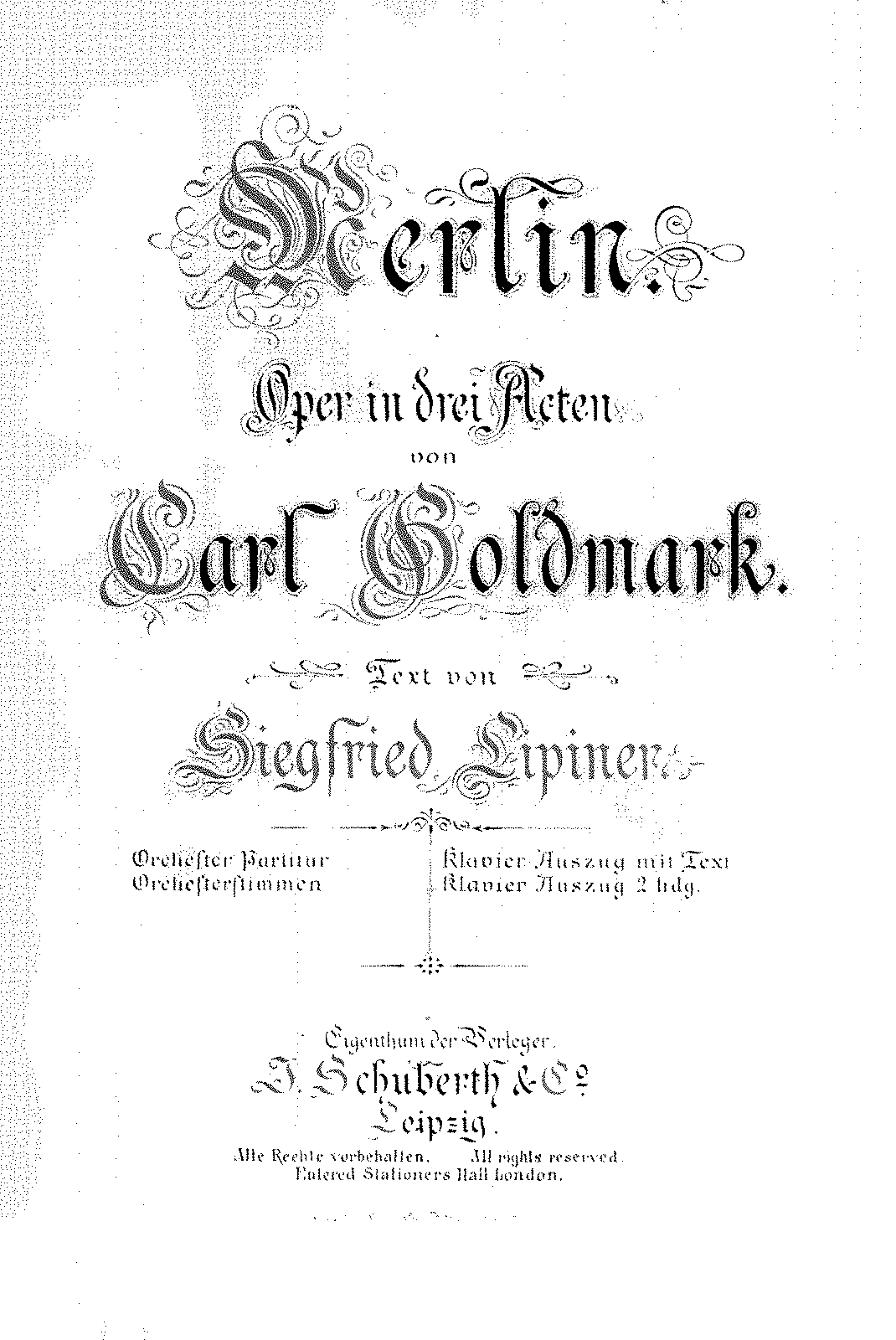 Lipiner was 24 when he met the 20-year-old Mahler, and his views on various subjects (including the ‘redemptive’ qualities of artistic creation) came to influence the young composer to a considerable extent. Lipiner features in the ‘Recollections of Gustav Mahler’ assembled by Natalie Bauer-Lechner, who seems also to have kept a similar record of his actions and conversations, though this is now lost.

Mahler met Lipiner through his friend Albert Spiegler (who was also connected by marriage to the Adler family), and it was Lipiner who introduced Mahler to the Pernerstorfer Circle.  Mahler’s lifelong relationship with Lipiner reflects a deeply shared set of ideas about society and the role of art within it.

The intensity of their shared world-view — one inspired by Wagner and Nietzsche — can be glimpsed in Mahler’s letters to Lipiner regarding Lipiner’s writings. In a letter to Lipiner regarding his play Adam,  Mahler praised the work and said he could understand it like no other could.

It is a truly Dionysian work!… What is it that gives all living creatures into the power of Dionysos? The wine intoxicates and elevates the condition of the drinker! But what is the wine? Dramatic presentation has never yet succeeded in conveying what exists of itself in every note of music. This music wafts from your poetry! It is really unique in the world.–It does not speak of wine and describe its effects–but it is the wine, it is Dionysos!

Mahler and Lipiner became estranged at about the time that Mahler was developing his relationship with his wife-to-be, Alma Schindler. It is not clear why the friends parted ways, but Alma’s avowed dislike of Lipiner may have been a contributing factor. It is also possible that the break is related to an episode where Lipiner accused Mahler of contempt for his fellow man.

They did not completely lose contact. In fact, Lipiner edited the text which Mahler wrote defending his orchestrational edits of Beethoven’s Ninth Symphony.

1907 was the occasion for a number of sequential tragedies that sent Mahler into a period of crisis. These included his essentially-forced retirement from the Vienna Royal Opera, the death of his daughter Maria due to Scarlet fever, and his own diagnosis with heart disease. Mahler went through a period of questioning and transformation from these events, and he reestablished contact with Lipiner during the process. According to Bruno Walter,

He [Mahler] could no longer free himself through art from the metaphysical questioning which occupied him ever more urgently and more disturbingly. A questioning search for God, for the meaning and goal of our existence, and for the reason for the unspeakable suffering in the whole of creation, darkened his soul. He took this crisis of the heart… to his dearest friend, the poet Siegfried Lipiner. Trivial causes had separated the friends for years; he now forcefully sought him out and demanded that this clear and lofty spirit should share with him the certainty of the view of the world in which he found peace. The joy with which Mahler spoke to me of those conversations will always be to me a happy and touching memory.

Lipiner put the essence of these talks into a poem entitled ‘Der Musiker spricht’ [‘The Musician Speaks’], and presented it to Mahler on his fiftieth birthday. But even this source could not finally slake his thirst. ‘What Lipiner says about it is wonderfully deep and true,’ he said to me, ‘but you have to be Lipiner to find certainty and peace in it.’ He resigned himself: he could do so, after all, in the thought that his serious heart disease would soon open to him the gate through which he would pass to clarity and peace. (Quote appears in Kurt Blaukopf, ed., Mahler: A Documentary Study.)

Arguably, the events in Mahler’s life during this period are reflected in the Das Lied von der Erde and the Ninth Symphony — and in Lipiner’s poem.

Mahler and Lipiner died in 1911 within a few months of each other. 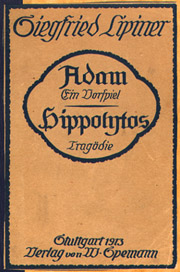 1881 Lipiner married Nina Hoffmann, the daughter of a well-known Viennese businessman; however, their marriage lasted only a short time.

1885 His withdrawal from the Isrealitische Kultusgemeinde Vienna (IKG) in 1885 suggests that the divorce occurred in this year.

Lipiner converted to Protestantism and married again, this time to Clementine Lipiner-Spiegler (1864-1926), the sister of his good friend Albert Spiegler.

Der Musiker spricht, written for the 50th birthday of Gustav Mahler (1910), is probably the last poem Lipiner wrote. It appears here via Hartmut von Hartungen’s manuscript transcription included in his 1932 dissertation Der Dichter Siegfried Lipiner (Ludwig-Maximilans-Universität, München). The poem may provide insight into the discussions Lipiner and Mahler had during the period in which Mahler wrote his late works.