Victor Adler was born in Prague, the son of a Jewish merchant, who came from Leipnik in Moravia. His family moved to the Leopoldstadt borough of Vienna when he was three years old. He attended the renown Catholic Schottenstift gymnasium, together with Heinrich Friedjung one of the few Jewish students, whereafter he studied chemistry and medicine at the University of Vienna. Having graduated in 1881, he worked as assistant of Theodor Meynert at the psychiatric department of the General Hospital. 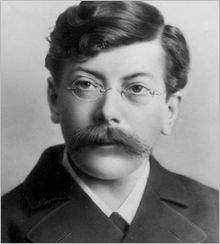 In 1878 he had married his wife Emma, their son Friedrich was born in 1879. From 1882 to 1889 the couple resided at 19 Berggasse in the Alsergrund borough of Vienna, an address that later became famous as the office of Sigmund Freud (the present-day Sigmund Freud Museum). 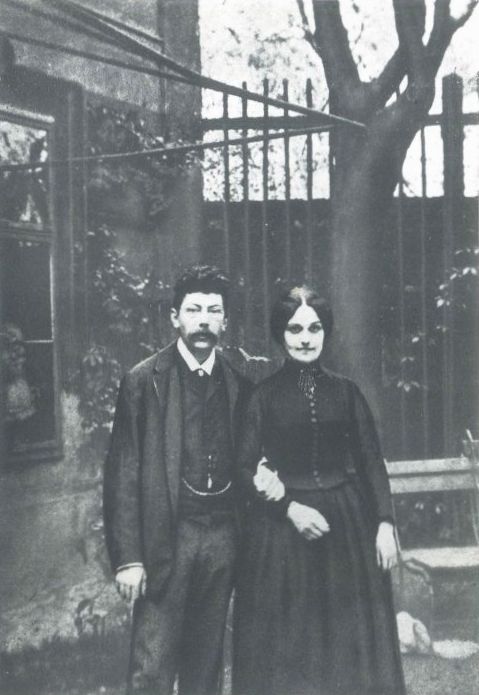 Adler initially supported the German national movement led by Georg Schönerer and worked on the 1882 Linz Program. However, Schönerer’s increasingly antisemitic policies, culminating in the amendment of an Aryan paragraph, led to an estrangement with Adler, who focussed on social issues. From 1886 he published the Marxist journal Gleichheit (Equality), covering the working conditions of the Wienerberger brick factory and agitating against the truck system.

After Gleichheit was banned, he issued the Arbeiter-Zeitung (Workers’ Paper) from 1889. Adler travelled to Germany and Switzerland, where he met with Friedrich Engels, August Bebel and Karl Liebknecht. He was charged several times for his activities and spent nine months in prison. 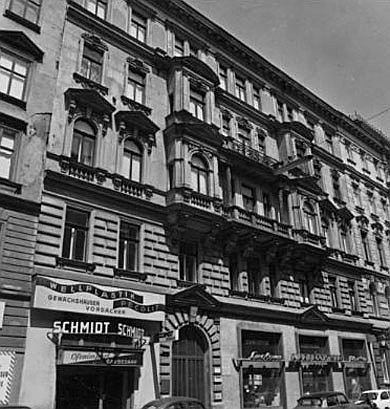 Adler, both a moderate and charismatic social democrat, was able to unite the Austrian labour movement under his leadership, fighting against the anti-socialist laws implemented by the Cisleithanian government of Minister President Eduard Taaffe in 1884. At an 1888 conference in Hainfeld he formed the Social Democratic Workers’ Party and became first chairman. As a member of the Imperial Council parliament from 1905, he played a leading role in the fight for universal suffrage, finally achieved under Minister President Max Wladimir von Beck in 1906, whereafter the Social Democrats emerged as winner from the 1907 Cisleithanian legislative election.

An active supporter of the Second International, Adler tried to maintain the unity of the Austrian Social Democrats beyond ethnic conflicts and backed the idea of the United States of Greater Austria replacing the Dual Monarchy.

Before World War I, Adler was leader of the Socialist Party in Vienna. He publicly backed the Imperial government’s decision to go to war, but had private misgivings. Entering the new Austrian government in October 1918, he advocated the Anschluss (unification) of the rump Austrian state with Germany but died of heart failure — coincidentally on the last day of World War I — before he could pursue this project. He was the father of Friedrich Adler. He died in Vienna.

Victor Adler was the member of the group to make the most visible mark in the realm of politics, most notably presiding over the Social Democrats in attainment of universal manhood suffrage in 1907 and the revolution that brought about the Austrian Republic in 1918. And his influence extended beyond his life in ways he could not have imagined: It was from Adler’s Social Democrats that Hitler claimed he learned the most about mass organization and psychology.

Adler was a central member of the circle from the beginning. Adler and Pernerstorfer were close friends and remained in significant contact throughout their lives. The earliest meetings of Circle members occurred in the home of Adler’s father, a prosperous Jewish merchant.

Adler shared his early enthusiasm for Schopenhauer with other members of the group. He was also one of the first members of the group to join the Academic Wagner Society (in 1876, one year after the Society’s founding) and to make a pilgrimage to Bayreuth. He was among the members of the Circle who signed a letter to Nietzsche indicating their goal to promote and follow the vision described in his Birth of Tragedy.

He, along with Engelbert Pernerstorfer (1850-1918) and Friedjung, were central in the development of the Linz Program and the deutschnational movement. At the same time, his work as a doctor in meeting the medical needs of the poor informed his vision of social reform. While involved in the deutschnational movement, he began making contact with socialist thinkers and leaders, many engaged in a highly nationalistic brand of Marxism. In 1886 he founded the socialist weekly Gleichheit (Equality) and in 1889 the Arbeiterzeitung (Worker Times). Over time, his interest in nationalist politics diminished in favor of activist socialism. However, Adler’s interest in art and culture (and in Wagnerian theories of mass will) were reflected in the cultural emphasis of socialism in Austria and in the spiritual and cultural symbolism of Adler’s political tactics and oratory.

Mahler first came into contact with the Pernerstorfer circle via Siegfried Lipiner (1856-1911). Victor Adler was hosting meetings at his home at the time that Mahler first entered the Circle. Apparently, Adler purchased a top quality piano for his house so that Mahler could practice on it. Further, he worked to find piano pupils for Mahler, providing Mahler with income while he attended the Vienna Conservatory.

Mahler’s interest in the circle reflects intense philosophical and metaphysical interests that were an integral part of his work as a composer and conductor. Mahler was influenced to some degree by Friedrich Nietzsche (1844-1900); he uses one of Nietzsche’s poems in Symphony No. 3. He changed his opinion of Nietzsche in his later life, though; during his courtship of Alma Mahler (1879-1964) he reacted with some horror to finding Nietzsche’s complete works on her bookshelf and demanded that she burn them immediately.

He certainly was influenced by Wagner. Besides conducting Wagner’s work, Alma Mahler noted in her commentary on Mahler’s letters that Mahler had often said that except for Wagner in (his book) Beethoven, only Schopenhauer in The World as Will and Idea had had anything worthwhile to say about the essence of music.

Mahler was also quick to espouse Wagner’s Vegetarianism, writing in November of 1880 that “I have been a complete vegetarian for a month. The moral effect of this way of life resulting from the voluntary servitude of my body and the resulting freedom from wants is immense. You can imagine how convinced of it I am when I expect a regeneration of the human race from it”

Mahler also shared with some other Circle members an interest in occult spiritualism. Mahlers residence in Steinbach is located opposite Nussdorf, where Victor Adler en Engelbert Pernerstorfer spend their summer holidays with their families.