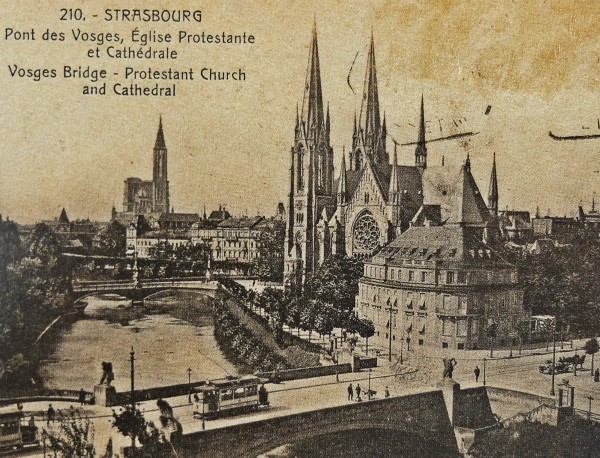 Strasbourg (Strossburi, Strassburg) is the capital and largest city of the Grand Est region of France and is the official seat of the European Parliament. Located close to the border with Germany in the historic region of Alsace, it is the capital of the Bas-Rhin département.

Strasbourg’s historic city centre, the Grande Île (Grand Island), was classified a World Heritage site by UNESCO in 1988, the first time such an honour was placed on an entire city centre. Strasbourg is immersed in the Franco-German culture and although violently disputed throughout history, has been a cultural bridge between France and Germany for centuries, especially through the University of Strasbourg, currently the second largest in France, and the coexistence of Catholic and Protestant culture. 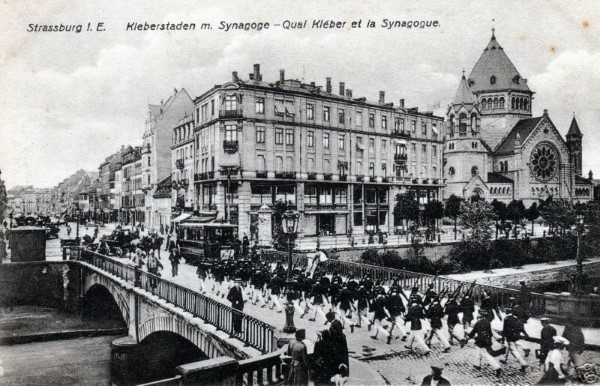 The Roman camp of Argentoratum was first mentioned in 12 BC; the city of Strasbourg which grew from it celebrated its 2,000th anniversary in 1988. The fertile area between the rivers Ill and Rhine (Grand Ried and Petit Ried) had already been populated since the middle Paleolithic. 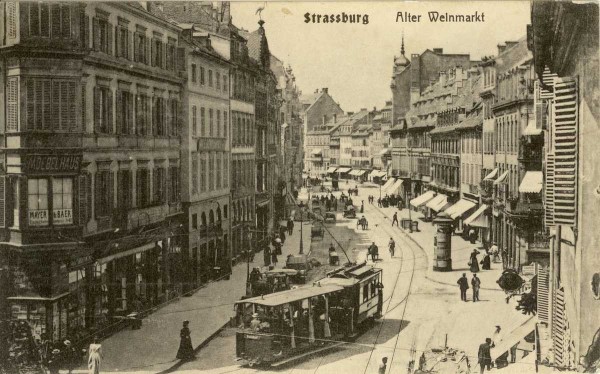 Between 362 and 1262, Strasbourg was governed by the bishops of Strasbourg; their rule was reinforced in 873 and then more in 982. In 1262, the citizens violently rebelled against the bishop’s rule (battle of Hausbergen) and Strasbourg became a Free imperial city. It became a French city in 1681, after the conquest of Alsace by the armies of Louis XIV. In 1871, after the Franco-Prussian War, the city became German again, until 1918 (end of World War I), when it reverted to France. After the defeat of France in 1940 (World War II), Strasbourg came under German control again; since the end of 1944, it is again a French town. In 2016, Strasbourg was promoted from capital of Alsace to capital of Grand Est. 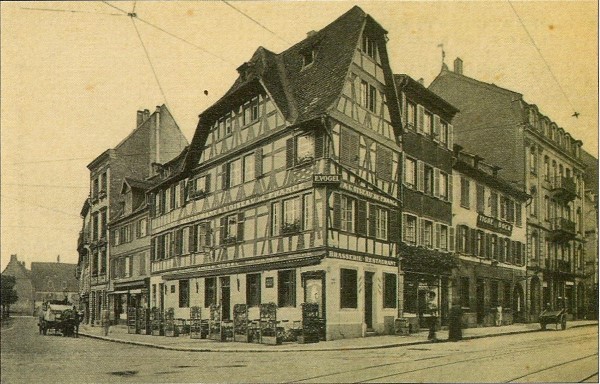 Strasbourg played an important part in Protestant Reformation, with personalities such as John Calvin, Martin Bucer, Wolfgang Capito, Katharina Zell, but also in other aspects of Christianity such as German mysticism, with Johannes Tauler, Pietism, with Philipp Spener, and Reverence for Life, with Albert Schweitzer. It was also one of the first centres of the printing industry with pioneers such as Johannes Gutenberg, Johannes Mentelin, and Heinrich Eggestein. Among the darkest periods in the city’s long history were the years 1349 (Strasbourg massacre), 1793 (Reign of Terror), 1870 (Siege of Strasbourg) and the years 1940–1944 with the Nazi occupation (atrocities such as the Jewish skeleton collection) and the British and American bombing raids. Some other notable dates were the years 357 (Battle of Argentoratum), 842 (Oaths of Strasbourg), 1538 (establishment of the university), 1605 (world’s first newspaper printed by Johann Carolus), 1792 (La Marseillaise), and 1889 (pancreatic origin of diabetes discovered by Minkowski and Von Mering).

The city is chiefly known for its sandstone Gothic Cathedral with its famous astronomical clock, and for its medieval cityscape of Rhineland black and white timber-framed buildings, particularly in the Petite France district or Gerberviertel (“tanners’ district”) alongside the Ill and in the streets and squares surrounding the cathedral, where the renowned Maison Kammerzell stands out.