The Hotel Askanischer Hof (also written Ascanischer Hof) was in the Wilhelminian era and in the early years of the Weimar Republic a well-known hotel in the German capital Berlin, in which also the writer Franz Kafka stayed several times. The hotel was established in 1878 and closed in 1923.

The Hotel Askanischer Hof was located on the south-western side of the Königgrätzer Straße which is reminiscent of the Askanian family from the house of Anhalt. The long Königgrätzer road connected the Potsdamer Platz with the Hallesches Ufer near the former Belle-Alliance-Platz (today: Mehring-Platz).

The Hotel Askanischer Hof was located just north of the center between the two main train stations, which connected Berlin with the south of Germany and Europe, the Potsdam station and the Anhalter station. The exact location of the hotel was in the row of houses between the junctions of the Dessauer and the Köthener road. Diagonally across from the Hotel Askanischer Hof was located at the junction of the extended Zimmerstraße (later: Prinz-Albrecht-Straße, today: Niederkirchnerstraße) in the Königgrätzer street the Ethnological Museum. 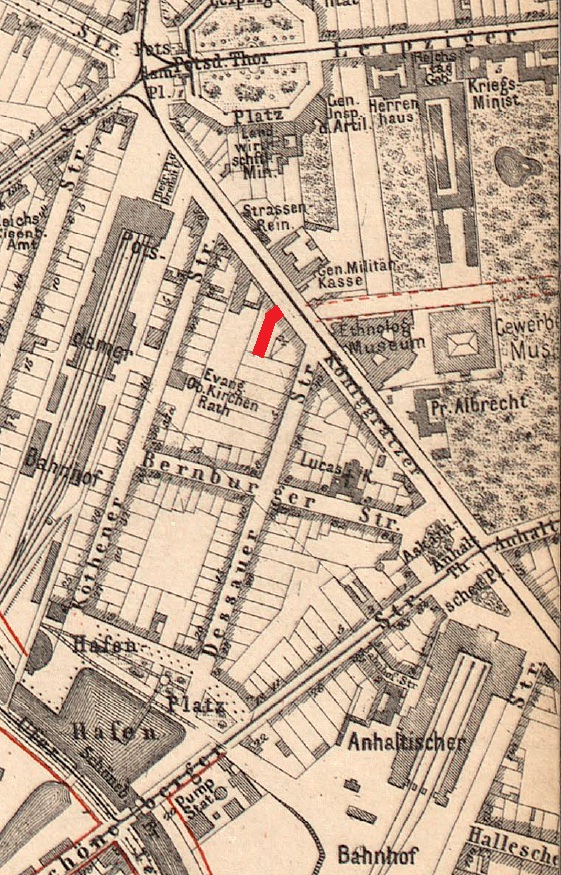 The area between the Potsdam and the Anhalter station at the beginning of the 1880s experienced a rapid development, which was characterized by the establishment of new roads and numerous new buildings (museums, hotels, private buildings and authorities).

Owner of the property Koniggrätzer street 21 in 1876 was the Secretary of Commerce Lachmann, who had rented the building on this property to a large number of private individuals and small traders. In 1877 he had the house rebuilt to accommodate a hotel business. Since 1878, the Hotel Askanischer Hof is already indicated in the Berlin street directory with the address Königgrätzer street 21. First owner of the hotel was A. Trabert. 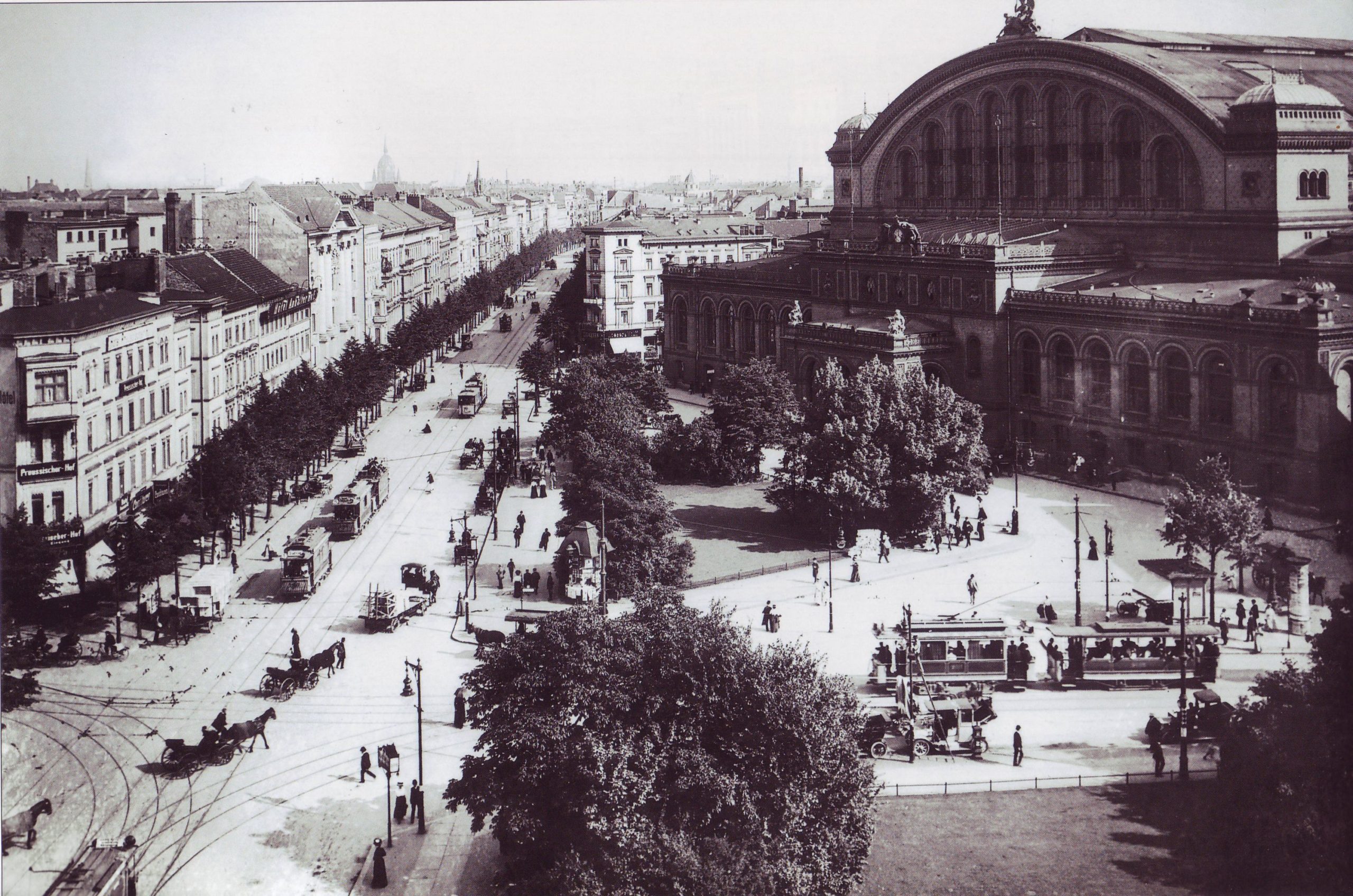 The Askanischer Hof had 50 rooms with 70 beds, had its own restaurant, bathrooms and a garden terrace. Motorists could later park their vehicle in a hotel car hall. The Grieben travel guide from 1920 expects the hotel to the – compared to the grand hotels – less luxurious hostels, but it is recommended.

Judging from the prices that the Askanische Hof demanded for his rooms, it was one of the more expensive small hotels and must have offered his guests accordingly upscale accommodation. Both in the Prinz-Albrecht-Straße and near the two mentioned stations there were several other hotels.

The Prague writer and poet Franz Kafka has been a guest at the Hotel Askanischer Hof in Berlin several times.

In 1923, the hotel was rented by its owner Zuelsdorf permanently to various business enterprises. Obviously, a hotel business that was open to a general public, from that time onwards no longer took place. Since 1924, the hotel Askanischer Hof is therefore no longer listed in the hotel list of the Berlin address book. In 1931, a building management company took over the building and continued to lease it to various commercial parties.

The House of Ascania (German: Askanier) is a dynasty of German rulers. It is also known as the House of Anhalt, which refers to its longest-held possession, Anhalt.The Ascanians are named after Ascania (or Ascaria) Castle, known as Schloss Askanien in German, which was located near and named after Aschersleben. The castle was the seat of the County of Ascania, a title that was later subsumed into the titles of the princes of Anhalt.