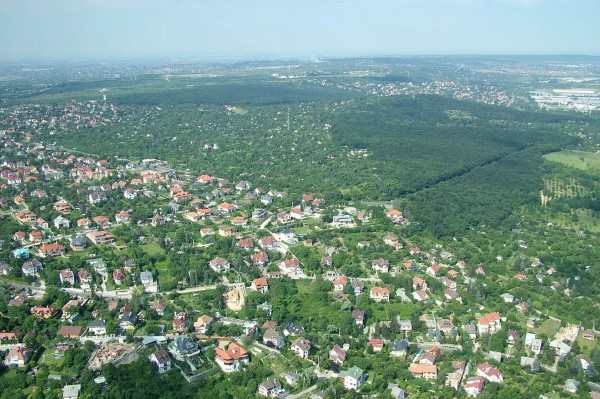 Budafok (German: Promontor; literally “Promontory near Buda, or Buda Point”) is a neighbourhood in Budapest, Hungary. It is situated in the southwestern part of Buda, near the Danube, and belongs to District XXII. Budafok was an independent municipality before 1950. The village was known for wine and champagne making.

Budafok was for many years known as ‘Promontor’ from the Latin Promontorium, meaning headland, but in 1886, the name was changed to its Hungarian equivalent, Budafok. In 1950 Budafok was merged into Budapest together with Nagytétény and Budatétény, forming Budapest’s district XXII. Budafok-Tétény is the official name of the district which covers 43 square kilometers and contains Budafok proper.

Historically, Budafok was ideal for wine production because of the Tétényi plateau and its slopes along the Danube. Budafok was home to what used to be the most important vineyard of the greater Budapest area as well as Central Hungary. In 1880, with increasing commercial wine production underway, a union of wine producing and bottling industries created a cellar network hollowed out of the limestone beneath Budafok. The cellar system, 25 kilometers in length and the largest in all of Europe, is still extant today. As such, Budafok is commonly referred to as “Cellar Town.”

Today, there is still a huge wine-cellar system with hundred-year old casks; among them the second largest cask in Hungary. The leading historical oenological site in Budafok is the wine cellars of József Törley & Co which can still be visited. Other wine producers still operating there are Hungarovin Rt, Promontorvin Rt and Budafokvin Kft. In 1899, Budafok was electrified by the Tiszántúli Áramszolgáltató Rt. (East-Hungarian Power Supply Company Ltd.).