Lake Misurina is the largest natural lake of the Cadore and it is 1,754 m above sea level, near Auronzo di Cadore (Belluno). The lake’s perimeter is 2.6 km long, while the maximum depth is 5 m. 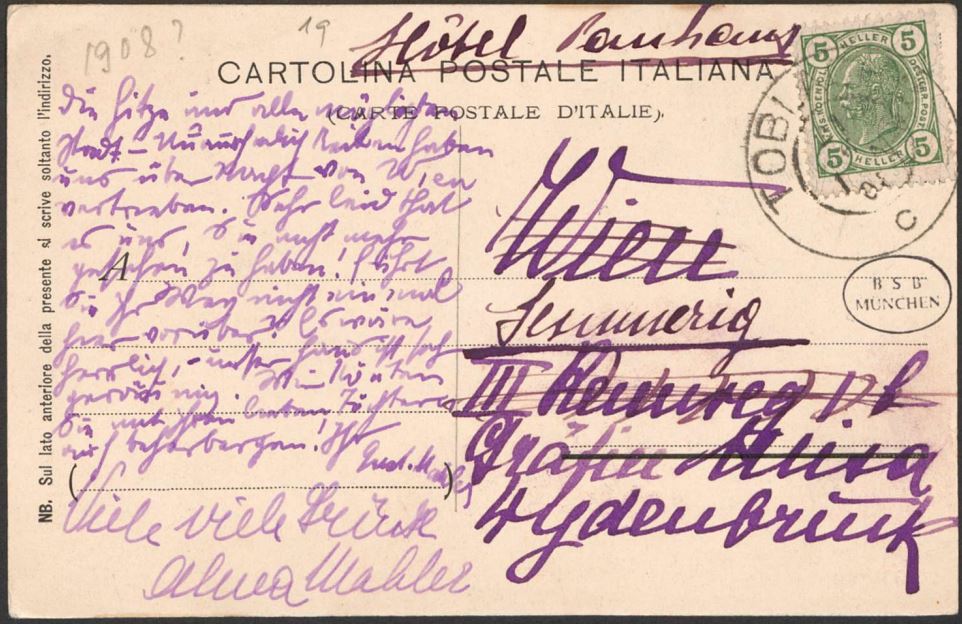 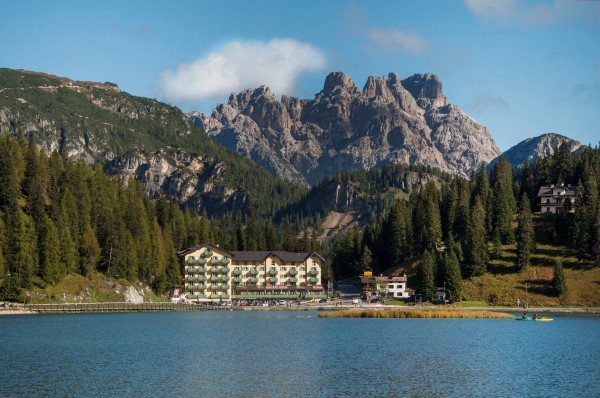 The particular climatic characteristics of the area around the lake provide particularly good air for those who have respiratory diseases. At the shore of the lake, in the former Grand Hotel Misurina, is the only center in Italy for the care of childhood asthma. 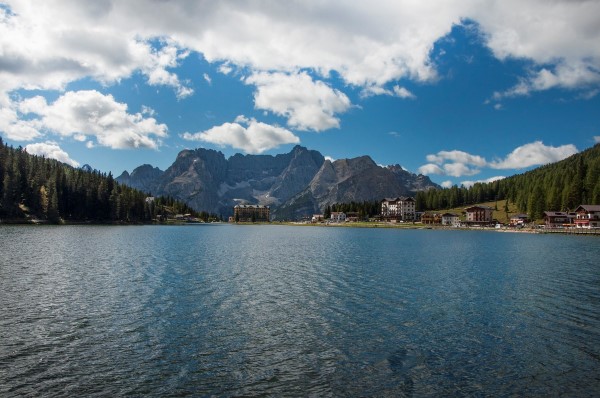 There are at least two different legends associated with Lake Misurina. In the first one, which was also made famous by the song “Sabato pomeriggio” by Claudio Baglioni, Misurina is a little capricious and spiteful girl who lives literally held in the palm of the hand of her gigantic father, the king Sorapiss who, to fulfill another desire and obtain for her the magic mirror from the Queen of Monte Cristallo, is transformed into a mountain.

During the last stages of the transformation he sees his daughter fall and her tears flow like rivers and form the lake beneath which his daughter will forever lie with the magic mirror.

In the second one, Mesurina (a later nickname) is a daughter of wealthy merchants from Venice who send her away to the mountains, her father anxious not to fulfill a prophecy that would see the girl give away all their possessions. Following some tragic amorous events vaguely reminiscent of Romeo and Juliet, the girl dies, and she is recognized on the point of death by a lover from whom she was separated by deception from the stables of his father and a servant sent by him.

House Wydenbruck – Rennweg No. 1a