The fair copy of the full score was a gift from Alma Mahler (1879-1964) to the Dutch conductor Willem Mengelberg (1871-1951) on her visit to the Gustav Mahler Festival Amsterdam 1920. See her entry in the commemorative book. Willem Mengelberg (1871-1951) bequeathed it to the Amsterdam Royal Concertgebouw thereby ensuring that the manuscript remained in the Netherlands. Facsimile edition in 1995 as part of the Gustav Mahler Festival Amsterdam 1995. Manuscript is undated and has no title-page.

Alma Mahler (1879-1964) had already made a gift of one of her husband’s manuscripts to Willem Mengelberg (1871-1951) on the occasion of the conductor’s debut in Vienna with the Vienna Philharmonic Orchestra (VPO) in 1917. The first concert on 30-12-1917 included Das Lied von der Erde, and thus it was entirely appropriate the gift comprised the important autographs of Lied 6: Der Abschied of Das Lied von der Erde. It is now in the possession of the Gemeente Museum in the City of The Hague. See also 22-03-2017.

The record of the creation of Mahlers Symphony No. 7, as reflected in the surviving manuscripts, is woefully incomplete. On the other hand, much more material has been preserved and located thus far for this symphony than for Symphony No. 5 and Symphony No. 6 (the other two companion middle-period symphonies).

Only the draft orchestral score of Movement 1: Langsam (Adagio) – Allegro risoluto, ma non troppo in the Bruno Walter Collection in the New York Public Library for the Performing Arts at the Lincoln Center – is dated by the composer: “Maiernigg 15-08-1905 / Septima finita”. 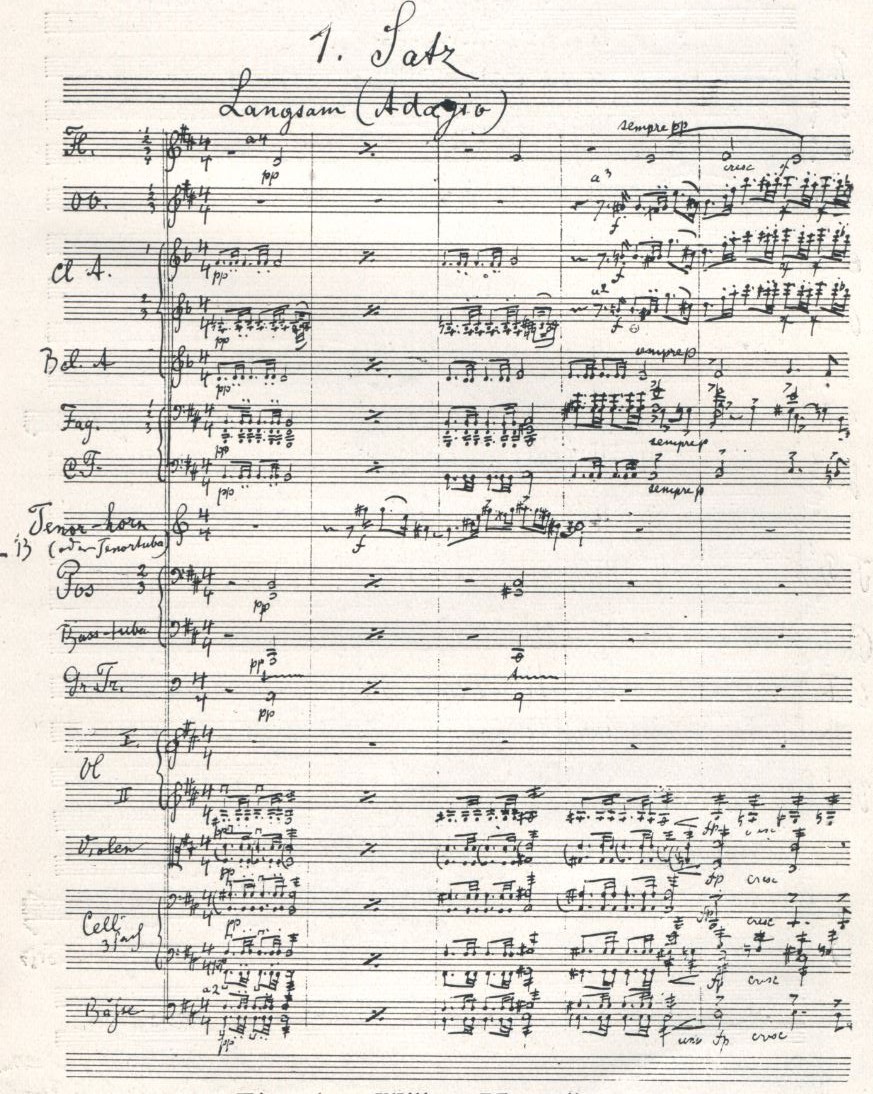 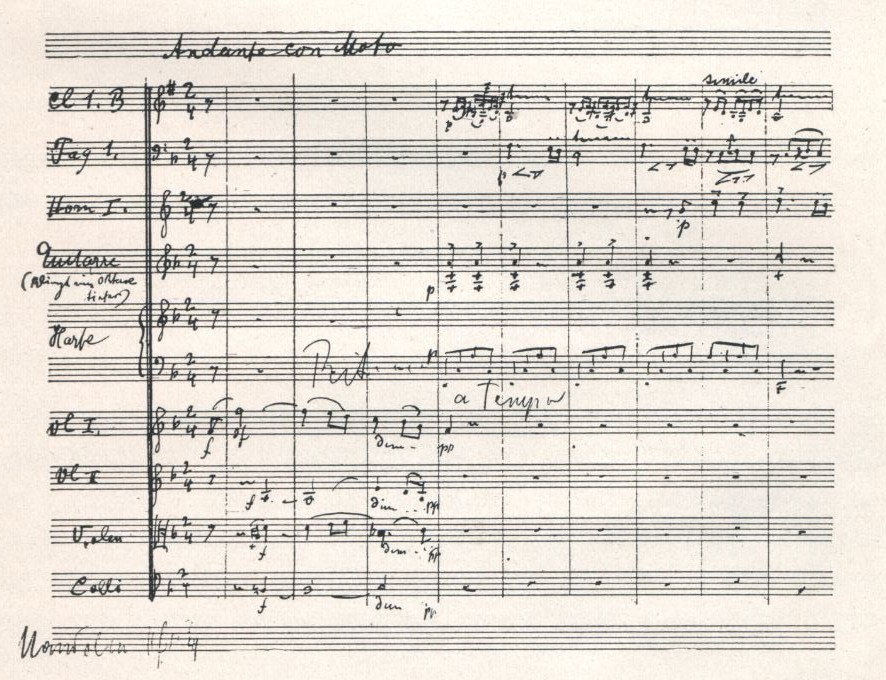 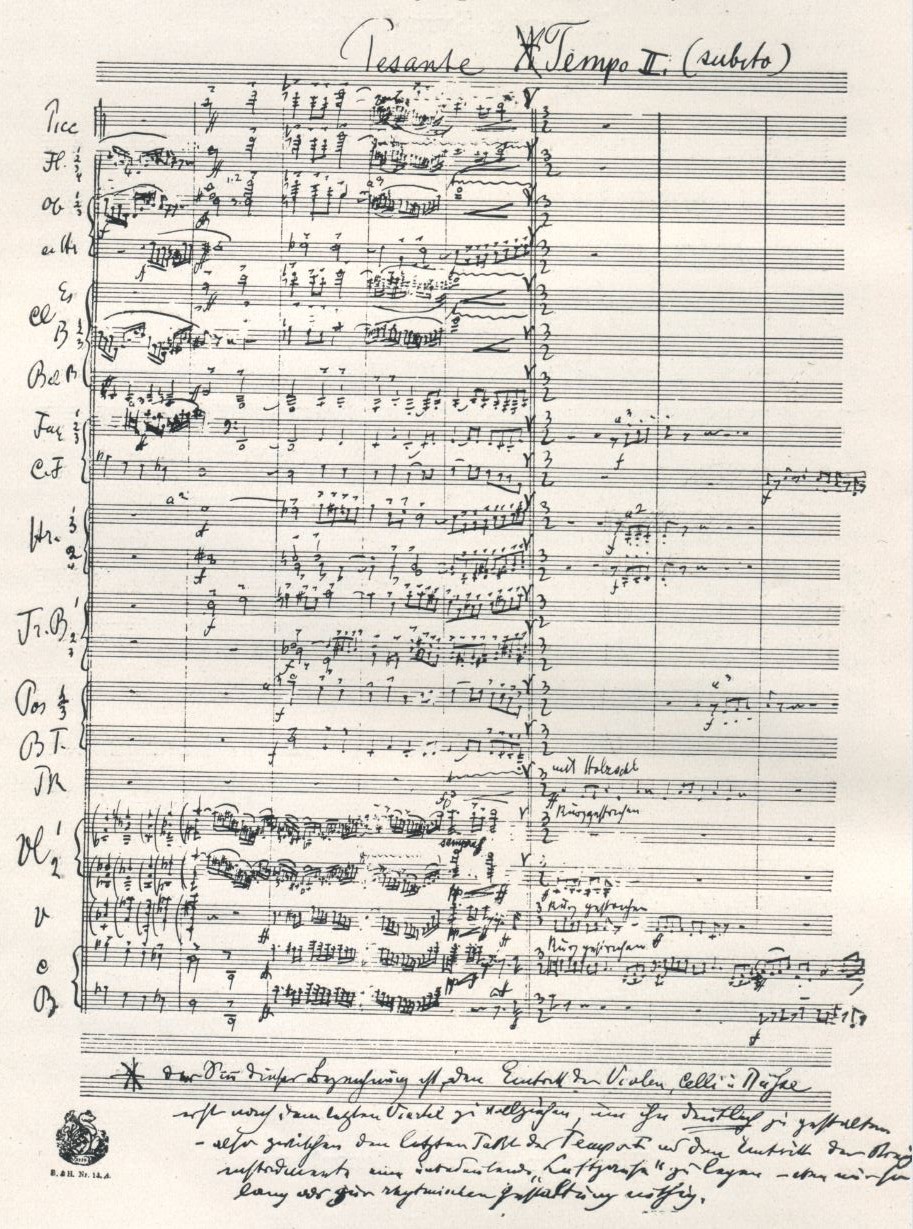