Engelbert Pernerstorfer was one of the most politically and ideologically radical members of the Circle. He grew up in a very poor household, in contrast to the prosperous middle-class background of other early members of the Circle. He also came from a revolutionary background, his father having taken part in the revolution of 1848. He was most visible as one of the founders of the pan-German (deutschnational) movement and the Linz Program and — in the early part of the 20th century — as the socialist delegation leader in the lower house of Parliament.

In 1880, working within the Circle members and the Deutscher Klub (an new manifestation of members of the dissolved Deutsche Leseverein), he also originated and developed the idea of the Deutscher Schulverein, with the goal of maintaining German education and language in the border areas of Austria. Promoted by the Deutscher Klub, the Schulverein grew to 90,000 members by the early 1880’s.

He served as editor of the Deutscher Klub’s newspaper, the Deutsche Worte, his opening editorial promoting social concern and the conviction that the roots of the German folk were under attack by the liberal governments and laissez-faire economics. He called instead for the re-establishment of a distinctly German essence in politics to counteract this liberal cosmopolitanism.

His articles in Deutsche Worte also evidence his belief that attainment of a Schopenhauerian spiritual unity and community was the ultimate goal of political and social reform. He challenged the individualistic outlook of liberalism as well as the separation of the aesthetic and political realms, opting instead for a unity based in a distinct national identity expressed in both art and politics. He argued against the dispassionate style of liberal politics and those who criticized the dramatic political gestures of German nationalists by saying, “for the party whose political creed is not least of all a matter of the heart, the inner fire sometimes stands out extraordinarily.”

Like other members of the Circle, Pernerstorfer believed in the valuable role that art had to play in social reform. By the turn of the century, he worked as a theater critic for the socialist party paper, the Arbeiter Zeitung. He went on to develop a social-democratic party theater in 1906 — the Wiener Freie Volksbühne — aimed at the working classes. 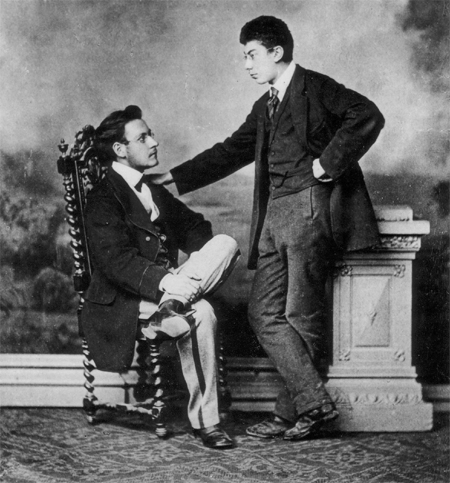