Lived in Budapest and in Florence. Miss Gisela Tolney-Witt

Mahler rationalized his own maximalism to the nine-year-old Gisela Tolney-Witt, who had no doubt been prompted to write to him by a conservative parent or teacher. Why, she appears to have asked, did he need such a large instrument as the extended Wagnerian symphony orchestra.

A number of Mahler’s symphonies contain climactic accumulations and releases of musical-expressive energy that overspill conventional boundaries between the aesthetic and the sensational, the spiritual and the physical, high art and the popular. These might be said to define something of the ‘problem’ that his music represented for many of his contemporaries. They are still infrequently confronted in terms of their elaborately staged excess, as if mocking the metaphorical language of harmonically contrived ‘tension and resolution’ by revealing, in spite of conventional mockery of ‘programmaticism’, what such notionally formal or ‘theoretical’ language always implies.

Even Lawrence Dreyfus’s recent exploration of the ‘erotic impulse’ in Wagner’s music was to some degree hedged by symptomatic analysis of Wagner’s supposed ‘decadence’, although it valuably opened up the field and offered insight into key features of post-Wagnerian, late-romantic music. Mahler himself, in a famous letter to Gisela Tolnay-Witt, situated these in the specific, socio-cultural characteristics of symphonic music in an era of mass consumption by ever larger numbers of people in ever larger spaces. The history and changing implications of these climactic moments in Mahler’s symphonies will be sketched here with reference to their often explicitly transgressive implications. 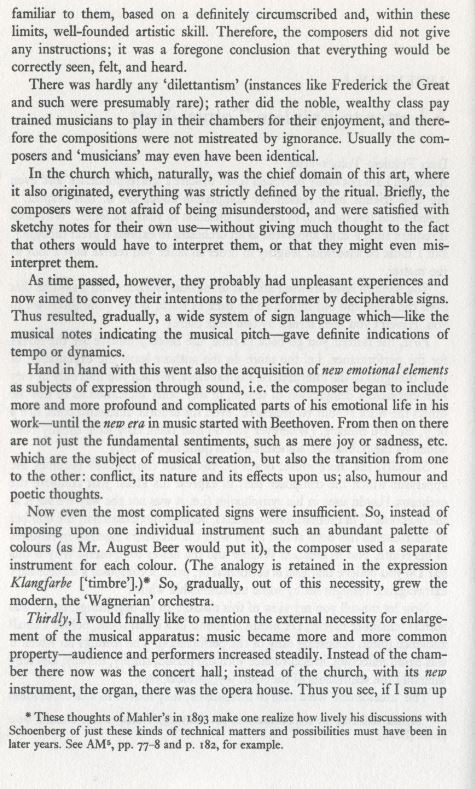 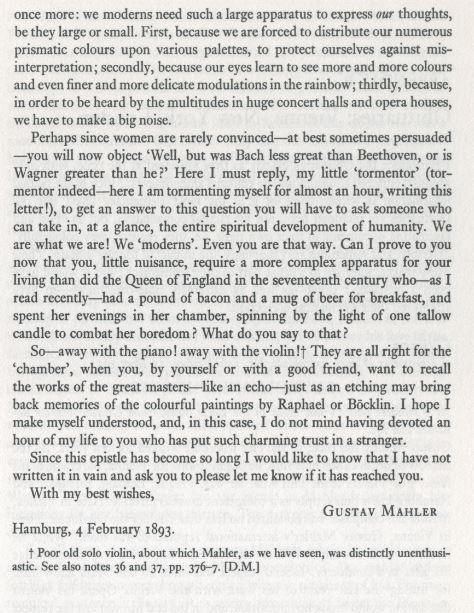