Gatti-Casazza was born at Udine, in northeastern Italy, and in 1893 succeeded his father as manager of the municipal theatre in Ferrara. He was manager of La Scala in Milan from 1898 to 1908, before his move to New York City. He was head of the Metropolitan Opera from 1908 to 1935. Under his leadership the Metropolitan enjoyed a prolonged era of artistic innovation and musical excellence. He brought with him conductor Arturo Toscanini, who led the company in performances of Verdi, Wagner and others that set standards for the company for decades to come. Gustav Mahler also was a Met conductor during Gatti-Casazza’s first two seasons and in later years conductors Tullio Serafin and Artur Bodanzky led the company in the Italian and German repertories respectively. 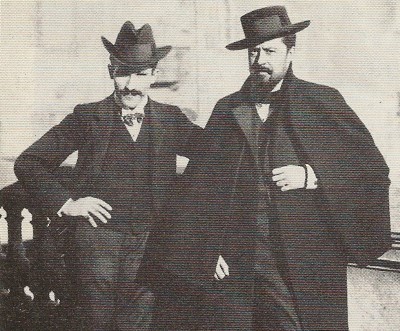 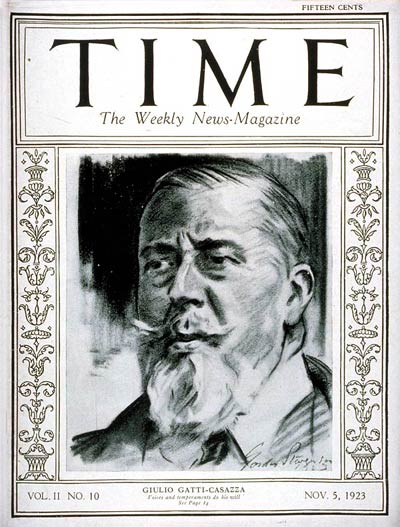 For his accomplishments Gatti-Casazza was one of the first Italians (and the first Italian living in the United States) to be featured on the cover of Time Magazine. He was on the weekly’s cover twice; on Nov. 5, 1923, and again on Nov. 1, 1926. In 1910, Gatti-Casazzi married the soprano Frances Alda; they divorced in 1928 and he married the dancer Rosina Galli. In 27 years of hard work and growng success, Gatti-Casazza accomplished his goal of making the Metropolitan one of the top opera theaters in the world. He retired in 1935 and spent the last years of his life in his native Italy. He died in 1940 in Ferrara.