Johann Christoph Friedrich von Schiller was a German poet, philosopher, historian, and playwright. During the last seventeen years of his life (1788–1805), Schiller struck up a productive, if complicated, friendship with already famous and influential Johann Wolfgang von Goethe. They frequently discussed issues concerning aesthetics, and Schiller encouraged Goethe to finish works he left as sketches. This relationship and these discussions led to a period now referred to as Weimar Classicism. They also worked together on Xenien, a collection of short satirical poems in which both Schiller and Goethe challenge opponents to their philosophical vision.

Friedrich Schiller was born on 10 November 1759, in Marbach, Württemberg as the only son of military doctor Johann Kaspar Schiller (1733–96) and Elisabeth Dorothea Kodweiß (1732–1802). Schiller grew up in a very religious family and spent much of his youth studying the Bible, which would later influenced his dramatic style of writing as a playwright. They also had five daughters. His father was away in the Seven Years’ War when Friedrich was born. He was named after king Frederick the Great, but he was called Fritz by nearly everyone. Kaspar Schiller was rarely home during the war, but he did manage to visit the family once in a while. His wife and children also visited him occasionally wherever he happened to be stationed. When the war ended in 1763, Schiller’s father became a recruiting officer and was stationed in Schwäbisch Gmünd. The family moved with him. Due to the high cost of living—especially the rent—the family moved to nearby Lorch.

Although the family was happy in Lorch, Schiller’s father found his work unsatisfying. He sometimes took his son with him. In Lorch, Schiller received his primary education. The quality of the lessons was fairly bad, and Friedrich regularly cut class with his older sister. Because his parents wanted Schiller to become a pastor, they had the pastor of the village instruct the boy in Latin and Greek. Pastor Moser was a good teacher, and later Schiller named the cleric in his first play Die Räuber (The Robbers) after him. As a boy, Schiller was excited by the idea of becoming a cleric and often put on black robes and pretended to preach.

In 1766, the family left Lorch for the Duke of Württemberg’s principal residence, Ludwigsburg. Schiller’s father had not been paid for three years, and the family had been living on their savings but could no longer afford to do so. So Kaspar Schiller took an assignment to the garrison in Ludwigsburg. There the Schiller boy came to the attention of Karl Eugen, Duke of Württemberg. He entered the Karlsschule Stuttgart (an elite military academy founded by the Duke), in 1773, where he eventually studied medicine. During most of his short life, he suffered from illnesses that he tried to cure himself.

While at the Karlsschule, Schiller read Rousseau and Goethe and discussed Classical ideals with his classmates. At school, he wrote his first play, The Robbers, which dramatizes the conflict between two aristocratic brothers: the elder, Karl Moor, leads a group of rebellious students into the Bohemian forest where they become Robin Hood-like bandits, while Franz Moor, the younger brother, schemes to inherit his father’s considerable estate. The play’s critique of social corruption and its affirmation of proto-revolutionary republican ideals astounded its original audience. Schiller became an overnight sensation. Later, Schiller would be made an honorary member of the French Republic because of this play. 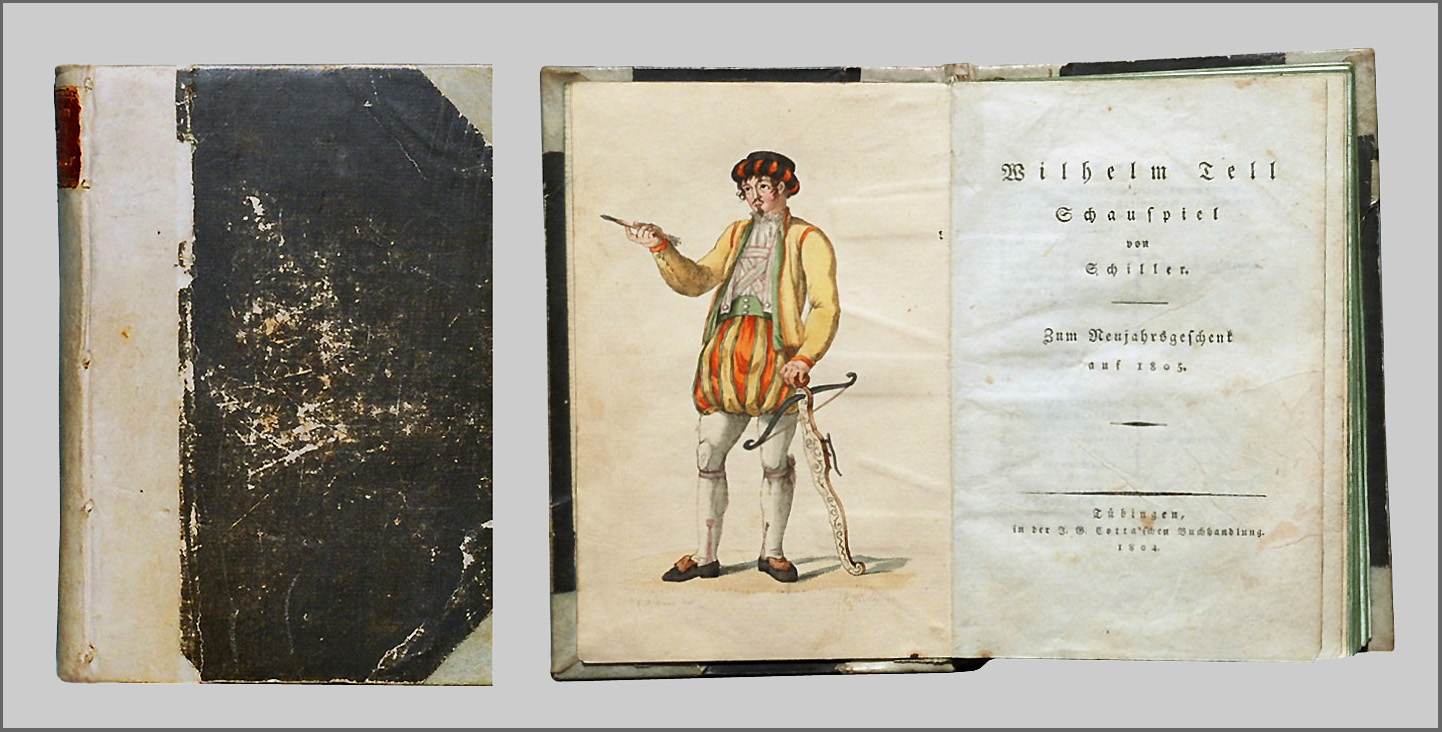 In 1780, he obtained a post as regimental doctor in Stuttgart, a job he disliked. In order to attend the first performance of The Robbers in Mannheim, Schiller left his regiment without permission. As a result, he was arrested, sentenced to 14 days of imprisonment, and forbidden by Karl Eugen from publishing any further works. He fled Stuttgart in 1782, going via Frankfurt, Mannheim, Leipzig, and Dresden to Weimar. Along this journey he had an affair with an army officer’s wife Charlotte von Kalb. She was at the centre of an intellectual circle, and she was known for her cleverness and instability. Schiller needed help to extricate himself from his family and friends. Schiller settled in Weimar in 1787. In 1789, he was appointed professor of History and Philosophy in Jena, where he wrote only historical works.

Schiller returned with his family to Weimar from Jena in 1799. Goethe convinced him to return to playwriting. He and Goethe founded the Weimar Theater, which became the leading theater in Germany. Their collaboration helped lead to a renaissance of drama in Germany. For his achievements, Schiller was ennobled in 1802 by the Duke of Weimar, adding the nobiliary particle “von” to his name. He remained in Weimar, Saxe-Weimar until his death at 45 from tuberculosis in 1805.