Kirill Garrievich Petrenko is a Russian-Austrian conductor, currently the Generalmusikdirektor (General Music Director) of the Bavarian State Opera, and the chief conductor of the Berlin Philharmonic Orchestra (BPO) in the 2019-2020 season, succeeding Sir Simon Rattle.

Petrenko was born in Omsk, Russia to a violinist father and musicologist mother. He is of Jewish descent. His father was born in Lviv (now in Ukraine). Petrenko studied piano as a youth, and made his public debut as a pianist at age 11. At age 18, he and his family emigrated to Austria, where his father played in the Symphony Orchestra Vorarlberg. Petrenko studied music at the Vorarlberger Landeskonservatorium in Feldkirch, Vorarlberg, graduating with honours in piano studies. He continued his musical studies in Vienna at the University of Music and Performing Arts, Vienna, where his teachers included Uroš Lajovic. His other conducting teachers and mentors have included Myung-Whun Chung, Edward Downes, Péter Eötvös and Semyon Bychkov. 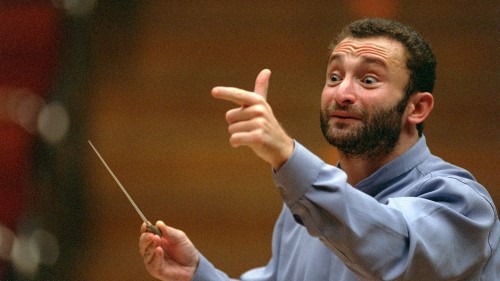 Petrenko made his conducting debut in opera in 1995 in Vorarlberg with a production of Benjamin Britten’s Let’s Make an Opera. He was a Kapellmeister at the Vienna Volksoper from 1997 to 1999. From 1999 to 2002, he was Generalmusikdirektor of the Südthüringisches Staatstheater, Das Meininger Theater (Meiningen, Germany), where his work included conducting the four operas of Richard Wagner’s Der Ring des Nibelungen in 2001 on four consecutive days, his first professional conducting engagement with the operas of Wagner. More recently, he has conducted Wagner’s complete Ring Cycle annually at the Bayreuth Festival in 2013, 2014, and 2015. 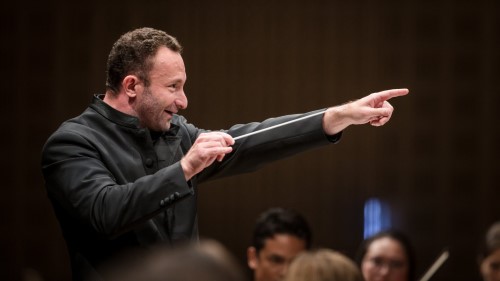 Petrenko first guest-conducted the Berlin Philharmonic in 2006, and returned for guest engagements in 2009 and 2012. He had been scheduled for a December 2014 guest appearance with the orchestra, but withdrew at short notice because of injury. In June 2015, the Berlin Philharmonic announced the election of Petrenko as its next chief conductor. This appointment is Petrenko’s first appointment to a chief conductorship of a symphony orchestra which is not affiliated with an opera company.

During the 2014 Crimean crisis, Petrenko called for a solution that would respect Ukraine’s sovereignty.